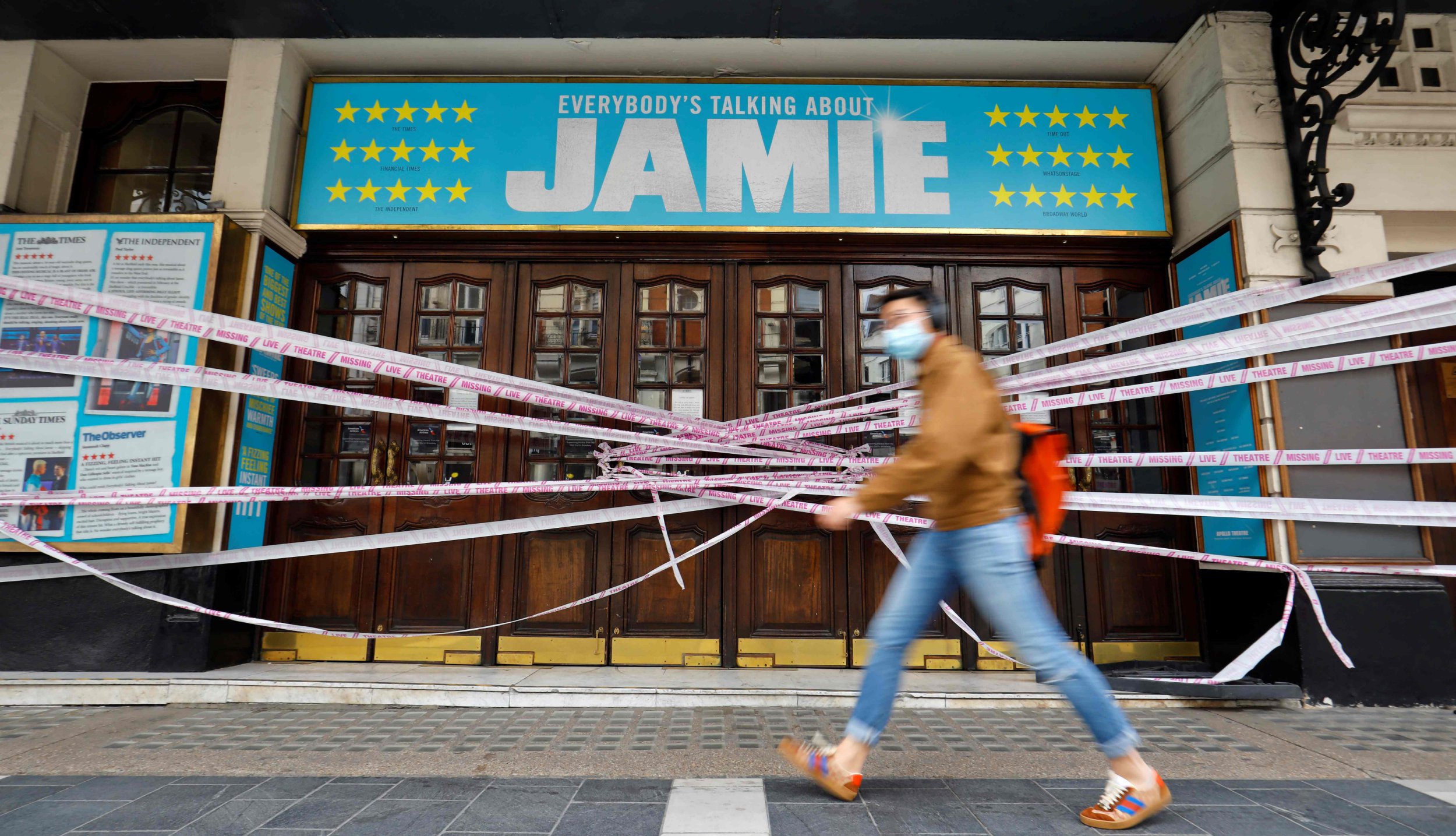 London theatre lovers have been warned West End shows are unlikely to reopen in May – despite Boris Johnson’s optimistic roadmap out of lockdown.

Indoor performances could be allowed from May 17, although the rule of six or two households is likely to apply.

They may be allowed to open at full capacity from June 21 as the Government hopes to remove all limits on social contact.

However, industry experts say the plan leaves ‘questions to be answered’ as most shows will take ‘months’ to relaunch.

Theatre producer Eleanor Lloyd, who is also president of the Society of London Theatre, said: ‘The detailed document issued by government contains significant caveats for the target dates to be met and crucially those dates will only be confirmed one week in advance.

‘Most West End shows need several months and significant financial investment to remount so I think it is likely that the re-opening of the West End will take place over the months following the green light being given.’

Theatres have been closed since the first lockdown, although some were briefly opened at reduced capacity.

The arts industry has benefited from a £1.57 billion Culture Recovery Fund during the pandemic, with the Government saying it is ‘completely committed’ to supporting theatres, heritage, historic palaces, museums, galleries, live music and independent cinema.

However, some theatres have still been forced to close permanently, with thousands of jobs lost as the virus continues to wreak havoc.

David Hutchinson, Chief Executive Officer of production company Selladoor Worldwide, has called on Chancellor Rishi Sunak to announce ‘a package of sector-specific recovery support to help theatres and productions get back on their feet again’ as part of his budget next week.

He said: ‘This should include an extension of job support schemes for freelance and salaried practitioners until the summer.

‘An extension on 5% VAT on tickets until 2022. An extension of business rate holidays for theatres and performing art venues until 2022 and a double of the Theatre Tax Relief scheme to support producers and individuals in launching shows and re-engaging audiences after an almost 18-month absence.’

Jon Morgan of the Theatres Trust has added: ‘Theatres Trust welcomes the Prime Minister’s announcement of a “not before” date of 17 May for theatres to reopen with social distancing and capacity limits, but we recognise that this will be subject to the Covid data nearer the time.

‘We also recognise that this means that many theatres, who cannot operate viably with lower audiences under social distancing, will need to wait longer before reopening.

‘Theatres Trust supports the Government’s cautious approach to easing lockdown restrictions. We want to play our part in helping keep people safe and we do not want to be in a situation where theatres reopen too early only to be forced to close again after a short period.

‘The Job Retention Scheme and the Culture Recovery Fund have provided vital support for the sector so far. We are pleased to hear that the Government is committed to continued support to protect jobs.

‘It is important that this is targeted to reflect the differing realities for different sectors depending on where they are on the reopening roadmap.

‘The theatre sector continues to work with the Government to establish as clear a pathway as possible to reopening and to identify any mitigating measures that would allow a return to full audiences.’