Forecasters say the country is set for another wet and unsettled week after last week’s biblical downpours saw over a month’s worth of rain fall within 24 hours. That came after one of the wettest Octobers on record left ground across northern parts of the country saturated and unable to absorb further heavy rainfall. Severe “threats to life” warnings remained in force ahead of the expected fresh downpours. 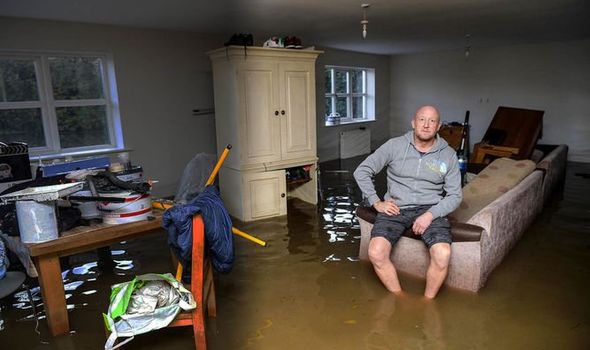 The horrific aftermath of the widespread flooding on Thursday and Friday, which saw former High Sheriff of Derbyshire Annie Hall, swept to her death, continued.

Many parts of Fishlake, near Doncaster in South Yorkshire, remained under 3ft of water from the nearby River Don and only tractors were able to get in by road.

About half of the village’s 700 residents were evacuated. Angry householders hit out at the authorities for a lack of communication and support, with many claiming the emergency services’ warning was “too little, too late”. 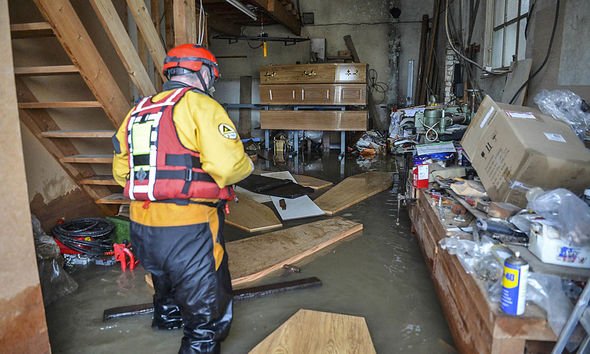 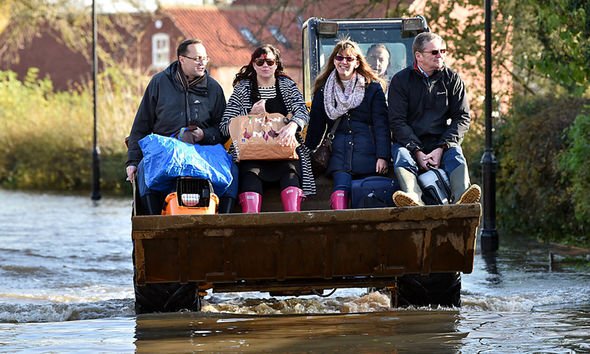 Builder Mark Sengelow, 47, woke up on Saturday to find his house under 2ft of dirty water.

He has been forced to seek refuge at a friend’s house with his partner and three children.

Mark said: “It stinks, the water is dirty and there’s debris and sewage in it. It was heartbreaking to see the house ruined like that.

“We had a brand new carpet laid and I kitted out the double garage as a cinema room for the kids. That’s all gone.”

New parents Dan Greenslade and Jade Croft cannot get back to their home after the birth of baby daughter Indie on Friday.

The couple had spent around £5,000 renovating their house ahead of the arrival of their first child. 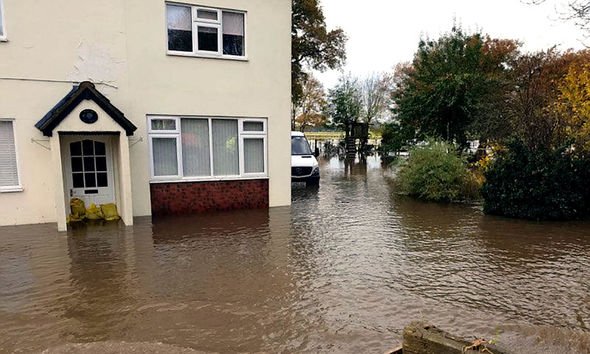 “All the heavy stuff, the fridge, the sofa, the furniture, will be ruined,” said marketing manager Dan, 34.

“All the baby clothes and things are in the house and we can’t get back to get them.”

And at a funeral parlour in the village emergency workers found coffins floating around in flood water.

Five severe “danger to life” flood warnings, all along the River Don, remained in place last night, according to the Environment Agency.

These were in addition to 44 flood warnings and 103 alerts across the rest of England.

Local council: How to find your local council – Who is YOUR local MP?