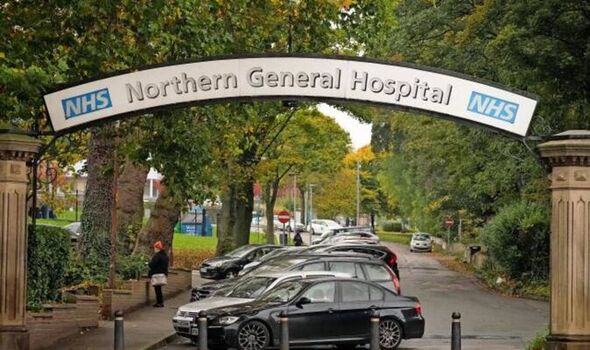 The woman was quizzed by a manager after having made a “lighthearted” comment about being so hot she took off her pants.

But an employment tribunal heard that the woman, who was transitioning, had been the victim of abuse.

She claims an offensive note in her hospital locker – telling her “Get out, you tranny freak”– left her crying.

The woman also alleged she heard female staff saying: “I am sick to death of this bloke with a d*** pretending to be a woman.”

The Leeds tribunal was told she started work in a non-medical role in 2020 for Sheffield Teaching Hospitals NHS Foundation Trust, based at the Northern General Hospital.

Staff were informed the woman, who cannot be identified, would use female facilities.

The Trust had urged workers to be respectful to her. But she said abuse started immediately she joined.

And having resigned last year, she was successful in suing for gender reassignment discrimination.

Employment Judge Sarah-Jane Davies said: “A concern about the woman’s state of undress in the changing rooms was likely to be connected with the fact she is a transgender.”

“This was a communal changing room with a shower cubicle. It did not seem likely there would have been a concern about a cisgender woman in a state of undress in such a room.”

“The manager asked the questions because of gender reassignment.”

Other claims by the woman failed. Compensation will be decided later.