Sky News reporter Aisha Zahid, who visited Wennington in Greater London on Tuesday, said she saw “clouds and clouds of dark smoke” as emergency services furiously battled with open flames. She said there were “fears that the fire could reignite really easily”, which prevented any attempts to extinguish the wildfire. She later described the “concern, stress and worry” affecting many of the local residents, who were unsure if there would be anything left for them to return to when the flames were finally put out. It comes as the UK battles with a brutal heatwave of record temperatures across the nation, with multiple areas suffering highs north of 40 degrees celsius.

Ms Zahid said: “There are still open flames that the [emergency services] are trying to tackle, and all of this comes down to the fact that it is still so hot and conditions are so dry that even if the fire is put out, there is the fear that the fire could reignite really easily.

“When we arrived, there were clouds and clouds of dark smoke surrounding residential areas.

“We know that a number of properties have been damaged. The emergency services are going to be here for quite some time yet to get this fire under control.

“It’s been a mood of concern, stress and worry shared by all of the residents we have spoken to today. 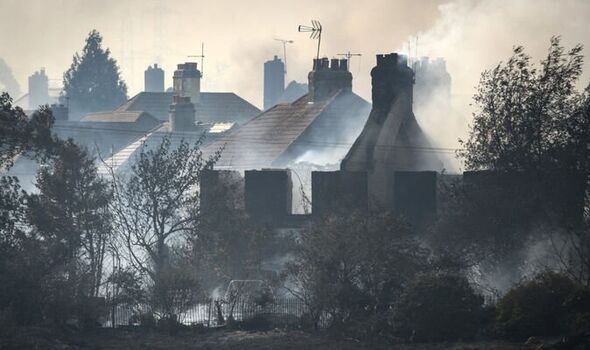 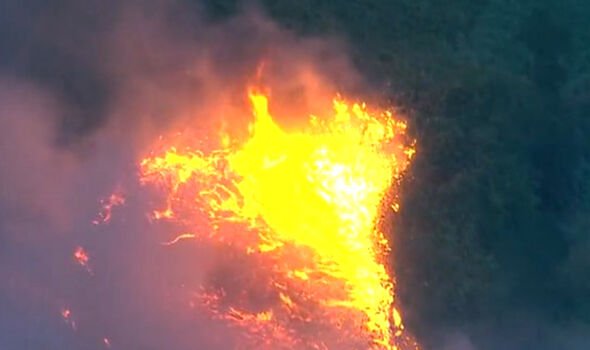 “We’ve seen a lot of families with younger children and they took shelter in an emergency refuge area that was set up at a local pub.

“We now know that a number of people will be staying in hotels overnight. Some are staying overnight at a nearby leisure centre.

“But from people we have spoken to, the real concern has been: “When I go back, will my property be fine? Will it still be standing? Do I have a home to go back to?’”

Firefighters are unaware of the full extent of the damage caused by blazes which affected houses, schools and churches across London, with crews describing scenes as “absolute hell”. 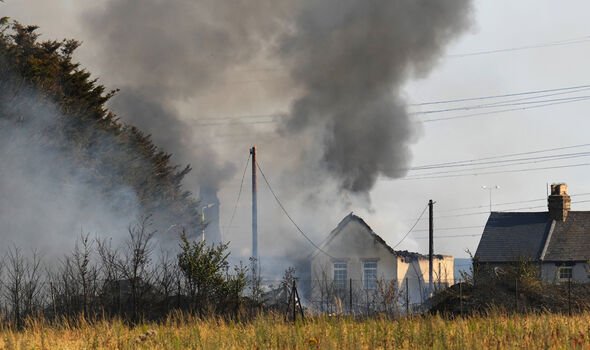 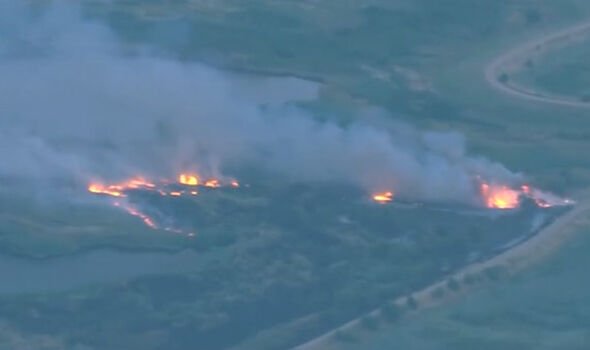 In Wennington, local residents could be seen being comforted, while others were seen removing gas canisters from a nearby pub, as hundreds of firefighters were at the scene.

At least one home could be seen completely destroyed by the fire, while others appeared to be badly damaged

Local resident Janet Hickey, 70, who has terminal pancreatic cancer, said she was forced to leave all her cancer drugs behind as they were evacuated.

Her husband Patrick Hickey, 71, added: “We had to leave everything. We’re hoping against hope that our house is still there.” 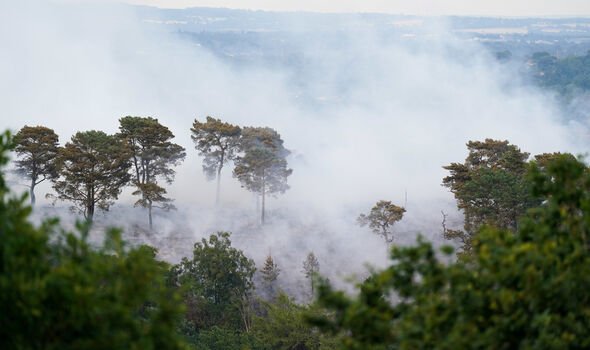 A rescue centre has been set up at the Wennington Premier Inn for residents who have been evacuated.

Riminta Maceikaite, 38, and her son Nikas Janulevicius, 13, said their neighbours’ homes have burned down but as far as they can see from TV aerial shots, their house is still standing.

Lizzie Pittman, from Aveley in Essex, who works at some stables by the roundabout, said she was looking after five horses that were evacuated.