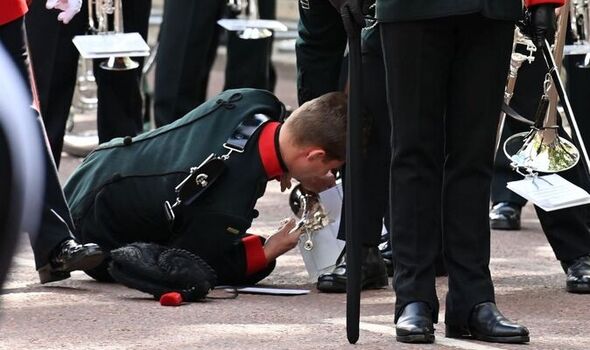 One soldier collapsed after Her Majesty departed, according to the Mirror.

Two others were seen being helped away before and after the transfer of the coffin.

Following this, the Queen was carried to Windsor.

The Queen’s coffin was draped in the Royal Standard.

It was carried through London on the State Gun Carriage of the Royal Navy.

Over 2,000 attended the ceremony for the Queen’s funeral in Westminster Abbey.

These included heads of states from countries around the world.

Millions, perhaps billions of people were also looking through their screens, paying their final respects for Her Majesty.

Cinemas have also opened to show the funeral.