The the funeral of Queen Elizabeth II is predicted to have drawn in over four billion viewers from around the world, making the event the most watched broadcast in history. This is not, however, the first time the Queen has broken television records, as her Coronation in 1953 was the first to be televised, reaching over 27 million in the UK and many millions more abroad.

Until now, the Atlanta Olympics opening ceremony of 1996 held the record for the most-watched event, drawing in 3.6 billion viewers.

The funeral of Princess Diana, who died aged 36 after a car crash in Paris in 1997, saw an estimated global audience of 2.5 billion.

Until the Queen’s funeral, not a single event has come close to matching those ratings.

The wedding of Prince Harry to Meghan Markle was watched by 1.9 billion, while the 2010 World Cup Final between France and Croatia drew in 1.1 billion viewers.

Despite its magnitude and relevance, the Apollo 11 moon landing was only watched by 652 million people – though in 1969, fewer people had television sets in their homes than today. 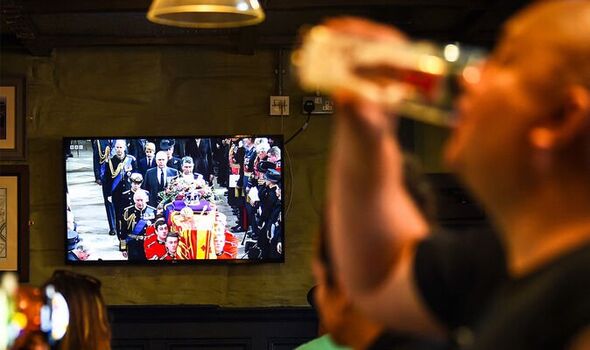