Serial Met rapist officer bragged to ex he was ‘untouchable’ 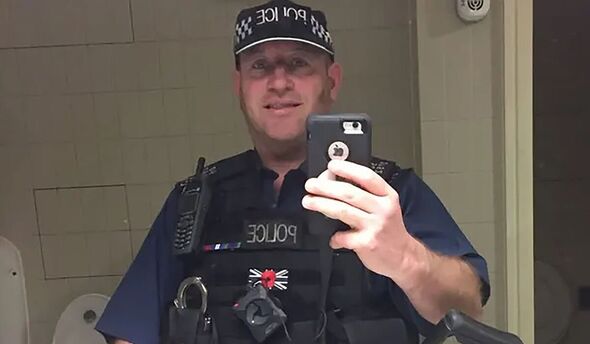 Serial Met Police rapist David Carrick bragged to an ex he was “untouchable” as the force says it will review more than 1,000 officers and staff over alleged sexual and domestic violence claims. Pc David Carrick, 48, attacked at least a dozen women over an 18-year period throughout his career with the Met, using his position to gain their trust and scare them into staying silent.

Yesterday Carrick pleaded guilty to six final charges, on top of 43 charges already admitted to at the Old Bailey in December, including 24 counts of rape against nine women.

It makes the officer one of the UK’s most prolific sex offenders and sparked questions from the Met Police over how Carrick, 48, carried out his reign of terror.

The Metropolitan Police Commissioner has admitted “horrific” failures by the force and apologised to victims after the crimes of the elite armed officer were revealed.

One of Carrick’s ex-partners, speaking to The Sun, told the paper she had met the police officer on a “dating app in 2010” and would see him about “twice a month on and off for five years”.

The woman, named only as Rachel, said Carrick told her about taking “jewellery” and “designer” items from police evidence rooms and using them himself and that he felt he was “ immune” from prosecution.

She said: “I once asked him if he was not worried about getting caught because of his job. His exact words to me were ‘it’s because of my job that I’m not worried’. He said he was so far at the top that he was untouchable.”

Rachel questioned “how on earth” Carrick was able to be a police officer after the way he treated so many women.

Yesterday the Met said a total of 1,633 cases of alleged sexual offences or domestic violence involving 1,071 officers and staff are being reviewed from the last 10 years to make sure the appropriate decisions were made.

Sir Mark Rowley apologised to the victims – some of whom were subjected to multiple rapes and humiliating abuse, including being locked in an under-stair cupboard – over missed opportunities to root Carrick out. He said: “We’ve let women and girls down, and indeed we’ve let Londoners down.

“We have failed. And I’m sorry. He should not have been a police officer.”

Carrick came to the attention of police over nine incidents – including allegations of rape, domestic violence and harassment between 2000 and 2021 – but faced no criminal sanctions or misconduct findings.

Carrick was accused of two offences against a former partner the year before he passed vetting to join the Met in 2001, and faced further assault and harassment claims against an ex-girlfriend in 2002 while still in his probationary period.

He had five public complaints to his name but still passed checks to become a firearms officer when he transferred to the Parliamentary and Diplomatic Protection Command in 2009 and was re-vetted in 2017.

The force admitted Carrick was known as “Bastard Dave” by colleagues because he was “mean and cruel”, but said it was not to do with any sexual behaviour and colleagues had made no complaints about him.

Carrick was arrested for rape by Hertfordshire Constabulary in July 2021 and placed on restricted duties. He was cleared to return to work when the allegation was dropped, but never returned to full duties because he was suspended after being arrested over a second rape complaint in October 2021.

The complainant said she and Carrick went for drinks in a pub in September 2020 after they met on dating app Tinder, and she claimed he showed her his warrant card and boasted of meeting famous people in the course of his work, including then-prime minister Boris Johnson.

The rape allegation and subsequent publicity sparked a wave of complaints, and although that charge against Carrick was dropped after he pleaded not guilty, he admitted 49 offences relating to another 12 women between 2003 and 2020. They are:

– five counts of assault by penetration

– one count of attempted sexual assault by penetration

– one count of indecent assault

Carrick, from Stevenage, Hertfordshire, pleaded guilty to 43 charges at the Old Bailey in December and the final six at Southwark Crown Court on Monday.

They include 24 counts of rape against nine women, but some of the charges are multiple incident counts, meaning they relate to at least 48 rapes.

Mrs Justice Cheema-Grubb remanded Carrick in custody ahead of sentencing over two days from February 6.