Girl, 10, 'grabbed by man with distinctive neck tattoo' on walk to school 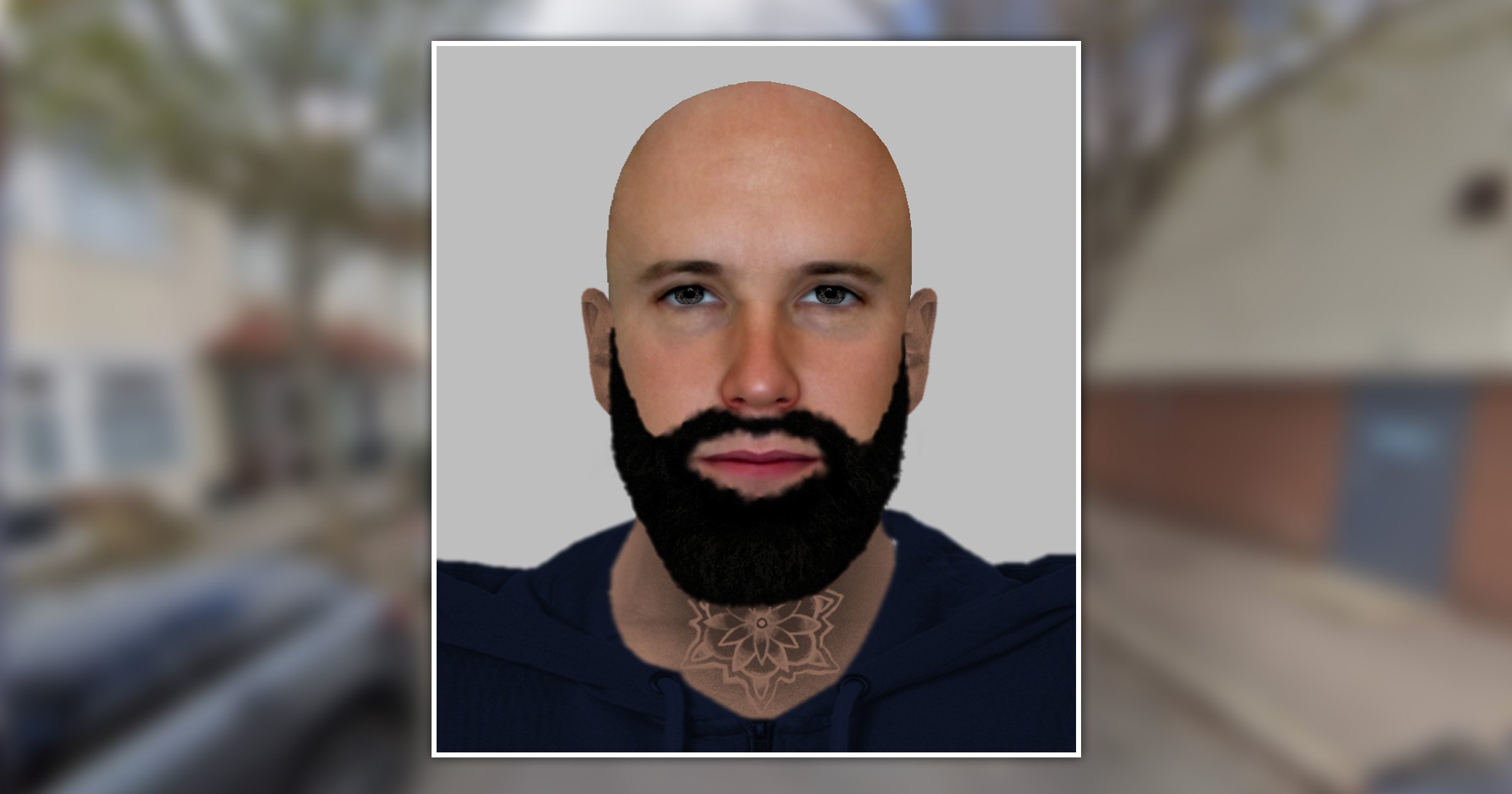 A hunt has been launched for a man with a distinctive neck tattoo – after a young girl was left shaken following an incident in London.

She was approached twice by the man as she walked through the Flempton Road area of Waltham Forest.

Police say that the girl had been walking to school when she encountered the man.

On November 18, he spoke to the ten-year-old before she was able to leave.

Detectives say that on the second occasion, the man is alleged to have spoken to her and grabbed her by the arm.

Police have released an e-fit image of the suspect in a bid to trace him.

The man is described as white, in his 40s, around 5ft 9in tall with a medium stocky build, a bald head and a bushy black beard.

He is said to have a distinctive large black flower tattoo covering the whole of the front of his neck and another tattoo, made up of black lines, covering his left hand.

Detective Constable Jaime Thor, said: ‘While the girl who was approached in these incidents was not physically hurt, she was understandably shaken and scared by what is alleged to have happened. She continues to struggle with the impact of the experience.

‘Certain aspects of the description, in particular the large neck tattoo, are distinctive and I’m confident anyone who knows the person depicted in the image will recognise them. I would urge them to come forward.

‘I know that any incidents where children are alleged to have been approached in the street will be a cause for concern in the community. We are in contact with the school to ensure that they have the support they need.’

At the time of the first incident on November 18, the man is said to have been wearing a dark blue/black beanie hat and a dark blue zip up hoodie with a hole in.

During the second incident, he is described as wearing a light grey or white zip up hoodie with short sleeves.

On both occasions he was wearing grey jogging bottoms and black boots and he was carrying a black backpack with many pockets.

He added: ‘While officers are keeping an open mind as to the circumstances behind the alleged incidents, initial enquiries suggest the girl was likely not approached at random and that the man may know her or those close to her.

‘We have no information to suggest that there is a wider risk to children in the area, although we would always encourage parents or guardians to ensure adequate and appropriate safety measures are in place when children are travelling to and from school or are out on their own.’