The much more traditional display of military pomp and pageantry will be held in the castle quad next Saturday after the drastically scaled-back ceremony that replaced Trooping in June last year because of Covid restrictions. “Last year we just turned out the castle guard. It was not Trooping the Colour,” an Army source said. “This is a proper Trooping the Colour.” It marks another step towards normality for the Royal Household and ceremonial units of the Armed Forces, although it will be June 2022 before Trooping returns to its full glory at its usual venue of Horse Guards Parade in London to mark the Queen’s Platinum Jubilee.

But the horses are back and several units of the Foot Guards from the Scots Guards, the Coldstream Guards, and the Grenadier Guards.

Around 270 soldiers and 70 horses will be involved in the ceremony this year – far more than last year but still a fraction of the 1,400 soldiers, 400 musicians, and 200 horses expected to mark the Queen’s 70 years on the throne in June next year.

The Queen, who last year watched the ceremony on her own with senior aides standing close by, will be accompanied this year by her cousin, the Duke of Kent, who is Colonel of the Scots Guards.

But other members of the Royal Family who would normally be there are not expected to attend. 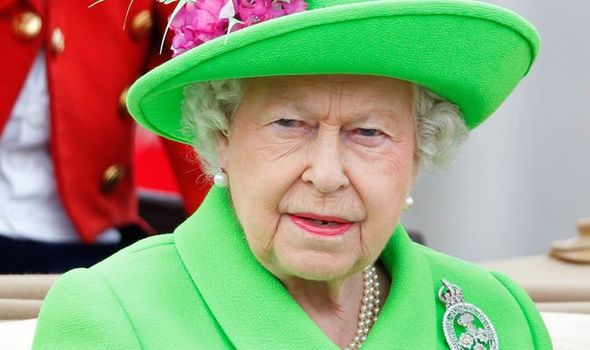 A royal source said the 85-year-old Duke of Kent was not there to replace Prince Philip, who stopped going to the Trooping after his retirement in 2017, but was attending in his role as the royal colonel of the Scots Guards, whose F Company will have the honour of trooping the Queen’s Colour.

Last year when the Welsh Guards were on parade, their Colonel, Prince Charles, was unable to attend.

One official explained: “We were under much stricter restrictions then. We’re a bit more relaxed this year.”

The parade will feature troops who have played an integral role in the NHS’ Covid-19 response and those who have been serving on military operations overseas.

They will joined by the King’s Troop Royal Horse Artillery, a massed band of the Household Division, and the Household Cavalry Mounted Regiment. 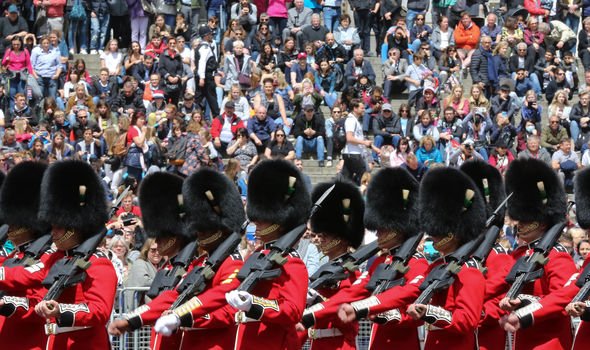 It will be a return towards normality for the Queen, who has decided to stay away from the Derby at Epsom today, one of her favourite occasions.

The 95-year-old monarch is understood to have felt it would be wrong to go while the event was only open to a small number of spectators and still subject to Covid restrictions.

“It’s not the Derby as it’s traditionally known,” a royal source said. “She’ll be watching it on television.”

However, the Queen is expected to attend Royal Ascot between June 15 and 19 as an owner on days when she has horses running.

Other members of the Royal Family are also expected to attend but there will be no royal carriage procession and social distancing will have to be enforced in the royal box if the family use that.