While America has essentially lifted all rules for those who are vaccinated, the emergence of a new variant is leading Britain and the E.U. to move with more caution. 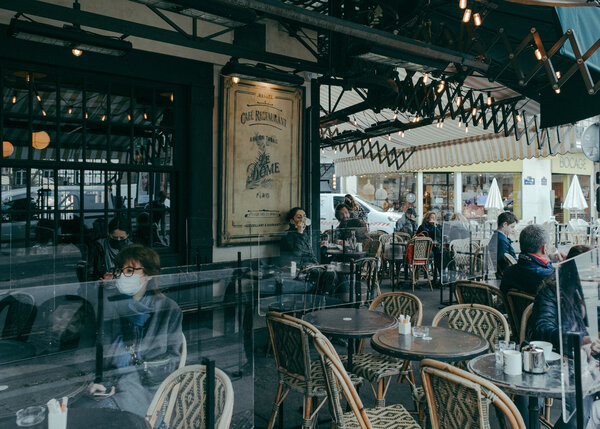 By Benjamin Mueller and Marc Santora

LONDON — Over Memorial Day weekend, 135,000 people jammed the oval at the Indianapolis 500. Restaurants across the United States were thronged with customers as mask mandates were being discarded.

The formula, which gained the Biden administration’s blessing, was succinct: In essence, if you are fully vaccinated, you can do as you please.

But while the United States appears to be trying to close the curtain on the pandemic, across the ocean, in Britain and the European Union, it is quite a different story.

Despite plunging infection levels and a surging vaccine program, parts of Europe are maintaining limits on gatherings, reimposing curbs on travel and weighing local lockdowns.

In Britain, the spread of a new highly contagious variant first detected in India has scrambled calculations just as the country planned to return to something more like prepandemic life on June 21.

Parts of Britain have decided to extend lockdown restrictions. This past week, the government tightened its travel rules, including for the fully vaccinated, by removing Portugal — the most popular remaining European tourist destination — from the list of places where Britons could fly without stringent quarantines.

And scientists are heatedly debating whether to go ahead with a June 21 reopening, with some saying that the costs of delaying it by a few weeks would pale in comparison to the damage that could be wrought by giving the variant first detected in India, known as Delta, extra opportunities to spread while people are still acquiring immunity.

Though vaccinations got off to a slow start in much of Europe, they have since helped drive down cases, as in the United States. Nevertheless, on the fundamental question of how to approach an end to coronavirus restrictions, America and Europe have diverged.

“We’re now looking at a variant where we have less knowledge about its properties,” Theo Sanderson, a researcher at the Wellcome Sanger Institute, said of Delta. “It just means we have less certainty about what things will look like going forward.”

Britain has become the world’s most sophisticated laboratory for the virus’s evolution, with 60 percent of England’s coronavirus cases being analyzed through genomic sequencing. That has allowed the country to pick up on the earliest signs of dangerous variants, and made Britain a harbinger of the challenges facing even heavily vaccinated nations as newer versions of the virus reach the unvaccinated.