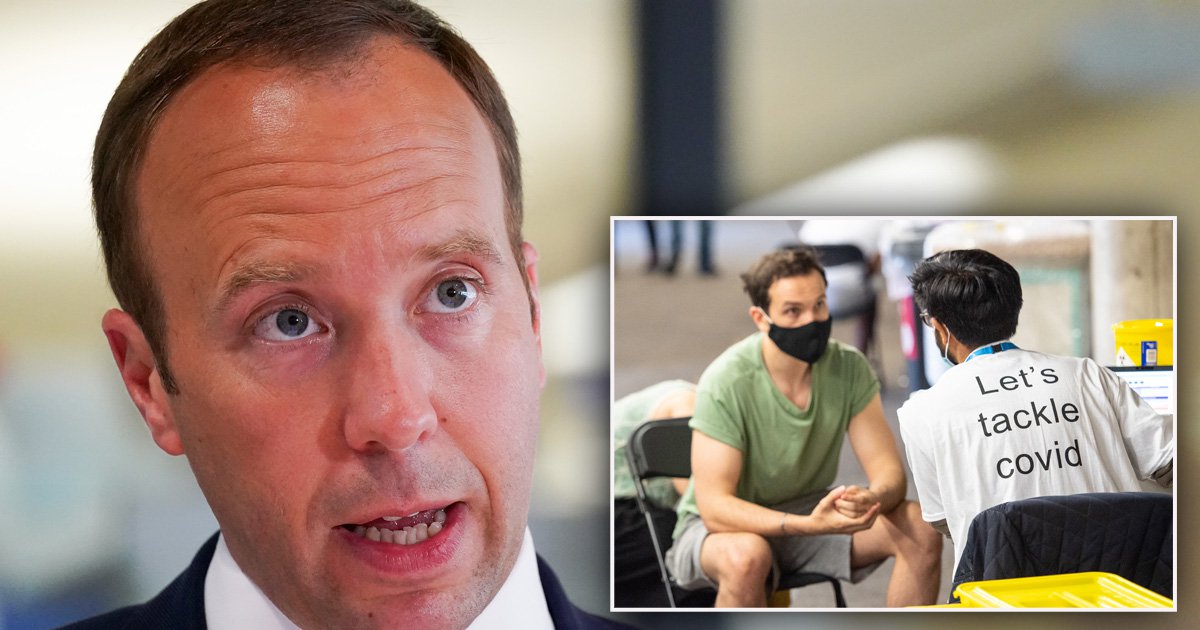 Brits aged 25 and above could be invited to receive their first Covid jab from next week amid fears of more resilient variants.

Those aged 40-50 could also have their second shot within eight weeks of their first, rather than 12.

This measure has already been introduced to over-50s and means every adult above 40 could receive their second dose by July 5.

A government source told the Telegraph ministers ‘want to double-dose as soon as possible.’

It comes as so-called Freedom Day on June 21 is hanging in the balance in the face of surging Covid cases, mostly stemming from the Indian variant.

Reports suggest face coverings and social distancing will continue past the third week of June, while there are calls for the planned lifting of restrictions to be delayed by two weeks.

It comes after Friday saw 6,238 new coronavirus cases, the highest daily increase since March, meaning the R-rate could have moved above one.

Meanwhile, scientists from the Francis Crick Institute discovered there were lower antibody levels against the Indian strain when using the Pfizer jab, with the experts also calling for the speeding up of second doses.

But while cases are back on the up, Health Secretary Matt Hancock said the fact that deaths and hospitalisations are falling suggests the vaccines are working.

The fate of June 21 is to be decided by ministers within 10 days, while a decision on speeding up vaccinations for over-40s will be made if it is recommended by the Joint Committee on Vaccination and Immunisation (JCVI).

The government is also keeping a close eye on the Nepal mutation of the Indian variant, which has seen Portugal taken off the green travel list, sparking chaos for Brits currently holidaying there.

A Department of Health and Social Care spokesman said: ‘We are on track to offer a jab to all adults by the end of July and continue to follow the advice of the independent JCVI who recommend people in cohorts one to nine come forward for their second dose after eight weeks rather than 12, as they are at most risk of death and serious illness.’