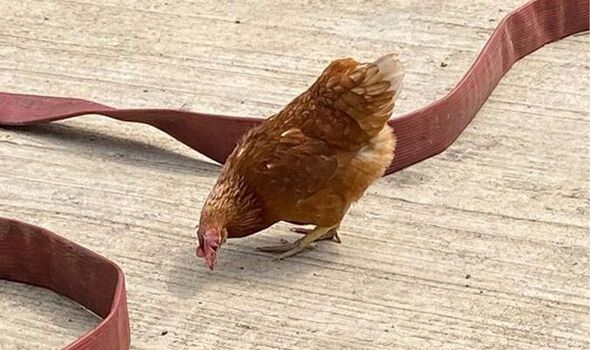 Survivors were seen running around the wreckage of the site in Walton on the Wolds, near Loughborough, on Wednesday, July 20 – a day after the incident took place. The total number of deaths is not known, says Leicestershire Fire and Rescue Service. Witnesses also reported thick black smoke billowed from the farm throughout the evening.

Fire crews were alerted to the emergency shortly before 5.30pm and it did not take long before the flames ripped through the structure. Residents nearby were told to close their windows and doors due to the scale and ferocity of the fire, Leicestershire Live reports.

Firefighters remained at the scene today, where an unpleasant smell wafted through the air. The cause of the fire is not yet known. Dampening down continues at the farm and an investigation is due to take place, a spokesperson said. The incident was one of several attended on the hottest day of the year on Tuesday, July 19.

Earlier in the day, crews were called out to deal with a large grass fire near Bradgate Park and other smaller fires in the open. The fire service became so stretched it was forced to declare a ‘major incident’, which meant teams could only attend the most serious incidents.

Leicestershire’s Chief Fire Officer Callum Faint said on Twitter: “One hell of a day is the phrase I will use to describe today. Many colleagues may use slightly different or elaborative words. A massive thank you to all at Leicestershire Fire and Rescue Service that met today’s challenges head-on in a monumental effort and response.”

Earlier, he tweeted: “Incredibly busy afternoon with many incidents across Leicester, Leicestershire and Rutland. Absolutely phenomenal work from the control team and fire crews alike in hot and challenging circumstances. Please do all you can to stay safe and hydrated.”

Similar scenes were seen elsewhere in the country, including in the capital, where the London Fire Brigade also declared a major incident. Fires surged, spreading faster than normal due to the heat.

Dave Walton, a Deputy Chief Fire Officer at West Yorkshire Fire and Rescue Service said that he had “never known so many major incidents declared”.

He said this was a “peek into the future… where fires burn with such ferocity, and spread with such speed in suburban areas that you can’t stop them.”