Joe Biden talks about having cancer during speech

Joe Biden is under increasing scrutiny, and his habit of making embarrassing gaffes is not helping.

Today, the White House had to correct him after he appeared to make a bizarre claim that he has “cancer”.

He made the comment while giving a speech at the site of a former coal-fired power plant in Massachusetts, and said: “You’d have to put on your windshield wipers to get literally the oil slick off the window.

“That’s why I — and so damn many other people I grew up with — have cancer.”

Mr Biden’s staff have addressed the claims made in the speech, saying that the US President was referring to his past treatment for skin cancer.

It came as Mr Biden increasingly appears to be losing the confidence of his Democratic Party colleagues.

Earlier this month, CNN spoke to various sources within the party about Mr Biden’s leadership.

Journalist Edward-Isaac Dovere described an “overwhelming sense of frustration” among Democrats due to Mr Biden’s “mismanagement permeating the White House.”

He quoted one member of Congress, who described the current administration as “rudderless, aimless and hopeless”.

Another Democrat added: “There’s no fight. People understand that a lot of this is out of his hands — but what you want to see is the President out there swinging.”

In July, the New York Times reported that most Democrats do not want Mr Biden to run again in 2024. 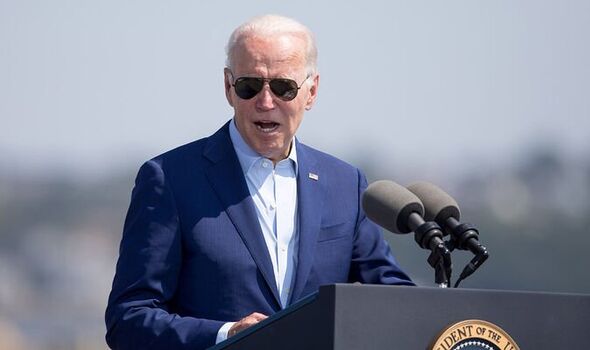 The news outlet carried out a poll with Siena College, finding 64 percent of the party’s voters would prefer a fresh face in two years’ time.

Worse for the US President, only 13 percent of American voters said they felt the country was “on the right track” — the lowest figure since the financial crisis of 2008.

Like the UK, the US is facing a cost of living and inflation crisis, leaving many people struggling to afford basic needs.

A report released earlier this month found that the US is enduring a 40-year high regarding inflation – 9.1 percent.

The crisis can be traced back to the Covid-19 pandemic: in total, the US government gave its people and businesses $5trillion (£4.2trillion) in stimulus packages. 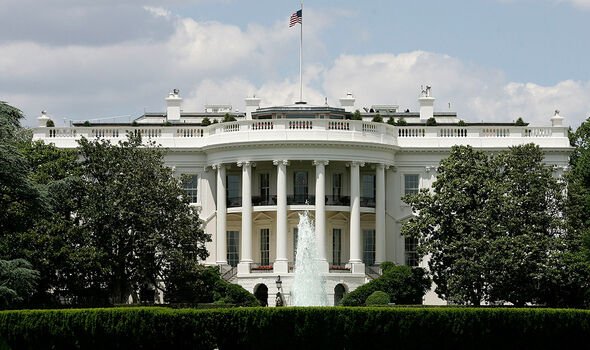 With wages now rising due to a reduced labour market, spending has increased, driving prices up.

As the US economy continues to endure the crisis, Democrats will be keeping a close eye on the Republican Party as they look for a candidate to run against Mr Biden in 2024.

The Washington Post reported last week that former President Donald Trump could announce his 2024 bid before the midterms, but figures within the Republican Party want him to hold off until afterwards.

Two advisers to Mr Trump said that he is planning to launch his bid in September.

One source close to Mr Trump said the odds are “70-30 he announces before the midterms.”

But Republican Senator Lindsey O. Graham told the news outlet last week: “If Trump is going to run, the sooner he gets in and talks about winning the next election, the better. 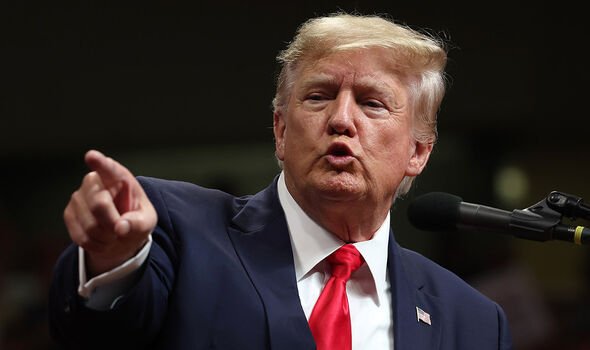 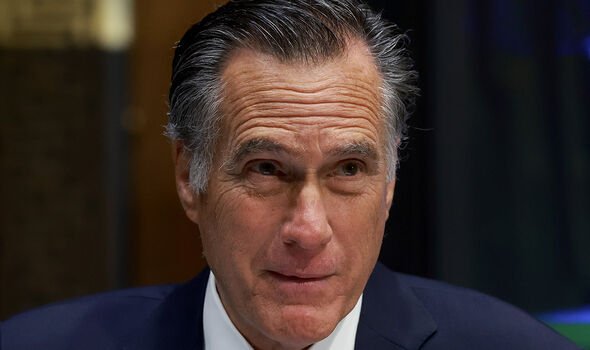 “It will refocus his attention — less grievance, more about the future.”

Tony Fabrizio, a pollster close to many Republican figures, added: “You might as well get the benefit if you’re going to take the lashes too.”

Other conservative figures in Washington are not so keen, however.

Earlier this month, Mitt Romney wrote an article for the Atlantic in which he said the US is a “nation in denial” and Mr Trump is “still in denial” about the 2020 election.

He continues to baselessly claim that the vote was stolen from the Republican Party – claims that led to a violent assault on Capitol Hill on January 6 2021, in which five people died.

Mr Romney was one of the first politicians to challenge Mr Trump over the false claims, and voted to convict the former President of inciting an insurrection.