‘Never seen anything like this!’ Cafe customers stunned as heatwave sparks ‘dust-devil’

The mini tornado lasted only just 30-40 seconds before dispersing and settling down. Britons are not accustomed to the bizarre weather phenomenon, which meteorologists suggest is linked to the ongoing heatwave the UK is experiencing. Temperatures are expected to rise this week, and weather experts have predicted that temperatures could reach 35 degrees this week.

Customers at Copythorne Community Café recorded the bizarre phenomenon after noticing the mini-tornado whirling around the nearby parking lot.

The twizzling cloud of dust began to pick up speed, blowing debris around in the process.

The swirling tornado became increasingly difficult to be seen after ten seconds before disappearing into thin air.

An onlooker can be heard screaming “oh my God” in the background before the tornado completely disappears.

JUST IN: ‘Right thing to do!’ Jeremy Corbyn sides with Nicola Sturgeon over plan to hold IndyRef2 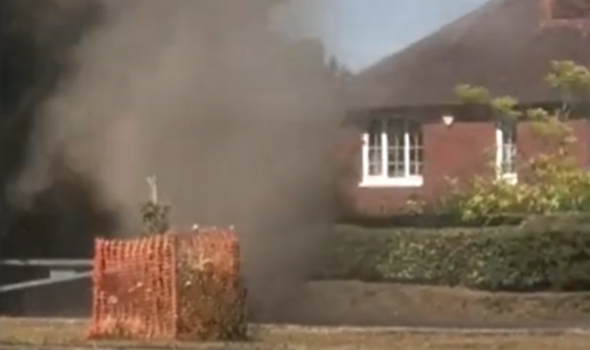 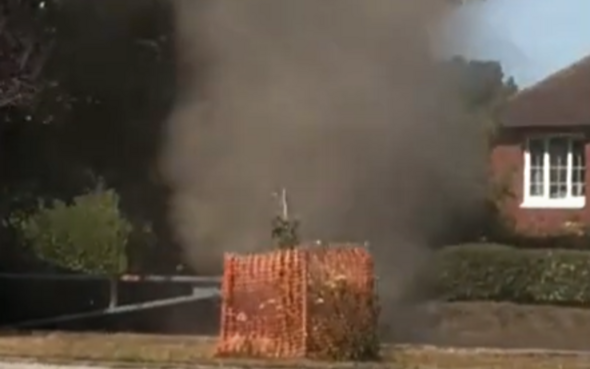 Owner Victoria Howard-Jones said: “I was surprised as it’s not something you see every day.

“We didn’t know what it was at first, so when it looked like it moved I started filming it.

“I thought I was going to lose my car at first. I have never seen anything like this before.”

Andy Simmonds, a local Hampshire weatherman, explained what the bizarre occurrence really was.

Mr Simmonds said: “This was a dust devil and this weather phenomenon is common worldwide. Dust devils are very short-lived, and they rotate upwards.

“They are usually harmless. Here, dust devils, or whirlwinds as they are also known, often go unnoticed as they tend to form out in the countryside during the cereal harvest season.

“However, conditions like we have at the moment with a large anticyclone firmly in place over much of England, and cloudless skies along with both high air and ground temperatures, are the perfect spawning ground for dust devils to develop

He added: “A vacuum of warm air sucks up waste straw or lightweight materials on the ground and swirls it into the air briefly.”

Another expert, Professor Justin Sheffield, Head of geography and environmental science at the University of Southampton, explained just how rare the occurrence was. 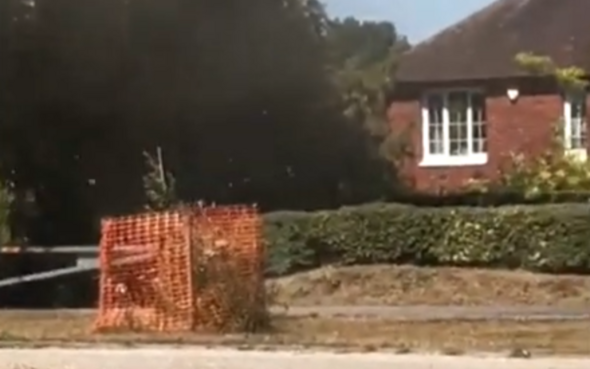 Mr Sheffield said: “These are actually quite common globally in desert regions and during dry conditions, but somewhat rare in the UK because you need conditions to be hot and dry, but also dusty so that they can be seen.

“With the recent dry weather and high temperatures these are more likely to form, and so I’m not surprised that one was caught on camera.

“They aren’t dangerous and only last a few seconds or minutes at most, but I would expect them to become more common with climate change bringing drier and hotter summers, especially in the south of the country.”

With another heatwave sweeping across the UK this week, there may be more strange videos popping up online of such weather phenomena.