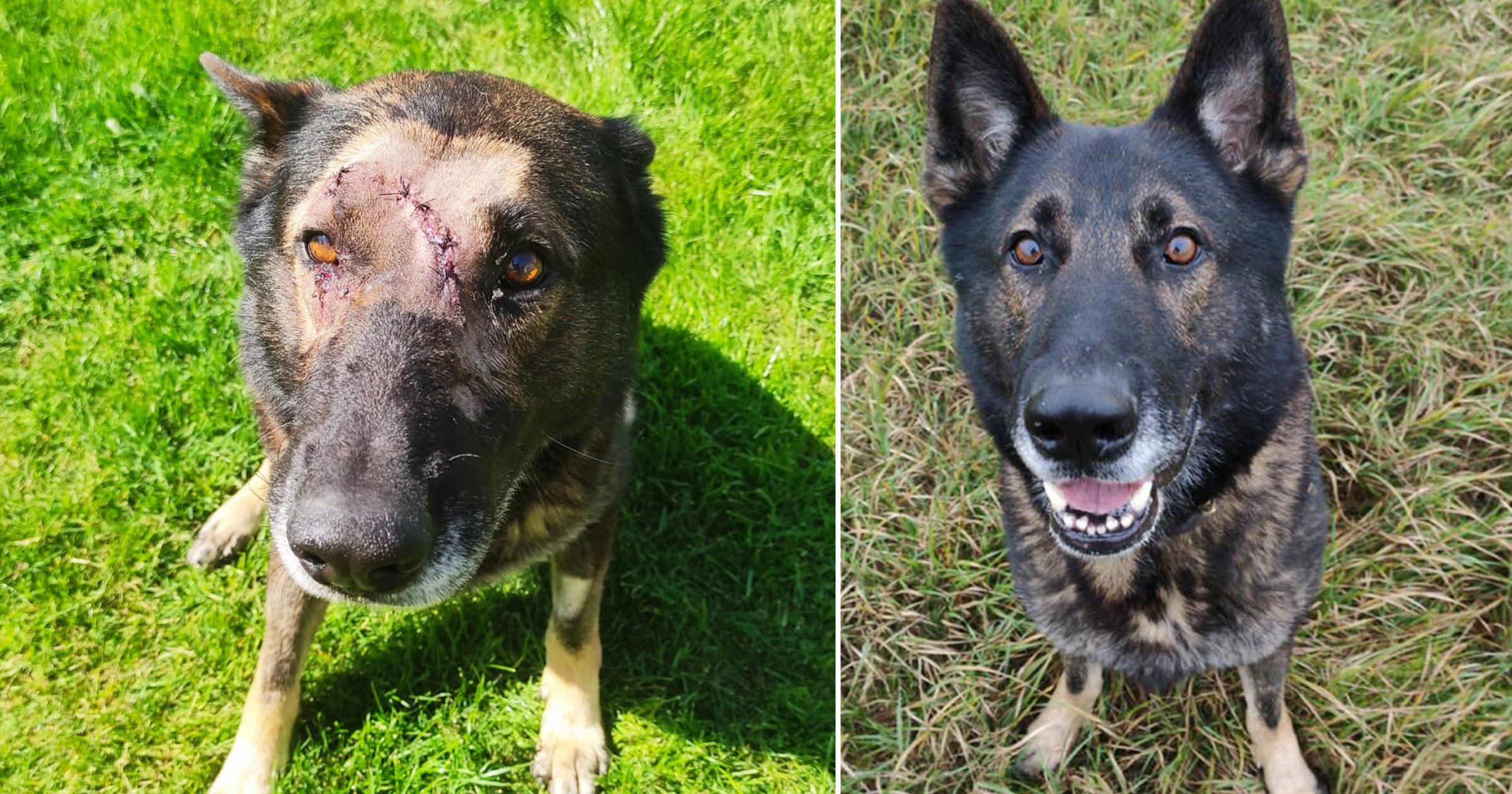 A police dog is ‘lucky to be alive’ after being stabbed repeatedly in the face with a kitchen knife while trying to tackle a suspect.

Kaiser, a Met Police dog, was helping PC Mark Woolcott respond to reports of an intruder in a back garden in Orpingdon at around 11pm on Sunday.

The pair were carrying out a search when they found a man down a track behind the house in Luxted Road.

The intruder is believed to have left home with a large kitchen knife and a golf club which he reportedly used to smash the window of a car.

He then stabbed Kaiser six times in his face and left the officer suffering a broken wrist. Despite being attacked, the brave dog still managed to keep the man subdued for long enough to allow officers to get hold of him.

The vet stitched the German Shepherd up and kept him in overnight. He is expected to make a full recovery.

The officer was also injured during the struggle and will have to stay off work for up to a month while his broken wrist heals.

A 43-year-old man has now been detained under the Mental Health Act.

Superintendent Emma Richards said the man ‘is getting the care he needs now and a decision will be taken in due course as to whether it would be appropriate for any criminal charges to follow’.

She paid tribute to Kaiser and PC Woolcott for their ‘immense bravery’.

She went on: ‘Incidents where mental health is a significant factor can be unpredictable and sometimes dangerous. They make up an increasing proportion of the calls our officers respond to and present a unique set of challenges.

‘The events of Sunday night are a reminder of the risks that our men, women and animals face on the frontline.

‘We ask them to go towards danger and uncertainty on a daily basis in order to keep the public safe and I am proud that they do so with such commitment and bravery each and every time.’