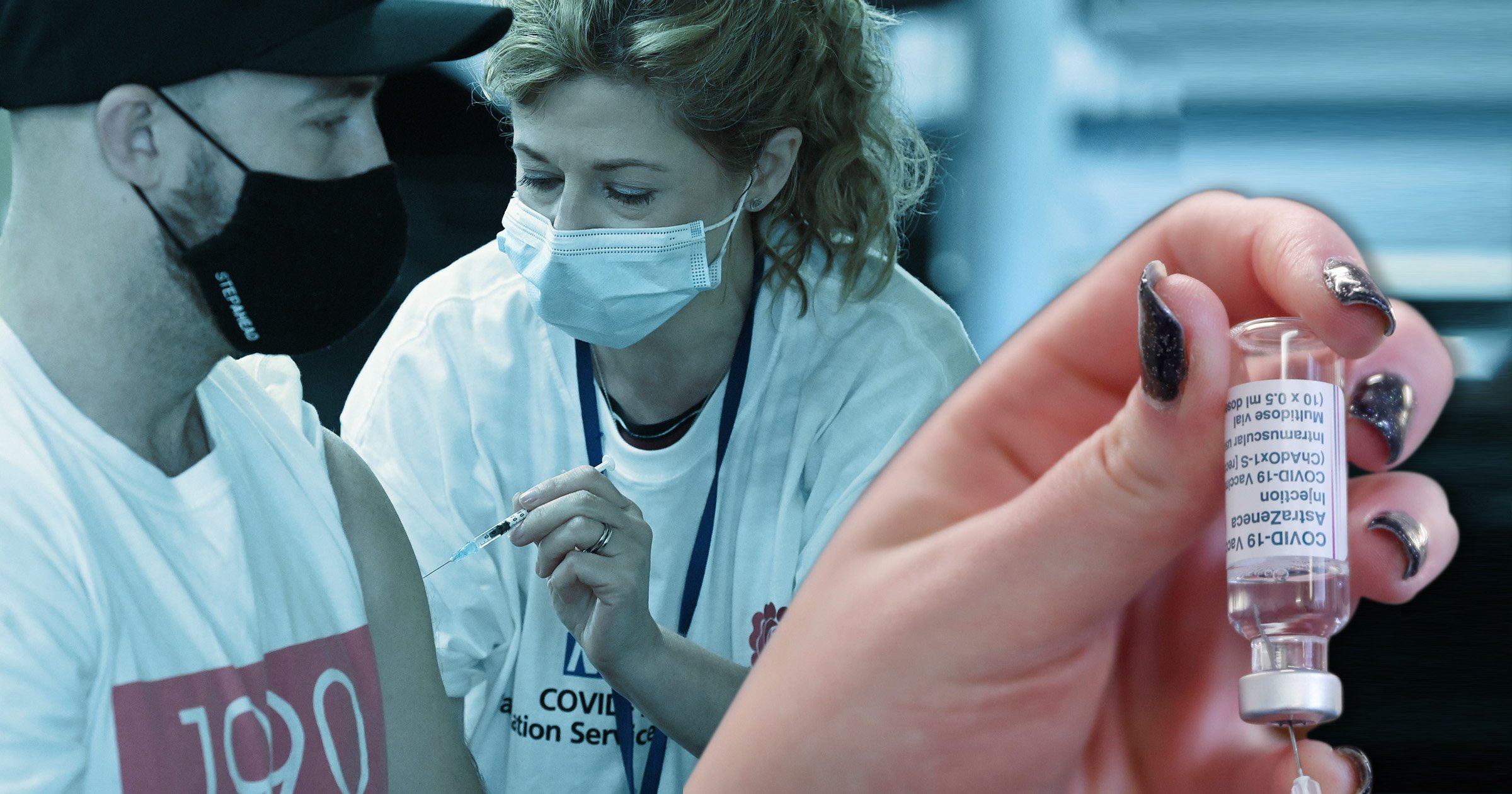 All over-18s could be offered the Covid vaccine within weeks as cases of the Indian variant continue to rise.

At the moment only people aged 30 and older are being invited for their first doses, while health bosses are focusing on giving older people their second shots.

But as the India strain — recently renamed the Delta Variant — continues to spread, it is understood ministers are planning to widen the availability of the vaccine to all age groups.

It comes as a growing number of experts warn against lifting lockdown restrictions on June 21, suggesting a delay could have a huge impact on hospital admissions.

However, Boris Johnson said he still sees nothing in the data to suggest that so-called ‘Freedom Day’ should be delayed and yesterday was the first day of zero recorded Covid deaths since last summer.

But still concerns have been raised by health officials in badly affected regions that the India strain is being spread rapidly between 16-17 year olds and potentially passed on to older and more vulnerable relatives.

Dominic Harrison, director of public health in Blackburn with Darwen, Lancashire, warned of an ‘exceptionally high rate’ among this group as he called for teenagers to be vaccinated.

He told BBC Radio 4’s World At One: ‘Now the USA, Canada, Singapore and the European Union have all in the last week said that’s Pfizer BioNTechvaccine is safe and effective for 12 years and above and I just hope the UK Government can get on with passing that, assuming that they agree that we could then get into rapid vaccination for that cohort, before the end of term.

‘Because that would help not just with protecting the whole population through an increased number of people vaccinated, but reducing transmission in that group.’

The UK’s Medicines and Healthcare products Regulatory Agency is currently considering following in the footsteps of the EU, the US, Canada and Singapore by approving the vaccine for under-18s.

Meanwhile the Joint Committee on Vaccination and Immunisation (JCVI) is is deciding whether to advise the Government and NHS on offering jabs to teenagers.

The group’s experts are expected to unveil the ‘options and consequences’ of giving the vaccine to under-18s and the Prime Minister is expected to have the final say on it.

Any decision is likely to be controversial, as younger people are less likely to become seriously unwell after catching Covid but they could still suffer side effects from the jab.

They would be given the vaccine mainly to protect people in older age groups rather than themselves.

A report by King’s College London’s Covid Symptom Study found there were an average of 4,608 new cases per day over the past two weeks and that around 58,665 people had it at any time.

It showed the majority of cases in May had been in yet-to-be vaccinated under-40s.

NHS England data shows more than half of hospital trusts saw a rise in Covid patients in the week ending May 23, MailOnline reports.

But the numbers are still very low and hospitals are nowhere near as overwhelmed as they were during the second wave in later January.

In light of this and considerably fewer deaths, Tory MPs have hit back at suggestions from SAGE advisers that the lifting of lockdown on June 21 should be delayed.

Former party leader Iain Duncan Smith said: ‘My worry is there seems to be a concerted push among scientists to stop June 21 taking place. They seem to have now moved the goalposts so we can’t open up until everybody has had two jabs. That was never part of the event.

‘By and large everybody who is 50-plus has had two jabs now. It seems to me that everybody is trying to get in ‘I told you so’ before the event. If it all goes well no-one will remember the scientists who said don’t do it.

‘If it goes wrong they will be up crowing ‘we told you’. It is a win-win for them.’