Sadiq Khan criticised by expert over plans for London roads

The sky pool, raised about 115 ft (35m) above the ground below, sits between two blocks of flats in Nine Elms, Vauxhall and has excellent views of London’s landmarks. Residents of the Embassy Gardens flats were spotted swimming in the pool over the bank holiday weekend after it opened for use on May 19.

Although the pool is only open to residents, thousands of squeamish social media users said they wouldn’t take a swim even if they could.

Feeling sick, one Twitter user said: “My stomach is roiling just looking at that. No WAY!”

A second said: “Meet me on the steps – definitely not getting in that pool.

“That would have me all kinds of dizzy.” 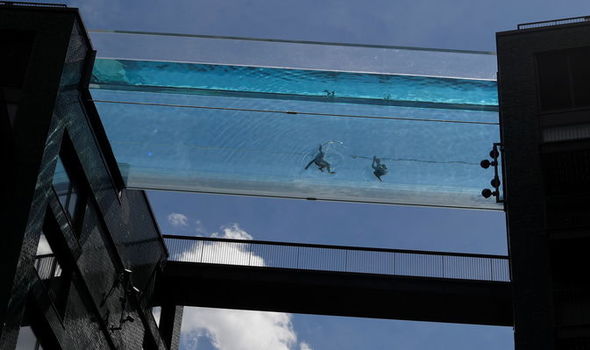 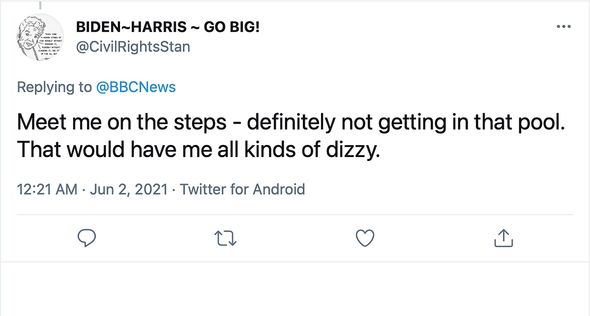 Another said: “That pool is absolutely my worst nightmare.”

One more said: “After seeing recent cases of glass shattering in various attractions around the world, From a vertigo and safety paranoia angle, that’s a hard NO from me.”

The 25m-long pool rests on the 10th floor of the building and is only 5m-wide and 3m-deep. 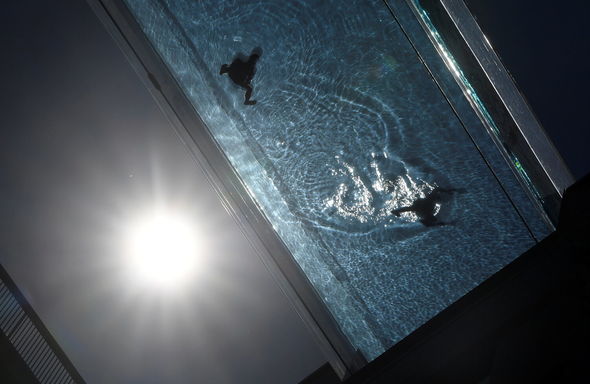 Plans for the floating facility were first drawn up in 2013 before being developed and shipped from Colorado.

Flat prices in the exclusive building start at an eye-watering £600,000 but an average two-bedroom can reportedly go for more than £1 million.

Another user added: “Can you imagine the stress on that glass, there’s got to be over a 100 tons of water in that pool. NFW that you’d get me in there.”

One more commented on the strength of the glass, saying: “What if there was rough weather conditions that could cause damage to the property.” 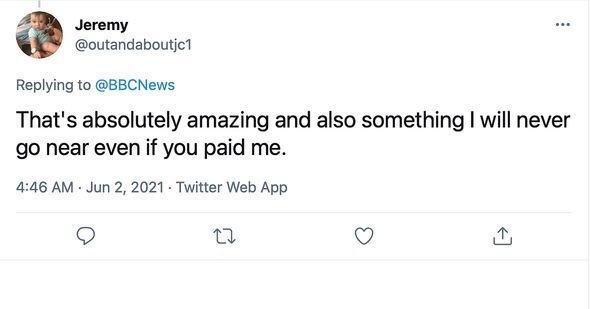 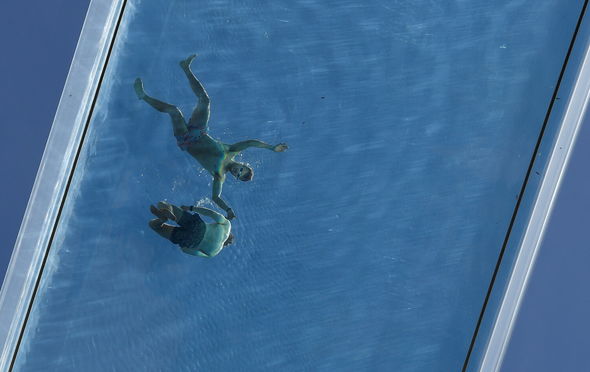 Another, in awe and disbelief, said: “That’s absolutely amazing and also something I will never go near even if you paid me.”

The heated pool which can hold up to 375 tonnes of water was put through “extensive strength testing” before being installed at the Vauxhall flats.

According to reports, it boasts an acrylic structure to help support the 10ft deep pool which has a base nearly 12-inches thick.

Beside the pool, there is also a rooftop bar and spa facilities, and elsewhere residents have access to a private cinema, indoor pool and gym.