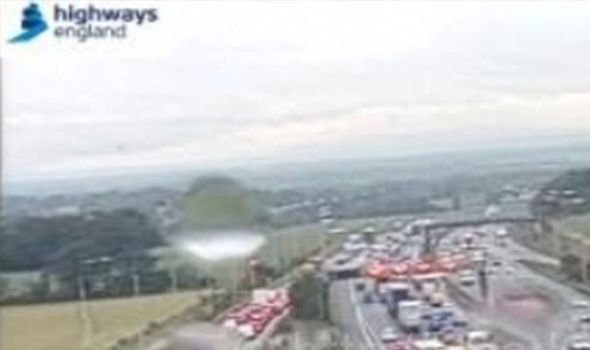 Motorists in the Manchester area are facing fresh travel chaos as a serious accident has forced officials to close down lanes three and four on the M6 northbound from J21 A57 Manchester Road (Woolston) to J21A M62 J10 (Croft Interchange). Congestion reaches back to J20, on the M56 Lymm interchange.

“Please approach with caution and obey the traffic signals.”

But motorists slowing down to look on the opposite side of the road are also creating serious delays on the other side of the carriageway, affecting the traffic on the M56 on approach to the Lymm Interchange, according to the AA website.

Traffic also slowed down southbound after traffic officers were forced to temporarily close down two lanes while “transferring animals into a recovery vehicle”, Highways England explained.

They added: “There are delays of 50 mins northbound due to this incident and about 20 mins southbound.

Motorists travelling southbound also face more misery on the j18 as a vehicle broke down on the carriageway.