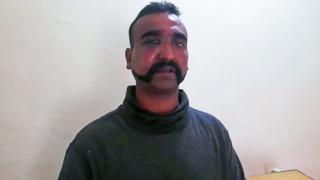 India and Pakistan “tensions” are high again. But this time it’s over cricket.

The two sides are set to meet each other on Sunday in what is arguably the most highly-anticipated clash so far of the World Cup.

Pakistan has upped the ante with a TV ad, satirising an Indian pilot who became a national hero after he was captured in February when tensions between the two countries were high.

He was later released as “a gesture of peace”.

The incident, which occurred soon after more than 40 Indian paramilitaries were killed in a suicide bombing in Indian-administered Kashmir, brought the two countries to the brink of war and escalated emotions in India.

When the pilot, Abhinandan Varthaman, was released, he received a hero’s welcome in India. 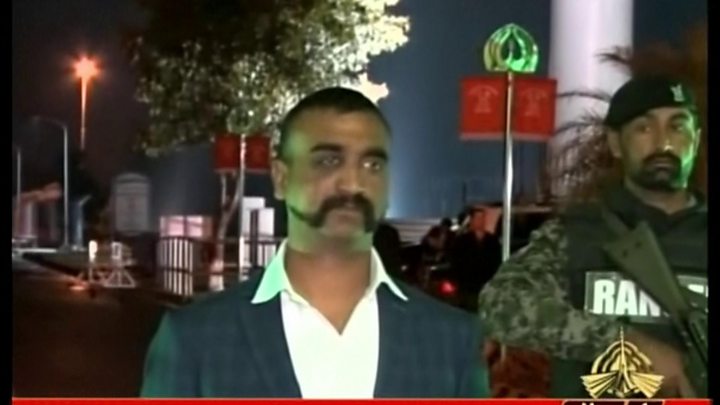 In the ad, an actor sports an India cricket jersey and a distinctive handlebar moustache like Mr Varthaman.

It goes on to recreate an “interrogation” video of Mr Varthaman that was released by Pakistan shortly after his capture.

In the original video, Mr Varthaman can be heard refusing to answer questions about his squadron and mission with the line: “I’m sorry, I’m not supposed to tell you that.”

In the television ad, the “pilot” is still refusing to give information. But this time it’s in response to questions about the upcoming cricket match, such as details about who’s going to be in the Indian team, while sipping a cup of tea. It ends with the actor being “dismissed” and then told to leave the “cup” behind – an obvious play on the World Cup trophy.

But while the ad is clearly meant to be a tongue-in-cheek take on a recent India-Pakistan incident, it has struck a nerve in India, with many on social media calling it “insensitive” and “shameful”.

Shameful for Pakistan to mock our hero #Abhinandan ahead of #INDvsPAK World Cup cricket game. We need to retaliate! pic.twitter.com/BQcLxyQPvH

But while many denounced the advert for its “mocking” tone, others have seen some humour in it.

A few users have also asked India to take the ad in its stride and retaliate by winning the match against Pakistan.

#Abhinandan ?
Dear Indians, don't bother, we are way above them.

They have to stoop so low to feel good about themselves.

Look at the goodwill gesture from @ImranKhanPTI . Stooped to a new low.
They always show what they really are. #abhinandan is our pride. 🙂 pic.twitter.com/tv9ODRNWfO

Did you guys watch the new Pakistan ad where they mocked our indian officer abhinandan? Well, we all make ads and try to put each other down especially when sports is involved. All I have to say is, just get it back India and show them who we are! ♥️ #worldcup pic.twitter.com/eoyzp4tTou

This is shameful.
Please just let this be a cricket match. This is beyond just simple banter. #CWC19#INDvPAK https://t.co/shsUrYpCHl

Pakistan is so obsessed with Abhinandhan that they are ready to settle for just tea cup sipped by the hero instead of the real World Cup. #Abhinandan #Pakistan

It’s clear that passions are running high before the hotly-anticipated match which is due to take place on Sunday in Manchester’s Old Trafford stadium. It is set to be attended by thousands of ardent Indian and Pakistani fans.

But seeing as a slew of recent World Cup matches have been cancelled due to rainy weather in the UK, it would be quite ironic if this game is also washed out – especially since it has had such a dramatic warm-up.