Kate Middleton and Prince William met one of this year’s popular Love Island stars in 2016. This surprising connection was discovered after a photograph on the Love Island contestant’s Instagram page was found. But who exactly is it the Duke and Duchess of Cambridge met and how did they first meet them?

Who did the Duke and Duchess of Cambridge meet and why?

The blonde Love Island star Lucie Donlan shared an image on Instagram in 2016 of meeting the royal couple.

In addition to this image of the Prince and his wife, Lucie wrote: “Very honoured and privileged to have met and spoken to the Duke and Duchess of Cambridge on their first official visit to Cornwall today to meet the @waveprojectuk Team! #royalvisit #royalvisitcornwall#waveproject#dukeandduchessofcambridge#newquay #cornwall #meeting#towanbeach”. 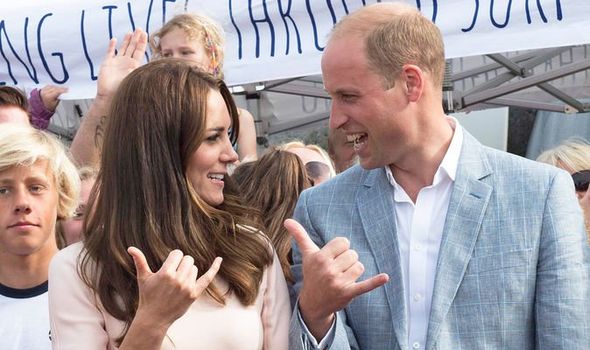 During their trip, the royal couple met youngsters from Wave Project which teaches surfing to reduce anxiety.

Wave Project was launched in 2010 after a group of 20 people discussed the mental health disorders they have been diagnosed with following a surfing lesson.

The project is the world’s first “surf therapy” course funded by the NHS. 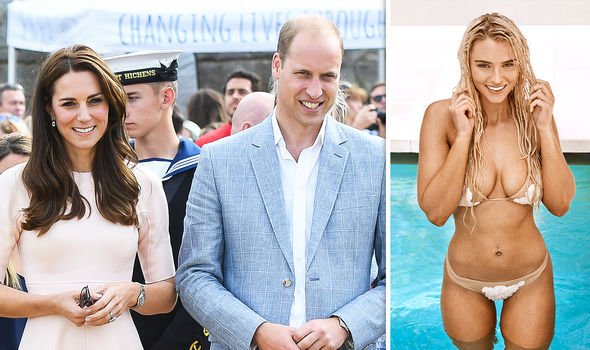 Who is Lucie Donlan?

Lucie Donlan is currently one of the favourites to win Love Island 2019 and take home the £50,000.

She is currently coupled up with sandwich maker Joe Garratt, but was previously in a love triangle which involved legacy boxer Tommy Fury.

She was the third girl to enter the Spanish villa and immediately proved to be a popular choice with the boys.

She picked Joe Garratt at the recoupling ceremony on Friday night’s show, leaving Tommy to couple up with Love Island newbie Molly-Mae Hague. 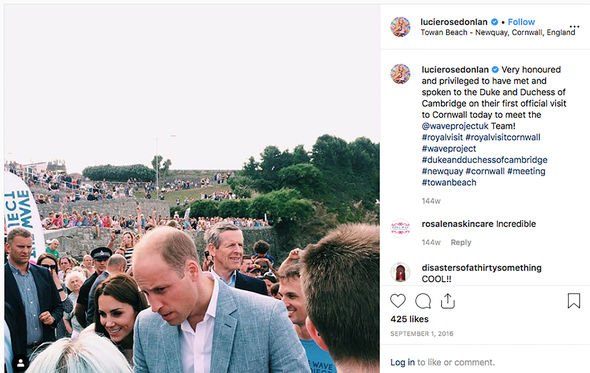 In Tuesday night’s show, Lucie and Joe went for a paddle date and used the opportunity to discuss their relationship where the couple decided to now be exclusive – a status that Love Island favourites Curtis Pritchard and Amy Hart had decided on the night before during their visit to the Hideaway.

Whilst speaking to her fellow islanders during ITV’s Love Island Unseen Bits, Lucie admitted she had not “had a drink since New Year’s Eve.” 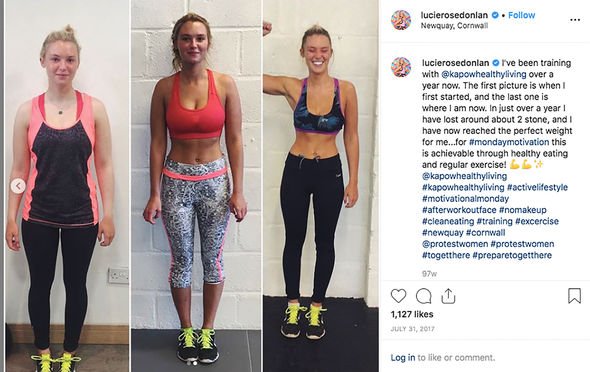 Alongside the images, she wrote: “I’ve been training with @kapowhealthyliving over a year now.

“The first picture is when I first started, and the last one is where I am now.

“In just over a year I have lost around about 2 stone, and I have now reached the perfect weight for me…for #mondaymotivation this is achievable through healthy eating and regular exercise!”

Furious Brexit row erupts on Jeremy Vine as guests in heated clash – ‘We are a democracy!’

Woman, 85, killed after crane collapsed on houses named by family