Some two million people are expected to pack central London today and line the procession routes to witness the first funeral of a monarch at Westminster Abbey since George II – the last English King to lead his troops into battle – was buried there in 1760.

A further four billion people around the world are expected to watch television coverage of the ceremony before a Committal service at St George’s Chapel in Windsor Castle.

The children will take part in the coffin procession going inside the Abbey, and if they are comfortable after that experience, they may also take part in a similar procession at the start of the Committal, royal sources revealed.

Charles III reflected yesterday on the extraordinary outpouring of grief from people wanting to pay their respects to his mother, the monarch who graced the world stage during her 70-year reign. 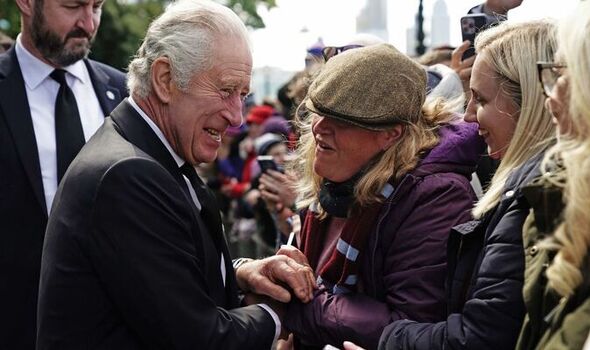 He said: “Over the last 10 days, my wife and I have been so deeply touched by the many messages of condolence and support we have received from this country and across the world.

“In London, Edinburgh, Hillsborough and Cardiff, we were moved beyond measure by everyone who took the trouble to come and pay their respects to the life-long service of my dear mother, the late Queen.

“As we all prepare to say our last farewell, I wanted simply to take this opportunity to say ‘Thank you’ to all those countless people who have been such a support and comfort to my family and myself in this time of grief.”

Britain came to a standstill at 8pm last night as the nation paused for a minute’s silence, a joint moment of reflection in honour of Her Majesty.

Buckingham Palace later released a previously unseen picture of the Queen, looking happy and glorious and wearing two aquamarine clip brooches that her father, King George VI, gave to her for her 18th birthday. 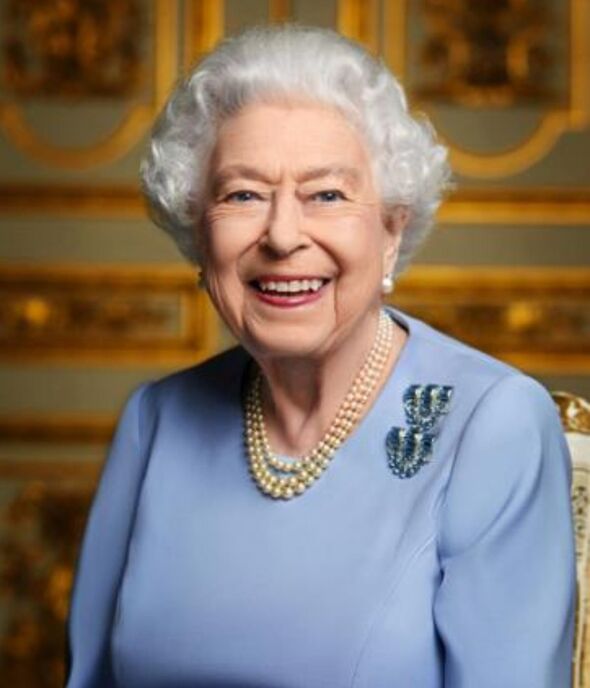 Her daughter-in-law, the new Queen Consort, spoke of her own memories of her in a televised tribute last night in which she remembered the Queen’s passion for racing, her sense of fun, and her ability to manage her time despite the great burdens of responsibility on her shoulders.

Queen Camilla said: “She made a rule that she had her private time and her private passions and then her public role and I think that is very important.

“The diary is planned out so you know when you’re on duty and when you’ve got to do things. Then when she went up to Scotland in August, you know that was the moment where it was her enjoyment.”

Prince Andrew, the late Queen’s disgraced second son, also issued a tribute to her yesterday, contrasting her role as mother of the nation with her support for him.

He said: “Mummy, your love for a son, your compassion, your care, your confidence I will treasure for ever.” Since the Queen died at Balmoral on September 8, eldest son Charles, 73, has travelled more than 1,900 miles around the UK.

This was part of a long-planned programme of events designed as much to get the British people used to their new sovereign as it was to mourn the last one. King Charles has met political and religious leaders, spoken to countless foreign heads of state and Commonwealth representatives – and he has talked to thousands of well-wishers in crowds in all four home nations.

His busy programme continued yesterday with a series of audiences in the 1844 Room at Buckingham Palace – with Liz Truss and then other prime ministers from some of his 14 overseas realms.

He and his Queen Consort, accompanied by other working members of the Royal Family, hosted a reception for foreign kings and Queens and presidents, who have flown to London from around the world.

The Windsor clan, many looking exhausted with grief etched on their faces after traversing the country to meet the people and accept their condolences, joined him at Buckingham Palace last night.

Their appearances came on top of the numerous behind-the-scenes planning meetings and rehearsals.

A source revealed yesterday that the Queen’s eight grandchildren, who were led by brothers Prince William and Prince Harry, had spent an hour practising their perfectly executed drill when they walked in formation and turned so neatly in unison to stand vigil around the Queen’s coffin at Westminster Hall on Saturday evening.

They are expected to take a lower profile after today’s services.

While the rest of the country returns to normal business with the official mourning period ending with the funeral, the King has ordered that the Royal Family will be in mourning for a further seven days.