President Biden paid his respects to the late monarch by signing the official book of condolence at Lancaster House along with his wife Dr Jill Biden.

Writing on Twitter the 46th US President said he would always remember the “kindness and hospitality” shown by the Queen. The veteran Irish American lawmaker added that her legacy would “loom large” not just in Britain but across the world.

He said: “Today Jill and I signed the Official Condolence Book for Her Majesty Queen Elizabeth II.

“We first met the Queen in 1982, and will always remember her kindness and hospitality.

“Her legacy will loom large in the pages of British history, and in the story of our world.”

The US President and the First Lady also paid tribute to Her Majesty by visiting her coffin lying in state in Westminster Hall on Sunday. 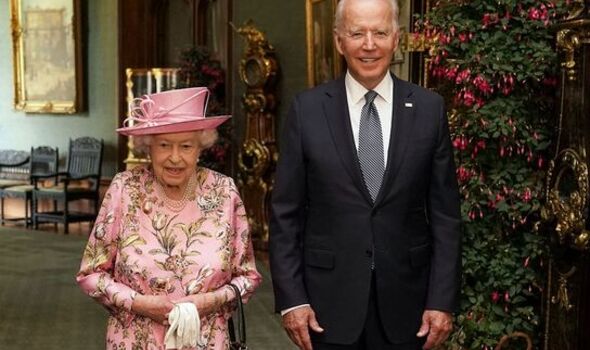 In separate comments on Sunday Mr Biden said the Queen was exactly the same in private as her public image.

He said: “The same in person as her image – decent, honorable and all about service.

“We’ve had an opportunity to meet with an awful lot of consequential people.

“But I can say that the ones who stand out in your mind are those whose relationship and interaction with you are consistent with their reputation.” 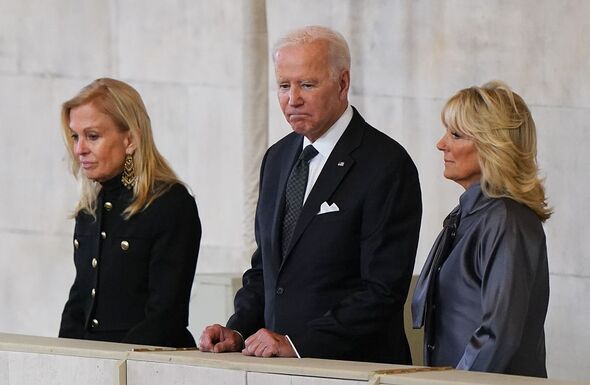 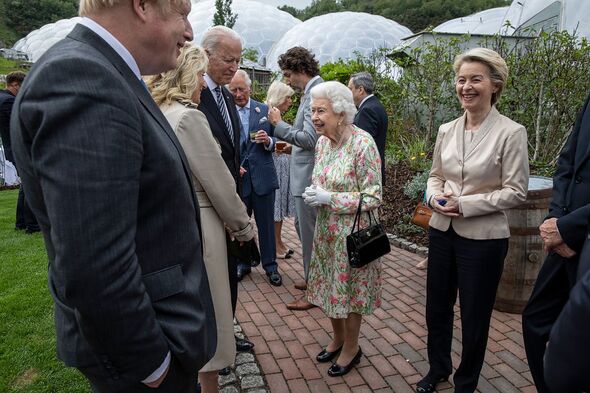 The US President, whose first wife Neilia was killed in a car accident in 1972 along with their one year old daughter Naomi and who also lost his son Beau to cancer in 2015, has often spoken of his own personal loss.

Mr Biden said that the Queen’s death would leave a “giant hole” but that she would be with King Charles “every step of the way”.

He stated: “It’s a loss that leaves a giant hole, and sometimes you’ll think you’ll never overcome it.

“But as I’ve told the King, she’s going to be with him every step of the way.”

DON’T MISS:
Kate ‘struggling to hold it together’ as Princess ‘on verge of tears’ [REVEAL]
Putin lashes out at Queen Elizabeth II in act of bitter ‘revenge’ [INSIGHT]
Royal Vault—what is it, where is it and who else is buried there? [SPOTLIGHT]

Mr Biden added that the Queen reminded him of his later mother Jean, who died aged 92 in 2010, in terms of her mannerism.

He said: “She had that look, like, ‘Are you okay? Is there anything I can do for you? What do you need?

“Make sure you’re doing what you’re supposed to do.”