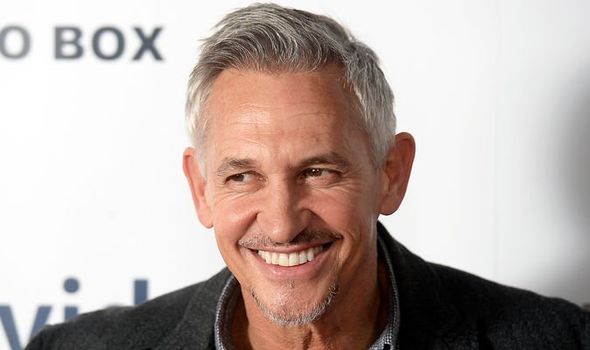 The outspoken former footballer is not shy when it comes to airing his political views on social media – often lamenting Brexit and the “state of our politics”. But Remainer Mr Lineker hit back after the BBC’s new Director-General Mr Davie told staff if they want to be opinionated columnists or a partisan campaigners on social media they “should not be working at the BBC”.

The Match of the Day presenter said he was not ordered to tone down his tweets, after signing a new deal, saying the BBC sees “that I tweet carefully. I think the BBC trust me”.

He added: “I know where the land lies – you can’t hold the BBC in disrepute.

“Even though I’m obviously freelance and I work for different people in different places I’ve always been respectful.

“I’ve never really had any issues and I don’t think I will in the future either”.

However, Mr Lineker, one of the best paid BBC presenters, was keen to take a swipe at Brexit Party leader Nigel Farage, telling The Times: “I don’t know if I blocked Farage.

“I haven’t blocked Farage actually. I just ignore him.”

The former England striker has been outspoken in his opposition to Britain’s departure from the EU and has previously been accused of breaching BBC impartiality rules by voicing his political views.

However, Mr Lineker, who recently took a 23 percent pay cut at the broadcaster, is a freelancer so doesn’t answer to BBC over social media guidelines.

His comments come after the broadcaster’s new boss said it needed to “urgently champion and recommit to impartiality”.

Mr Davie said: “We urgently need to champion and recommit to impartiality. It is deliverable and it is essential.

“If you work here, nothing should be more exciting than exploring different views, seeking evidence with curiosity and creatively presenting testimony.

“Making use of our own experiences but not driven by our personal agendas. I wonder if some people worry that impartiality could be a little dull.

“To be clear, this is not about abandoning democratic values such as championing fair debate or an abhorrence of racism.

“But it is about being free from political bias, guided by the pursuit of truth, not a particular agenda.

“If you want to be an opinionated columnist or a partisan campaigner on social media then that is a valid choice, but you should not be working at the BBC.”

Mr Lineker, who in the past was quick to call for a second Brexit referendum, has sparked rows over his remarks and social media posts.

Last year BBC cricket correspondent and former cricketer Jonathan Agnew told him “to keep his views to himself”.

He tweeted: “Gary. You are the face of BBC Sport. Please observe BBC editorial guidelines and keep your political views, whatever they are and whatever the subject, to yourself.

“I’d be sacked if I followed your example. Thanks.”

“Thank you so much for your concern, which, I imagine, wouldn’t be a concern at all if you agreed with me.”