The Prime Minister warned a fresh peak is “inevitable” and said the rules need to be kept under constant review. Another three million residents in England are facing a local lockdown from next week – bringing the total under increased restrictions close to 13 million. Mr Johnson’s scientific advisers have urged him to consider so-called “circuit break” measures – a quick, temporary clampdown of around two weeks – to halt the spike in cases.

The PM insisted a second full lockdown was the “last thing anybody wants” but the Government was considering whether it needed to “go further” than the current curbs.

He said: “Obviously we’re looking very carefully at the spread of the pandemic as it evolves, over the last few days. There’s no question, as I’ve said for several weeks now, that we could expect and are now seeing a second wave coming in.

“We are seeing it in France, in Spain, across Europe – it has been absolutely, I’m afraid, inevitable we were going to see it in this country.

“As we look at this particular curve and what is happening now, clearly we are going to keep everything under review.

“I don’t want to get into a second national lockdown at all, it is the last thing anybody wants.”

The PM said the public had done an “amazing job” in the battle against the virus but admitted “people find it difficult to keep this up”. 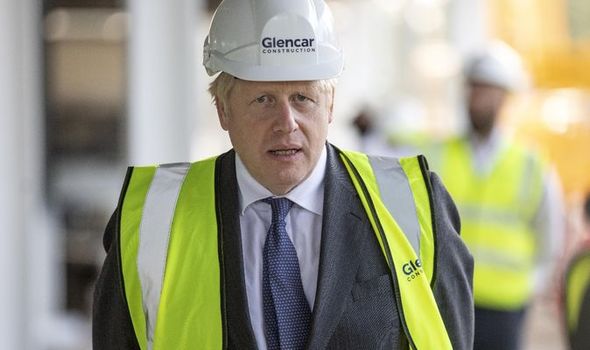 He went on: “It is very difficult to maintain that kind of discipline for a long time.

“What you’ve seen is the disease starting to spread again among young people and that’s where it really started to kick off in France and Spain – in those age groups – and we are now seeing that here.” Ministers fear a surge this winter will be devastating as the NHS battles the seasonal spike in flu cases, too.

Mr Johnson’s advisers have warned privately of a significant increase in deaths by the end of next month unless action is taken.

If the “circuit break” is put into action, hospitality businesses could be shut down for a fortnight and different households would be asked not to mix.

The short-term curbs could be imposed to coincide with the October school half-term to minimise the disruption to children’s education.

Mr Johnson did not rule out the measures but insisted he wanted to keep classrooms and as many businesses as possible open. He said: “I don’t think anybody wants to go into a second lockdown. But clearly, when you look at what is happening, you have got to wonder whether we need to go further than the rule of six that we brought in on Monday.

“So we will be looking at the local lockdowns we have got in large parts of the country now, looking at what we can do to intensify things that help bring the rate of infection down there, but also looking at other measures as well.

“What I will say is, as we go forward, we will be explaining in great detail to people what the scientific background is, what the epidemiology is saying and really how we propose to do it.” The PM spoke after visiting the Jenner Institute in Oxford, where he toured the laboratory and met scientists who are leading the Covid-19 vaccine research.

He also went to nearby Didcot where he bumped elbows with construction workers building the new vaccines Manufacturing and Innovation Centre.

Yesterday’s visits came as it was revealed that hospital admissions in England are doubling every eight days. In the 24 hours to yesterday morning there were 4,322 new infections recorded across the UK and 27 deaths, taking the toll to 41,732.

Meanwhile, Dr David Rosser, chief executive of University Hospitals Birmingham, revealed that the city’s Nightingale hospital has been placed on high alert so that it can be reopened within three days if needed.

Ministers have ordered more regions in northern England, including most of Lancashire and the Midlands, into lockdown from Tuesday.

But he told the public it was “absolutely critical” they followed the “rule of six” restriction on the number of people allowed to gather to prevent tougher measures having to be imposed.

He said: “We want to avoid a national lockdown but we’re prepared to do it if we need to.”

He called on residents living under local restrictions to stick to the advice. “If we do all these things, then we can avoid having to take serious further measures,” he said.

Households living with the rules are banned from seeing other people at home or in their gardens. Restaurants, pubs and bars are restricted to table service only and must close at 10pm.

Public transport and sporting events should be avoided, according to the guidelines.

Areas hit include Bradford, Kirklees and Calderdale, West Yorkshire, Oadby and Wigston in the Midlands, Merseyside, Warrington, Halton and Lancashire, apart from Blackpool. 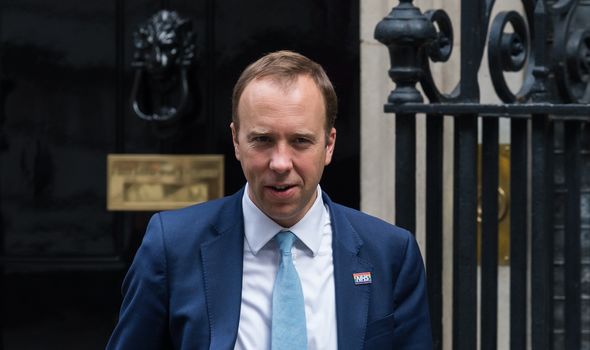 The measures have been imposed after a rise in cases.

London is about “two weeks behind”, the city’s mayor, Sadiq Khan claimed.

Yesterday he cancelled the capital’s annual New Year’s Eve fireworks display, saying “we simply can’t afford to have numbers of people congregating”. Usually around 100,000 gather at the event.

Mr Khan added that he was “really worried” about the rising number of infections in London after they rose from 18.8 to 25 people per 100,000 in a week.

He said a 10pm curfew on pubs and restaurants was being considered to “minimise the amount of hours people spend socialising which can increase the risk of the virus spreading”.

Unfortunately, with the reopening of businesses and schools, case numbers are going up.

We had a higher than desired background level of cases in the country when we lifted the lockdown measures.

Thus as soon as we started interacting with each other again it was inevitable that the case numbers would increase.

The big worry is that as they escalate, the system of testing and tracing is overwhelmed and becomes ineffectual. It is imperative that we all take responsibility with the case numbers going up and do all we can not to become infected or infect anyone. 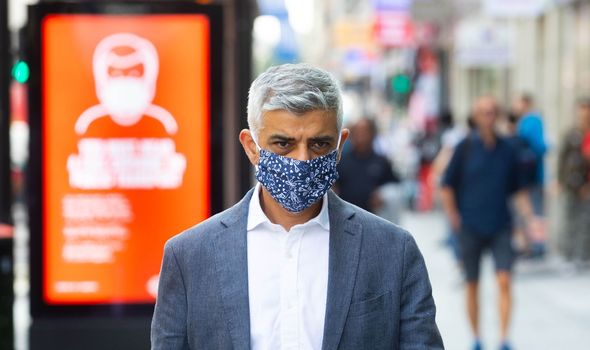 The window of opportunity is now. While I am averse to a lockdown, my advice is to reduce your interactions with others as much as possible.

It is a case of set aside your short-term pleasures for the long-term gain.

The next few weeks are crucial and avoiding mixing with other people will be a good preventative measure to take.

A new lockdown would have severe consequences.