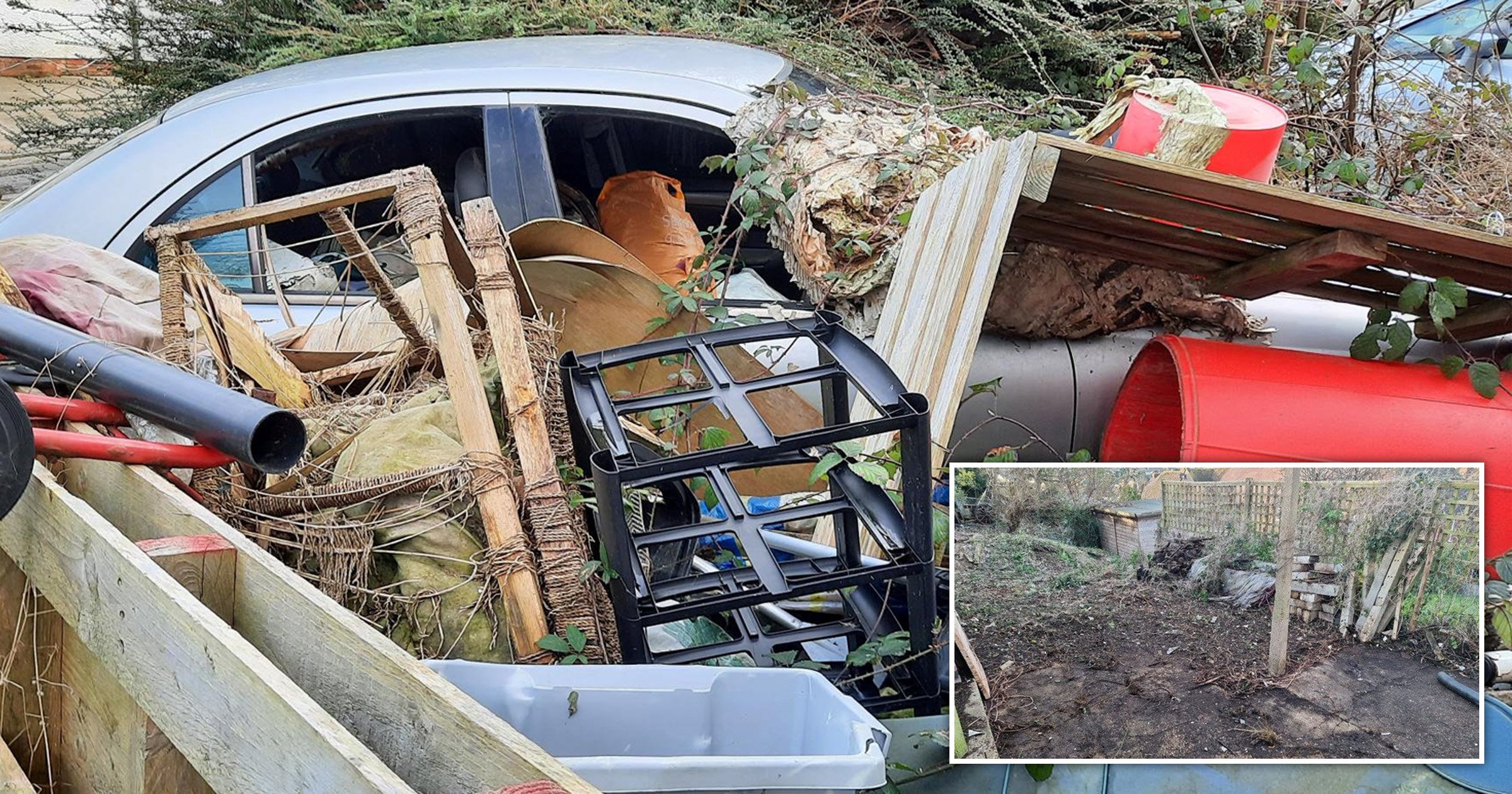 A homeowner’s garden that was so full of rubbish that it was a ‘junkyard’ took contractors nearly three days to clear out.

The rubbish piled so high at the house that neighbours in Seaford, West Sussex, could see it poking above the fence.

It took Lewes District Council contractors two-and-a-half days to clear out the garden.

Old metal baskets, broken wooden pallets, damaged furniture, power tools and even a car were tangled up in overgrown weeds and trees.

A stained suitcase, a large pipe, plastic shelves and a lot of unidentifiable objects were discarded in the backyard as well.

There was a lifting trolley buried too – so maybe an attempt to tidy the mound was long ago made. Or not.

The rubbish-clogged garden was ‘spoiling’ the environment and was a ‘blight’ on the community, the council said.

So the council was forced to send in workers to chuck out the ‘eyesore’ last month.

Councillor Julie Carr said: ‘The outside of this property had become a blight on the landscape for people living nearby and those using a footpath next to it.

‘Our requests to the resident to properly dispose of the waste, which ranged from white goods to old road signs, fell on deaf ears so we had to take direct action ourselves.

‘Anyone else who uses their garden as a junkyard should be aware that they will not get away with damaging the look of the neighbourhood.’

The council handed the homeowner a notice under section 215 of the Town and Country Planning Act 1990, giving them two months to tidy up.

This notice is for when a piece of land isn’t up to scratch and impacts the amenity of the nearby area.

It allows councils to demand ‘land to be cleaned up when its condition adversely affects the amenity of the area’.