Battle of Britain: RAF Spitfires fly over London for anniversary

For military history buff Chris the flight ended in tears – of joy. The retired businessman took off from Biggin Hill in a Spitfire decked in the Pacific War camouflage of 457 Squadron, Royal Australian Air Force complete with shark’s teeth. After flying over Kent and performing a Victory Roll, the 70-year-old found it hard to come back to earth – taking his time to leave the two-seater trainer on landing.

Wiping away tears of happiness and struggling to speak he said finally: “There wasn’t a best bit. It was all the best bit. I just cannot believe it, for a lad like me to have flown a Spitfire.

“I was allowed to take the controls, just for a little while. I thought of the immense cost of this historic plane and I let the pilot take it back.

“To think of the young lads who went to war in these planes for us. It took more than courage.

“When we did the Victory Roll at first I was worried but I soon realised how fantastic it was.”

He added: “Can I just thank the Daily Express very, very much. Your paper has made this possible. I never ever thought I would do something like this.”

The flight from the Biggin Hill Heritage Hangar with flyaspitfire.com was won by Chris’s wife Christine. 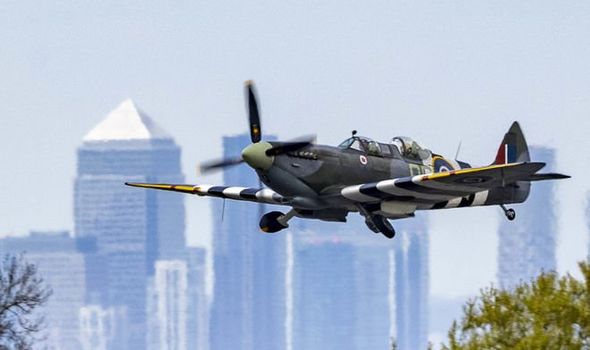 She said: “Last year was our golden wedding anniversary and we both celebrated our 70th birthdays so I wanted to get him something special.

“I saw the competition and entered because I knew it was something he has always wanted. When we learned we had won he was so excited.”

The couple of Rushden, Northants won the flight last summer but had to wait until last week because of lockdown restrictions.

Chris was in the safe hands of pilot Anna Walker, 60, a former aerobatics champion.

She said: “It’s always a pleasure to take someone up in the Spitfire but when they have won it as a prize it’s like making the magic twice as good.”

Anna has flown many types of planes but Spitfires are a favourite. She said: “I particularly like earlier models, the Mark Is. They are not difficult to fly, not as demanding as Hurricanes.” 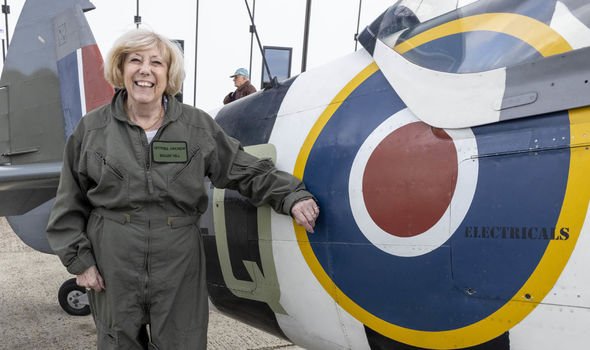 Next day it was the turn of Joan, 76, who wore gold shoes for the occasion. She has always been fascinated by Spitfires and her RAF fitter father Jack worked on them in the Second World War.

She said: “I’ve got a picture of him sitting in the cockpit. This is something I have wanted to do for years and years.”

Joan’s uncle Edwin was an RAF navigator in the war and she added: “I have grown up listening to people talking about planes and I think Spitfires are magnificent.”

Her Spitfire downed a Messerschmitt 109 at Arnhem in 1944 when flown by Sid Bregman, 22, from Toronto, Canada.

Before being strapped in, Joan was able to read his logbook and view photos of the German plane.

Retired heating firm manager Joan, of Sheffield, gave the thumbs-up after returning from her sortie over Kent and a Victory Roll over Brands Hatch race circuit.

As the canopy was pulled back, she said: “Brilliant. The best experience of my life. I would not have missed it for the world.

“I was a bit nervous about flying it because I can’t even drive a car. But it was so easy. The Spitfire is so sensitive, just the pressure of your thumbprint – that’s all it takes. To fly from a Battle of Britain fighter base makes it even more exciting.

“I just cannot believe how young the wartime pilots were and what they did for us and how brave they must have been.”

Her pilot Jeremy “Jez” Britcher, 40, said: “How can you not like flying a Spitfire? Flying it is a privilege and an honour.”

Entrants to the competition gave more than £20,000 to the RAF Benevolent Fund.

Air Vice-Marshal Chris Elliot, controller, said: “Thanks to the Daily Express Readers who have made a real difference. Their support means we can continue reaching those in the greatest need, with practical, emotional and financial help.”

A 30-minute flight in a Spitfire with flyaspitfire.com costs £2,750. 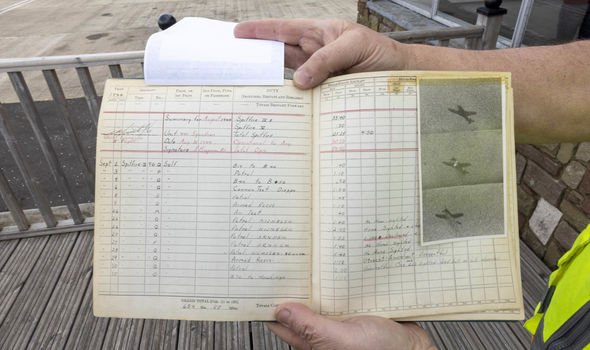 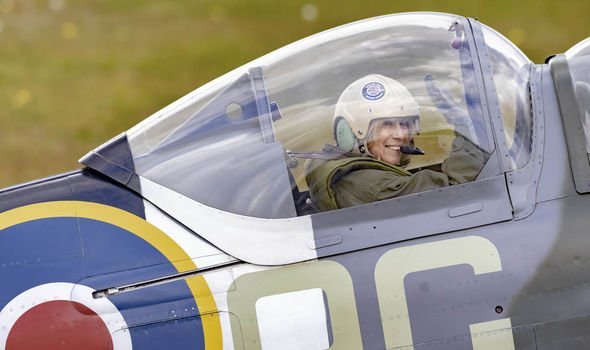 THE HEROIC HISTORIES THAT LIE BEHIND OUR WINNERS’ FIGHTER AIRCRAFT

Chris’s plane, built in 1945, had the registration A58-606 and squadron code ZP-W of Sqn Ldr Bruce Watson. Next to the cockpit is its nickname Grey Nurse, in honour of his wife.

It has been restored by workers at the Biggin Hill Heritage Hangar who chose its Pacific War camouflage in tribute to The Forgotten Army in the war against Japan.

Joan’s Spitfire bears a maple leaf commemorating its Canadian pilot Sid Bregman, 22, who shot down a German fighter during a dogfight over Arnhem in 1944.

Spotting an ME109 following his leader, he downed it – ground crew later found he had fired just 11 20mm cannon rounds.