18 people rescued from back of refrigerated lorry at service station 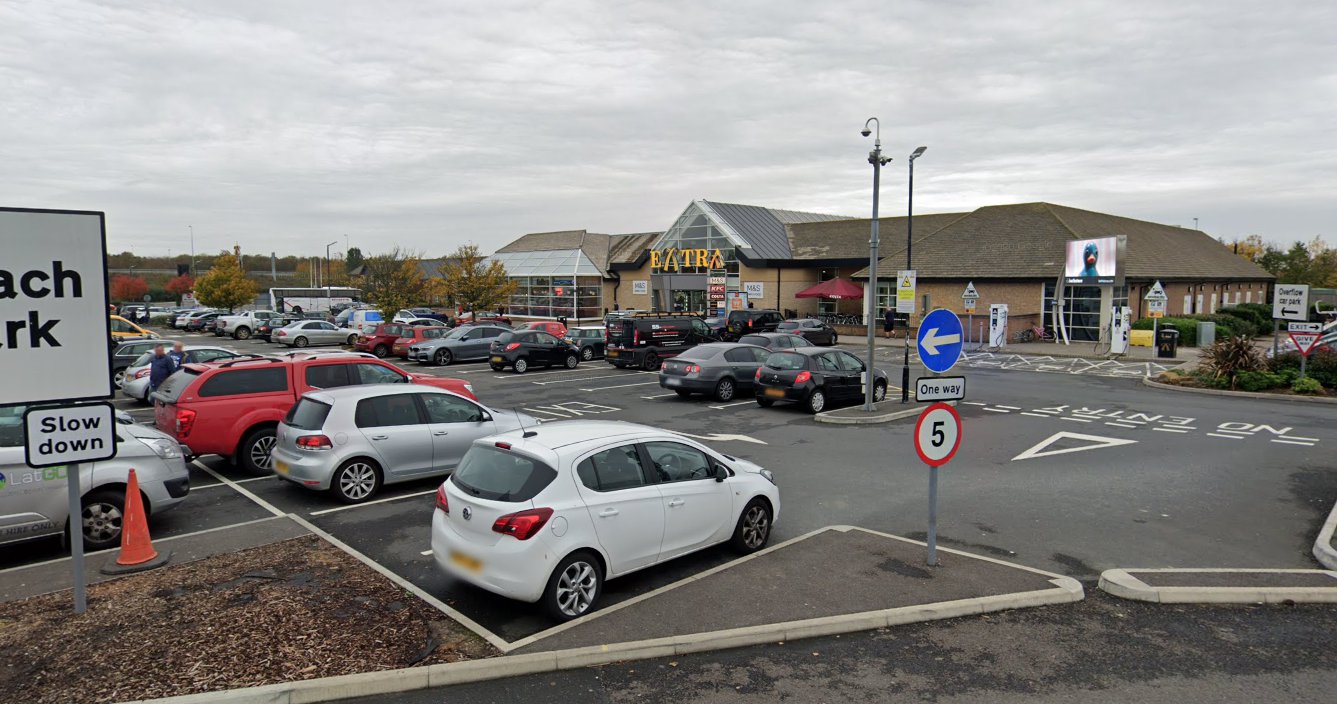 A group of 18 people have been rescued from the back of a refrigerated lorry while it was stopped at a service station.

The driver found the hideaways in the HGV and called the police during a trip down the A1M near Peterborough in Cambridgeshire.

Officers went to the lorry, at Haddon services, and found nobody was injured. The group will now be handed over to the immigration services.

It follows a similar incident on February 17 when three men were rescued from the back of a lorry on the A14 at Brampton Hut Services near Huntingdon in Cambridgeshire.

The men had told police in a call that they were suffocating and struggling to breathe, and officers then located the vehicle which was believed to have travelled from France.

They were taken into custody and their cases will be dealt with according to immigration rules.

A Cambridgeshire Police spokesman said: ‘Stories like this may be distressing, but highlight that slavery and trafficking are real and police need the public’s help.’

They said people should be particularly vigilant at service stations or lay-bys, and should raise the alarm if anything about the vehicle does not seem quite right, for example if produce is being thrown from it or something is being done to catch the attention of other motorists.

Anyone who sees any of the above is urged to call police on 999 and to take a note of the vehicle registration number, even if it has foreign plates.

Earlier this year, a gang of people smugglers were jailed for causing the deaths of 39 Vietnamese migrants in the back of a lorry, which was stopped in Essex.

On that occasion the men, women and children on board all suffocated while being smuggled over the border from France.