SIMON WALTERS: The note that put Carrie Symonds in the doghouse

SIMON WALTERS: The note to a newspaper that put Carrie Symonds in the doghouse

Boris Johnson refused to back fiancee Carrie Symonds’ complaint to The Times after it claimed the couple ‘callously’ wanted to get rid of their pet dog Dilyn.

He objected on the basis that the proposed complaint, drawn up at the start of the Covid crisis, was ‘a nonsense’.

A copy of the draft letter was leaked to the Daily Mail after Dominic Cummings told MPs on Wednesday that Miss Symonds went ‘completely crackers’ over a report claiming the couple hated Dilyn. 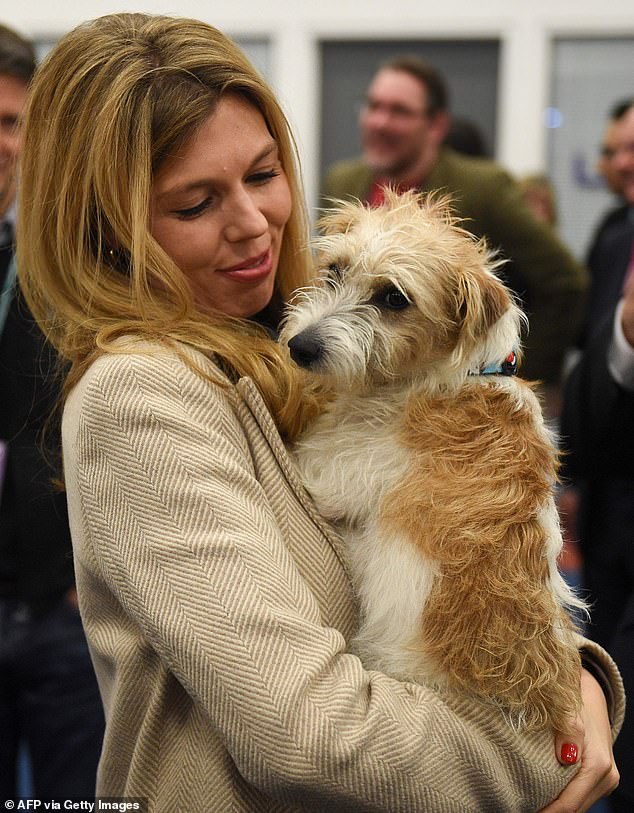 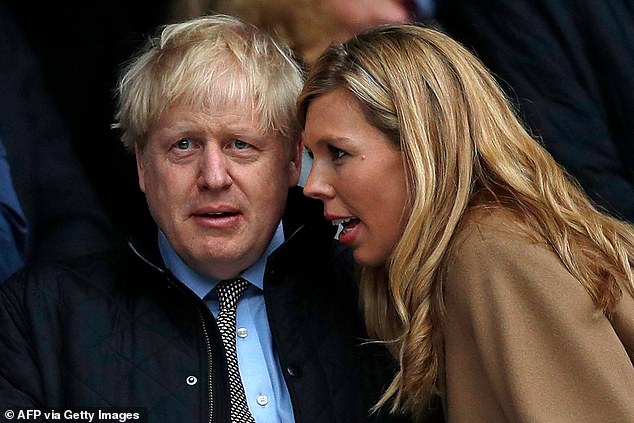 Mr Johnson’s former chief adviser Mr Cummings said Miss Symonds’ reaction had diverted the Prime Minister’s attention at a crucial stage ahead of the first lockdown. He was also dealing with a demand by Donald Trump for Britain to back bombing raids in the Middle East.

The leaked letter shows Miss Symonds wanted Mr Johnson to support her formal protest that Jack Russell cross Dilyn was not ‘chronically ill’ and there were no plans to ‘callously rehome’ him.

The draft letter, in both their names, was prepared after Miss Symonds was enraged by an article in The Times on March 11 last year. It was addressed to The Times and in it, the couple threatened to take their complaint to the Independent Press Standards Organisation (IPSO).

The article said Dilyn could be put up for adoption because the couple were fed up with trying to house train the ‘sickly animal’.

Miss Symonds denounced the story as ‘total crap’ on social media. And when The Times refused to print an apology, she urged Mr Johnson to write to it.

But after reportedly telling Miss Symonds he would send the letter, Mr Johnson changed his mind after Mr Cummings intervened, according to well-placed sources.

‘The PM went along with it initially because Carrie was very cross,’ said an insider. ‘It was none of Dom’s business but he hated Carrie and went berserk. He told the PM it was a waste of time – and the PM agreed. He sympathised with Carrie’s feelings but said, “I can’t sign this – it’s a nonsense”.’

Mr Johnson’s decision to not complain came after Mr Cummings was told he could not attend a Covid meeting because he was dealing with the Dilyn row. 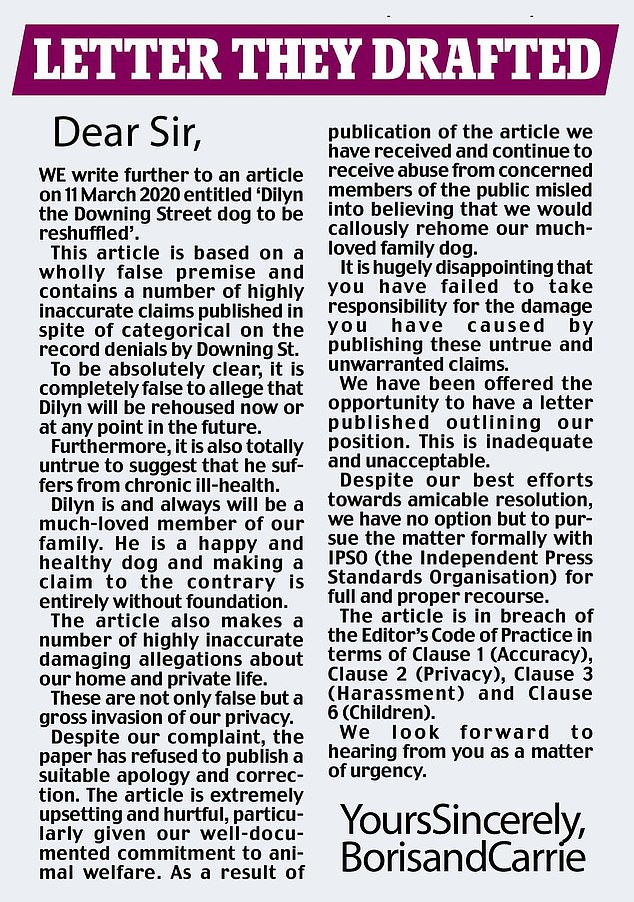 The draft letter, in both their names, was prepared after Miss Symonds was enraged by an article in The Times on March 11 last year

Eight months later, Mr Cummings was ousted from his No10 post when he lost a power struggle with Miss Symonds.

In his evidence on Wednesday, Mr Cummings said: ‘The Prime Minister’s girlfriend was going completely crackers about this story. Part of the building was saying “Are we going to bomb Iraq?” Part of the building was arguing whether or not we’re going to do or not do quarantine. The Prime Minister has got his girlfriend going crackers about something completely trivial.’ He also accused Miss Symonds of intervening in a key No10 appointment in a way that was ‘not only completely unethical but also clearly illegal’.

According to a well-placed No10 source, there was another reason Mr Johnson did not complain about the report. ‘It was essentially true,’ said the source. ‘At one stage there was talk of getting rid of Dilyn. Carrie loves the dog but Boris has never been a fan. It drove him round the bend.’

We write further to an article on 11 March 2020 entitled ‘Dilyn the Downing Street dog to be reshuffled’.

This article is based on a wholly false premise and contains a number of highly inaccurate claims published in spite of categorical on the record denials by Downing St.

To be absolutely clear, it is completely false to allege that Dilyn will be rehoused now or at any point in the future.

Furthermore, it is also totally untrue to suggest that he suffers from chronic ill-health.

Dilyn is and always will be a much-loved member of our family. He is a happy and healthy dog and making a claim to the contrary is entirely without foundation.

The article also makes a number of highly inaccurate damaging allegations about our home and private life.

These are not only false but a gross invasion of our privacy.

Despite our complaint, the paper has refused to publish a suitable apology and correction. The article is extremely upsetting and hurtful, particularly given our well-documented commitment to animal welfare. As a result of publication of the article we have received and continue to receive abuse from concerned members of the public misled into believing that we would callously rehome our much-loved family dog.

It is hugely disappointing that you have failed to take responsibility for the damage you have caused by publishing these untrue and unwarranted claims.

We have been offered the opportunity to have a letter published outlining our position. This is inadequate and unacceptable.

Despite our best efforts towards amicable resolution, we have no option but to pursue the matter formally with IPSO (the Independent Press Standards Organisation) for full and proper recourse.

The article is in breach of the Editor’s Code of Practice in terms of Clause 1 (Accuracy), Clause 2 (Privacy), Clause 3 (Harassment) and Clause 6 (Children).

We look forward to hearing from you as a matter of urgency.