Lifesavers are bracing for crowded beaches this summer as the devastating floods in northern Victoria deter riverside holidays and result in more coastal visits.

Many communities are still grappling with flooding along the Murray River and Victoria’s only inland lifesaving club, in Mildura, remains underwater. 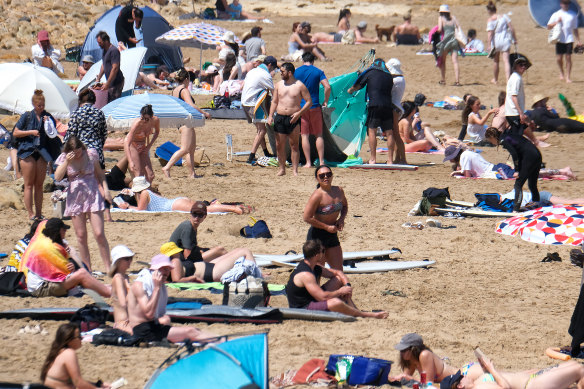 Crowds flocked to Torquay at the weekend and Life Saving Victoria expects it will get much busier this summer.Credit:Luis Ascui

Mildura Life Saving Club president Adrian Adams said the floodwater was about half a metre above the ground floor of the two-storey clubhouse.

“Our season will severely be impacted,” he said.

The club is planning to send about 30 of its lifesavers to the coast to help with the summer rush.

“It gives our members experience at an ocean club,” he said. “It also keeps them actively involved.” Life Saving Victoria’s research and evaluation manager, Hannah Calverley, said many people who usually holidayed at riverside destinations would flock to the coast instead.

The emergency service says its patrols will be fully staffed this summer despite shortages plaguing the broader workforce, and it insists there will be enough guards on standby who can be ready at short notice.

The organisation has also released its latest drowning report, which shows 53 people died in the water in Victoria during the 2021-22 financial year.

The figure is down from the record 61 drownings the year before, but the drowning rate of 0.81 per 100,000 people is still 18 per cent higher than the 10-year average.

People drowning in rivers, creeks and streams accounted for the highest number of deaths, at 16, while drownings at beaches, rocky outcrops, oceans and bays were second highest at 14.

The most common age group for drownings was over 65, with 22 fatalities.

Non-fatal incidents in the water that were attended by paramedics increased, reaching 111 in 2021-22 compared with 104 the year before.

“It can have a permanent impact on the individual and the people around them.”

Life Saving Victoria said the Mornington Peninsula had the highest number of drownings of any council area, with 49 deaths in the past decade, followed by the Bass Coast at 28 and Greater Geelong with 19.

The service is also urging people to correctly use safety equipment on boats; at least 26 boaters who drowned over the past decade were not wearing a lifejacket and another 11 failed to wear one properly.

Torquay Surf Life Saving Club patrol captain Ben Harris said he was expecting a particularly hectic holiday period on the coast, partly due to the floods up north.

“It looks like this summer will be one of the busiest if we get some nice weather and the rain stops,” he said. 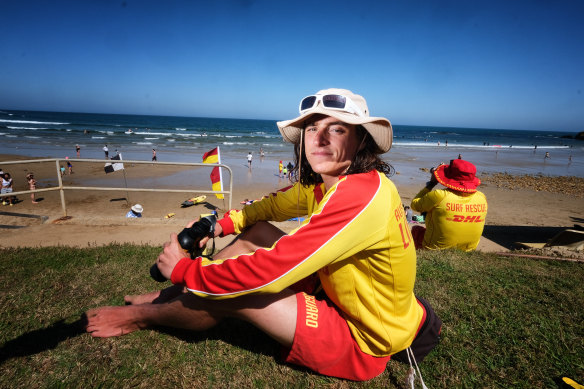 Harris said there had already been several rescues in Torquay over the first summer weekend, which he attributed to people overestimating their ability to handle conditions in the water.

“Luckily, all things ended better than worse,” he said. “Especially because of the hot weather, there were a lot of people to keep an eye on.”

Figures released by the Murray Regional Tourism Board showed the region typically received about 1.87 million visitors during the peak holiday season, but it expects a steep decline this summer due to the floods.

A survey of 174 accommodation and tourism businesses revealed about 80 per cent had lost at least 40 per cent of their forward revenue for the peak season between the Melbourne Cup and Australia Day long weekends.

The board’s interim chief executive, Will Flamsteed, said even businesses that had not been flooded had been affected by a lack of visitors and cancelled bookings, which would amount to at least $128 million in lost income. He said that figure may double by the end of January.

“It’s a very flat river, and it takes a long time to get to the coast near Adelaide,” he said.

There are still extensive road closures across the state due to flooding, complicating access some popular holiday destinations.