A WARPED ISIS fanatic who encouraged a terror plot in Germany to cause "mass murder" with bombs and a meat cleaver has been caged.

Fatah Abdullah, 35, researched how to make bombs so he could feed the information to two co-conspirators. 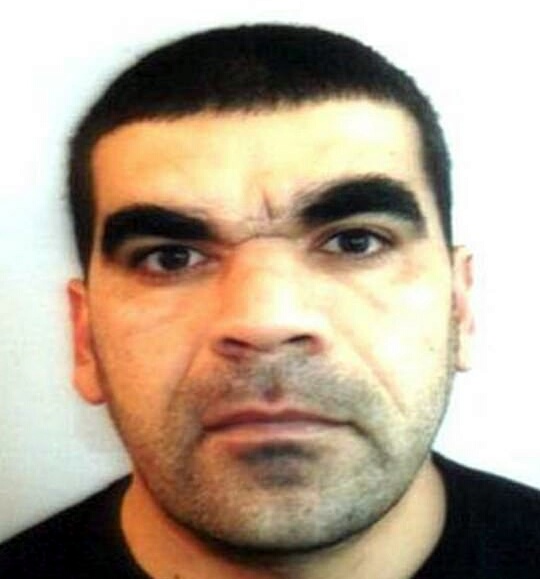 Abdullah, from Newcastle, bought more than 8,000 matches and ingredients to make gunfire, which were never found.

He encouraged Omar Babek and Ahmed Hussein in Germany to drive a car into a crowd and attack people with a meat cleaver before causing an explosion.

But the murderous rampage was foiled when the plotters were arrested.

Abdullah has now been caged for life with a minimum term of nine years at the Old Bailey.

He pleaded guilty to inciting terrorism overseas and engaging in conduct in preparation to assist others to commit terrorist acts.

Mr Justice Sweeney branded Abdullah a dangerous offender and said his "ultimate aim" was to "cause mass murder in Germany".

He added: "The fact the ultimate offences were to be carried out by others abroad does not diminish their gravity in any way.

"There can be no doubt your acts were of significant assistance and encouragement."

The court heard how Abdullah was granted asylum in the UK before creating the terror plot.

In chilling exchanges with the German would-be jihadis, Abdullah wrote: "You select your target for the car, after you have set off the explosions, you target crowd or group of people with your car you drive through them, and find a meat clever which is used by butchers, once you have ran them over with the car get out of the car start attacking them with it.

"The aim is that you kill them and make them feel terrified and show them that (so-called Islamic State), is here and Islam is here, the most important thing is that you carry out the jihad."

After the two accomplices were arrested, Abdullah tried worming his way out of a connection with weak excuses for his weapons.

He told cops he had bought a pocket knife on Amazon to cut grass for his rabbits.

While a food mixer from eBay was to make pizza dough and an SAS-style balaclava was for when it was cold, he said.

Abdullah even claimed an explosive powder he bought was for growing flowers.

Hussein and Babek went on to plead guilty to preparation of a serious act of violent subversion involving unlawful handling of explosive substances and were sentenced to four years, eight months in prison in Germany.