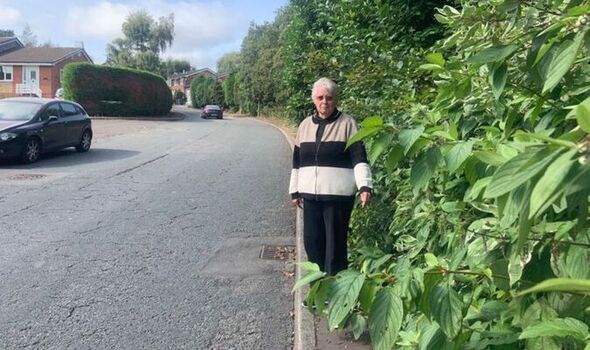 A woman has told of her frustration as an overgrown hedge in her neighbourhood is overspilling across a stretch of pavement – and no one seems to know who is responsible for it.

She claims the foliage is now forcing wheelchair users and parents with prams into the road, putting them at risk from oncoming traffic. The narrow path is located in a residential area with a high volume of traffic on the road’s 20mph speed limit.

Anne Moore, who lives opposite the shrub in Blackburn, Lancashire, first reported the issue to the local council in July, claiming the problem had escalated to the entire pavement becoming “unpassable.”

She said she has noticed locals struggling to get by, with many having to walk onto the busy road to avoid the overgrown shrubbery.

The 64-year-old told LancsLive: “There’s a lady who lives up the road on a mobility scooter and she’s had to walk onto the road.

“There’s also a blind couple who have a guide dog and that dog walks onto the road as well, because the pavement is too narrow to walk on.

“At school pick-up time, it’s really busy with loads of cars and people can’t leave their younger kids at home so they take these big prams to pick up their kids.

“They might have a dog too and so all of that doesn’t fit either.” 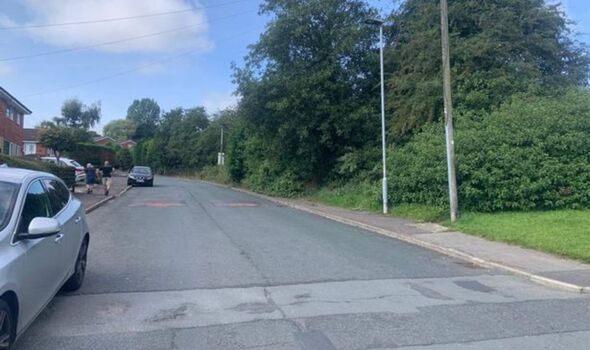 Anne has lived in her house for 34 years since she bought it for her 30th birthday.

Back then, the shrub was non-existent, as it was two years after she moved in that she was told by workers who planted it that they had planning permission for one tree and a bush – which has since significantly overgrown.

Anne said: “It’s never been trimmed, apart from by yours truly. That was about four years ago, but I just trimmed some of the weeds on the pavement, I didn’t go near the tree.

“I check to see it and it’s covering the pavement now. It’s an accident waiting to happen.”

Another neighbour, who wished to be named only as Dennis, lives next door to Anne and has called the address home for 44 years.

He also shares similar concerns about the footpath, including the way in which people drive down the road, which he claims is adding to the issue.

He said that people opt to walk on that side of the road as opposed to crossing it, as they may think it is quiet, which, according to him, it is not. 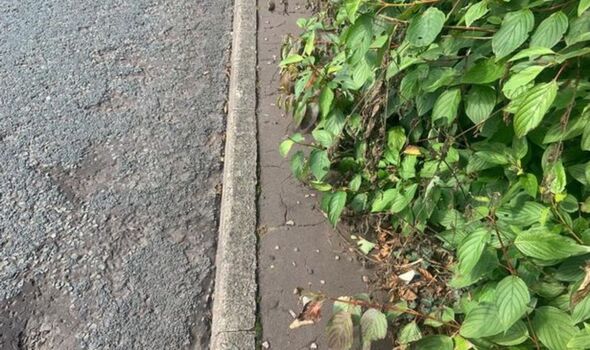 Dennis said: “It’s a danger for people walking down because they’ve always got to walk in the road, of course then they’ve got their backs to the cars and some of the cars ignore the 20 mile an hour, they really come down fast.

“You get people with prams, having to walk in the road and the other day there was a blind lady, she had to walk into the road with her dog, so it’s very very risky.

“Motorists come down really fast and if they’re on their mobile phone, which a lot are, they’ll hit somebody.

“It is causing a problem. It won’t be long before it’s completely over the pavement.”

It is understood that the shrubbery on the pavement does not belong to the residents of the houses which back onto it, as there is fencing separating them from the shrubbery. The council also said it does not own the site.

Dwayne Lowe, head of highways, transport and network for Darwen Borough Council, said: “Since we received the enquiry from residents we have been clarifying the ownership of the land and that is still not clear.

“However, for the future safety of highway users, we will be taking the overhanging shrubs back to the edge of the pavement within the next 4 weeks.”