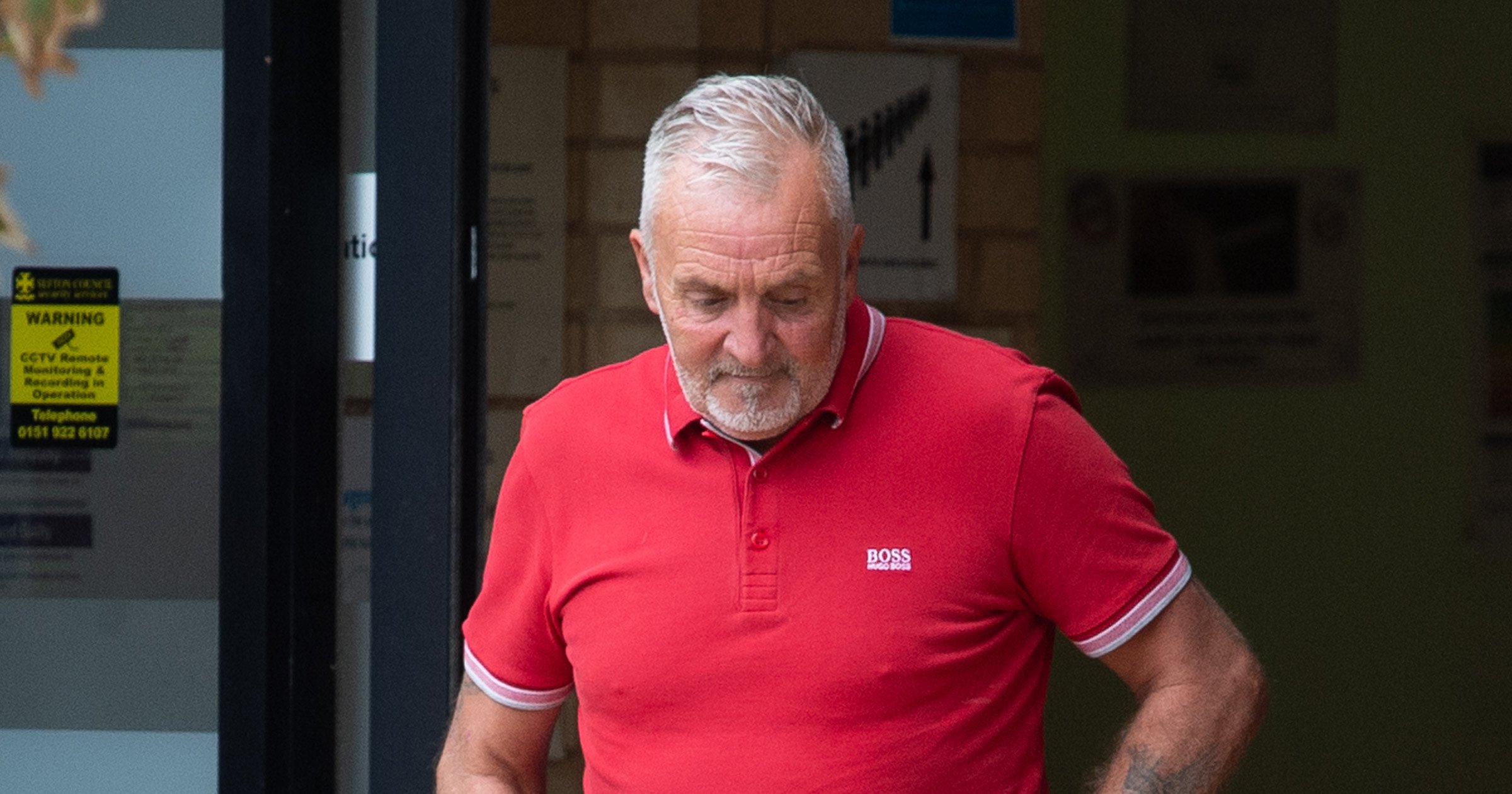 A football hooligan faces up to five years in prison after he hit a woman in the face with a flare.

The missile landed close to Harry Rock, 58, who ignored police and picked it up, throwing it into a crowd of people in a fit of rage.

He hit Sadhana Jain who had travelled to Liverpool to watch them against Wolverhampton Wanderers on May 11.

She said: ‘It was like slow motion. I could see it flying towards me but I just couldn’t move out of the way. I was very disorientated and my initial instinct was that my hair was on fire and I thought my nose was broken as I could feel blood.

‘I had a very nasty bump on the head, a crack to the nose and was in shock with extremely high blood pressure.

She was supported at the scene by fellow fans and stewards before paramedics arrived.

It later emerged that there was also a partially sighted woman with a guide dog close by.

Prosecutor Amie Gouldson told Sefton Magistrates’ Court that police had cleared an area in the wheelchair section of the away corner to deal with the flare safely.

But then a police officer saw Rock go into the area.

Miss Gouldson said: ‘[PC Heard] was very concerned that he was going to burn himself and he said, “Do not f***ing touch it”.

‘He realised it was perhaps not the most professional language, but he was genuinely concerned for his safety.

‘The defendant then picked the flare up and the constable tried to stop him by holding his arm. Before he does so, he has thrown the flare.

‘The officer said he could not believe what he witnessed as it was still burning when it was thrown towards the main stand.’

Rock, who has supported Wolves for 40 years, was arrested immediately and now faces being barred from going to football matches. His solicitor said he would challenge this ban.

He will be sentenced on September 29.