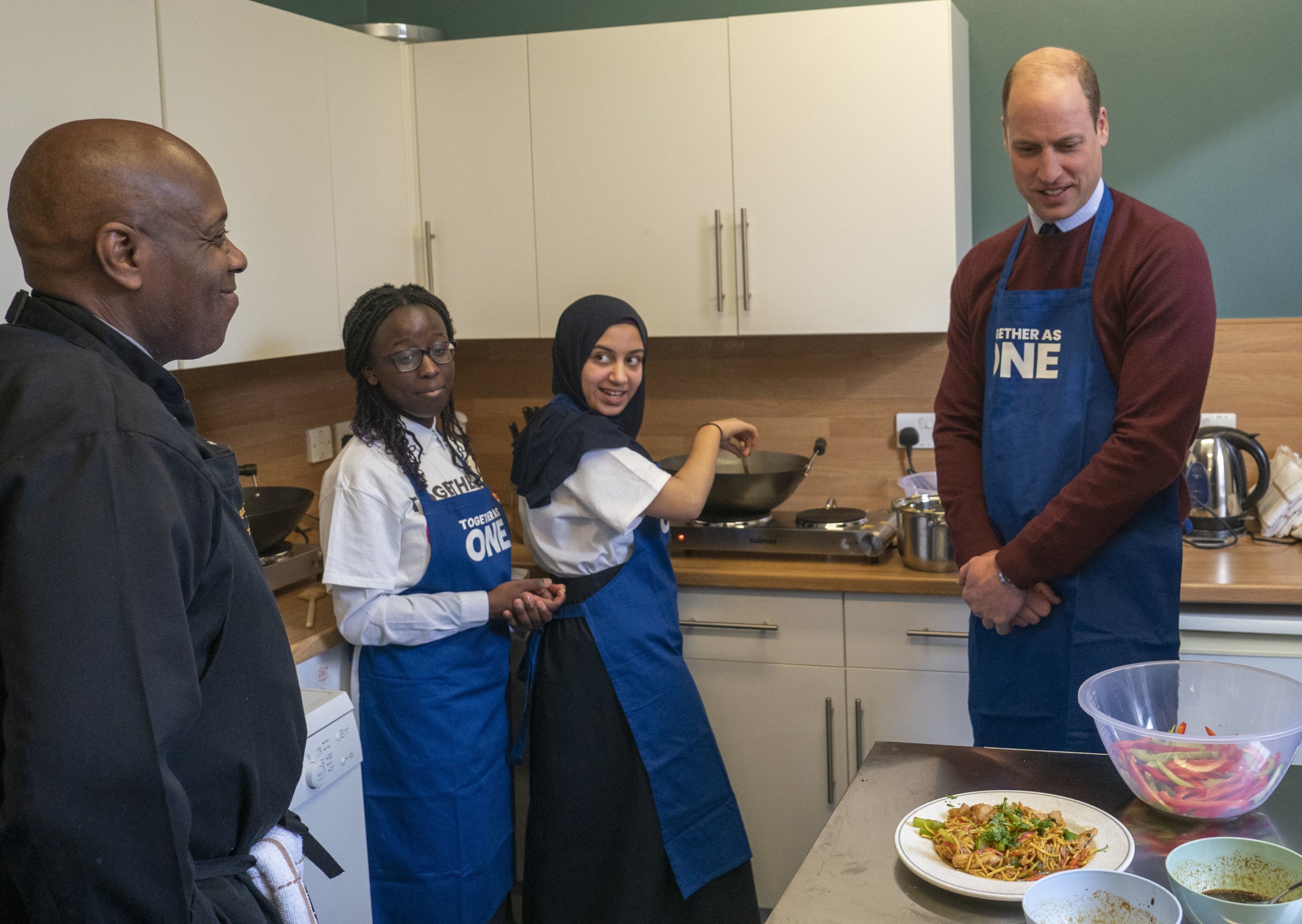 The Prince of Wales got stuck in cooking with some children today, but revealed he has a problem with ‘dry and lumpy’ sauces.

William told of his culinary mishaps as he helped dish up some money-saving meals during a visit to Together as One in Slough.

The charity is dedicated to working with young people to create positive social change, and is preparing to celebrate its 25th anniversary this February.

William told chef Kevin Muhammad: ‘I do a mean steak. My sauces come out quite dry or lumpy – I’ve got to work on those.’

After meeting some of the charity staff, William joined a group of young carers dishing out Teriyaki chicken and noodles for their Global Grub cooking programme.

The prince displayed no sign of woe, despite the recent release of Prince Harry’s memoir Spare, in which William is mentioned 358 times.

Harry claimed his older brother pushed him to the floor during an argument over Meghan Markle, smashing a dog bowl in the process.

The Duke of Sussex also claimed William and Kate encouraged him to wear his infamous Nazi uniform to a fancy dress party.

The Prince and Princess of Wales haven’t addressed any of these claims, continuing with their royal duties instead.

Together as One was founded in the wake of gang violence between young people from Asian backgrounds in the area in the 1990s.

It helps teach people how to cook healthy food, including preparing meals amid the cost of living crisis.

Conflict resolution and community cohesion are also taught as part of the scheme.