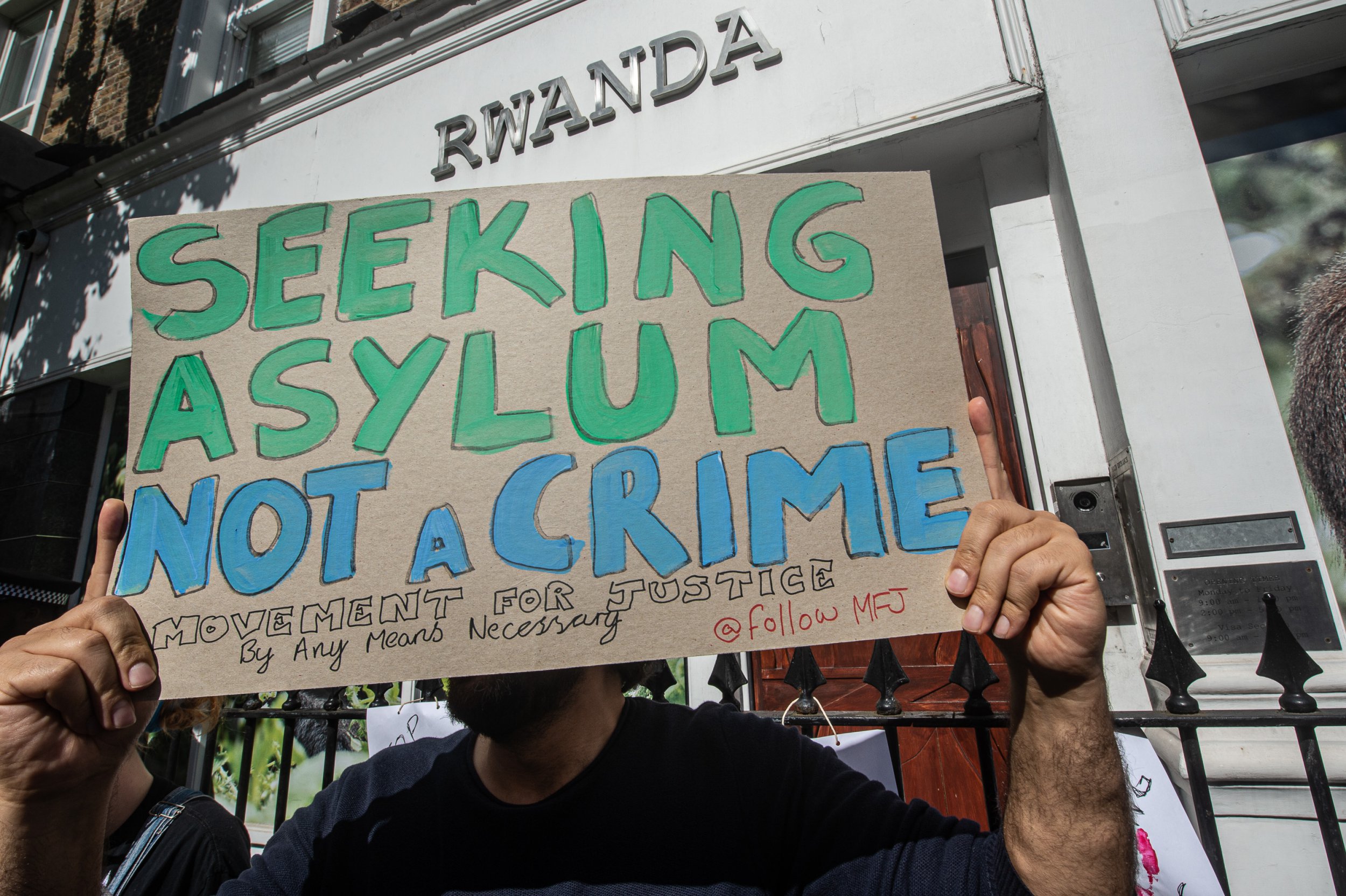 Two months on from the UK Government’s announcement of a deal with the Rwandan Government to deport people seeking asylum there, the first removal flight is due to take place.

This disgraceful push to hastily remove people seeking protection to Rwanda is yet another attempt to pass the buck on the UK’s responsibilities.

Not only is this scheme contrary to international and human rights law in its attempt to avoid our duties and obligations by asking Rwanda to take them on – which is neither safe nor appears to have the capacity to support refugees on our behalf – it also flies in the face of basic principles of fairness, access to justice, and belief in the rule of law.

As the CEO of Asylum Aid, an organisation that provides legal representation to vulnerable asylum seekers – such as survivors of torture, trafficking or gender-based violence, stateless people or unaccompanied children – I know firsthand the huge harm this scheme will cause to thousands of people.

That is why Asylum Aid applied for an urgent injunction to prevent the flights scheduled from taking off. Our application for an injunction is due to be heard.

This is the first step in making sure this unlawful and unfair scheme does not take hold in our asylum system and that people fleeing persecution can continue to find refuge here, in the UK.

People such as Fazel from Afghanistan, who suffered torture at the hands of the Taliban, fled his country and reached the UK by boat – the only means of travel he could find.

Since then, Fazel has received refugee status in the UK, where he now has a chance to rebuild his life and overcome his trauma.

Under the new rules, he would now be considered ‘inadmissible’ and sent off to Rwanda where, quite simply, his safety could not be guaranteed.

The Rwanda scheme assumes that Rwanda is a safe place for everyone – despite evidence of human rights abuses, lack of safeguarding for survivors of trafficking and torture, and discrimination against LGBTQ+ people.

It also operates on a truncated notice period, which leaves no time for people targeted with removal to get legal representatives and present their case against removal, and risks people being removed without access to advice or going before the courts.

The timelines for this process are so unrealistically short as to set people up to fail from the outset.

If your case is deemed ‘inadmissible’ and you are notified that you might be sent to Rwanda, you have only seven days to access legal advice and make your case for why you should not be sent there.

After a decision to remove you is made, you only have a further five days before the removal date.

Rather than offering these people sanctuary, we are reneging on our responsibilities and sending people into further danger

To put this into context, I would have 28 days to challenge a parking ticket with my local council.

Our own experience and the evidence from legal and other service providers clearly show that people fleeing persecution are struggling to access legal advice in the accelerated timescale under this scheme.

Even when legal advice is available, the time limits are too short for their lawyers to take instructions, gather evidence and make an effective case on the many complex factual and legal issues that the Home Office must decide.

We are seeing vulnerable people who have gone through unspeakable trauma locked up on arrival in the UK with no information, no understanding of what is happening to them or what they need to do, with only a week to make their case. This is neither fair or reasonable.

Yet the Government simply has not done enough to ensure the safety of those they will be removing to Rwanda by operating a fully considered decision making process where individuals have access to good quality legal advice.

Sending people to Rwanda seems certain to make them more vulnerable and put them at risk of further harm.

Imagine being condemned to permanent expulsion to an unknown and potentially dangerous country, just because you took the only route available to you to reach safety.

Making sure that all people fleeing countries where they are denied their rights are offered a genuinely fair process to make their case for protection has been a cornerstone of our justice system since the Second World War.

We know that the people who will be sent to Rwanda come from countries that are in conflict or have poor human rights records, such as Syria, Afghanistan and Sudan.

These are countries that the vast majority of the general public would agree are unsafe.

But rather than offering these people sanctuary, we are reneging on our responsibilities and sending people into further danger.

No one should consider themselves above the law. When an individual, company or government acts in a way that is unlawful we are duty bound, to investigate and hold them accountable.

This is why removal flights to Rwanda must be blocked from taking off until the lawfulness of the scheme can be properly considered in court.