Unseen photos of the Queen’s exhausted beefeaters after standing guard 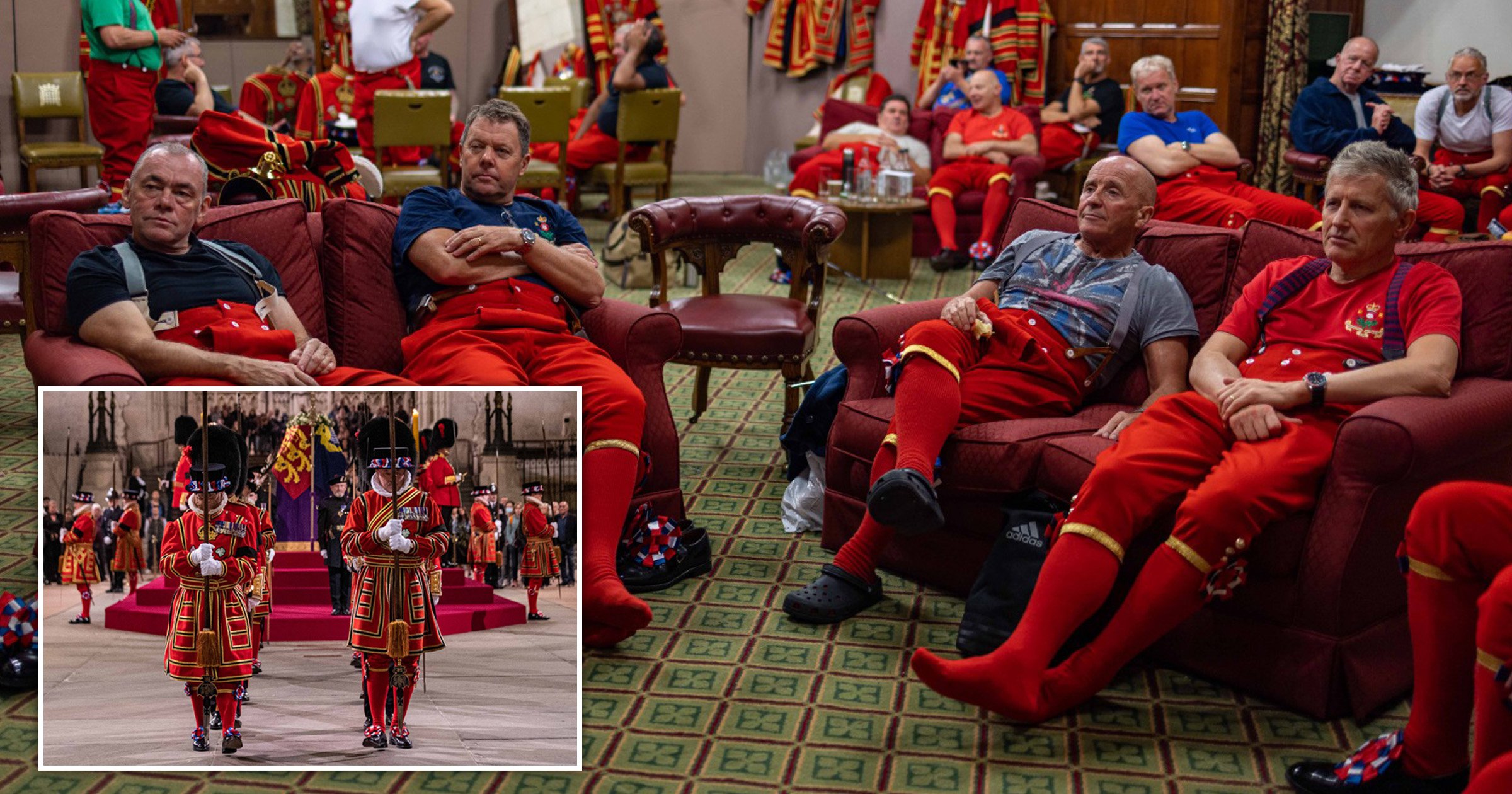 Unseen photos of the Queen’s exhausted beefeaters show them relaxing after standing guard around her Majesty’s coffin.

The sneaky snaps show the yeoman of the guard sitting in their red trousers in chairs from the House of Lords between shifts.

Her Majesty’s coffin has been guarded for 24 hours a day since last Thursday, while she lies in state.

The coffin –  which is adorned by the Royal Standard – is resting on a raised platform called a catafalque within Westminster Hall.

Each corner is guarded by soldiers from units that serve the Royal Household, including three ceremonial units.

The Gentlemen at Arms, the Royal Company of Archers and the Yeomen of the Guard, have stood guard throughout the vigil, switching places every 20 minutes.

There has also been a number of special vigils from the Queen’s children and grandchildren, including King Charles, Prince William, and Prince Harry.

The behind-the-scenes photos show some of the guards relaxing, while others show them putting on their military uniform ahead of taking part in the vigil.

In one photo a guard can be seen having a nap whilst his colleagues get ready to go to work.

Earlier this week one of the guards on duty collapsed while standing on the podium around the Queen’s coffin.