Ukrainian girl, 4, told she can join family in Staffordshire – before visa refused AGAIN

Countryfile: Tom emotional as he speaks to Ukrainian refugee

Alika Zubets, four, was sent back to Ukraine after being unable to secure a UK visa despite having a sponsor in North Staffordshire. Alika was denied entry to the country for the second time as officials claimed she was an “unaccompanied minor” under government rules as she was travelling with her grandmother, Tanya Zubets, rather than her parents. The four-year-old has been attempting to move to the UK for months as her family desperately fight to get her away from the current war in Ukraine.

The government last month announced that it would begin processing applications from unaccompanied children, as long as certain safeguarding issues were met.

Tanya, her grandmother, has now arrived at her sponsor’s home Audley and was set to travel back to Ukraine to collect Alika once her documents were issued.

Sponsor Dr Maggie Babb, a paediatric anaesthetist at Royal Stoke University Hospital, was even told last week that Alika’s visa had been approved.

But government officials made a U-turn and claimed Alika’s visa was approved by mistake.

It has now been 16 weeks since the process first started. 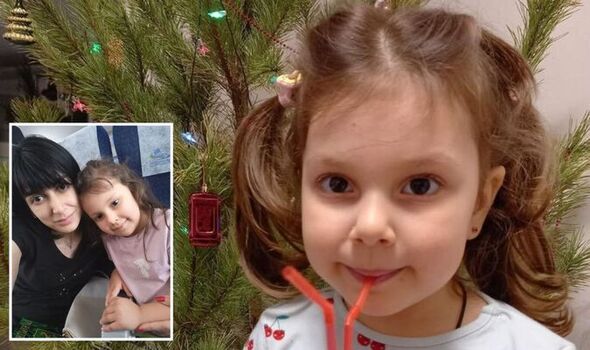 According to the latest government guidelines, potential sponsors of a child who is not travelling with or joining a parent or legal guardian must have known them before the conflict started on February 24 this year.

But it goes on to say: “In exceptional circumstances, councils may determine that the sponsor does not need to be personally known to the parent or legal guardian, for example, where the council judge that a child will be cared for appropriately by an adult relative who the parent or legal guardian has asked to take on the day-to-day caring responsibility for their child and who will live with their child in the UK.”

Dr Maggie is now hoping that Staffordshire County Council will approve their arrangements as Alika’s grandmother Tanya has temporary notarised legal guardianship of Alika and will be living with her at Maggie’s home in Audley.

Maggie, who has five children of her own, told StokeonTrentLive: “We had been trying to find out where we had to pick up Alika’s visa from so we could make her travel arrangements, but then a woman from the Home Office rang me to say it had been issued in error. We were so close and it has been snatched away. I am speechless. Tania and her family are extremely anxious about it all. It’s potentially very tragic and she must be thinking about it every waking moment. If Alika is stuck in Kharkiv and gets killed, how could we ever live with that? I feel like I have a relationship with this little girl that I have never met and if anything happens to her I will be devastated.” 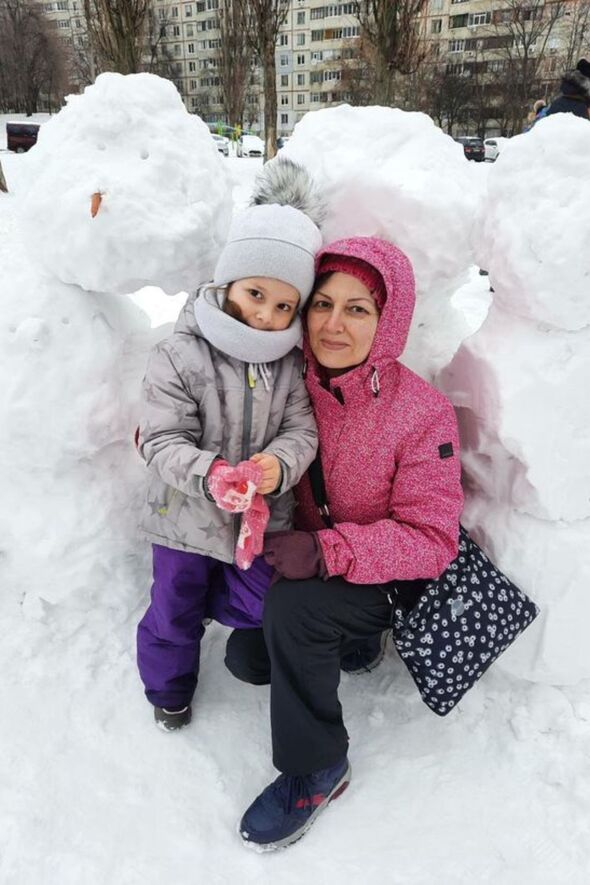 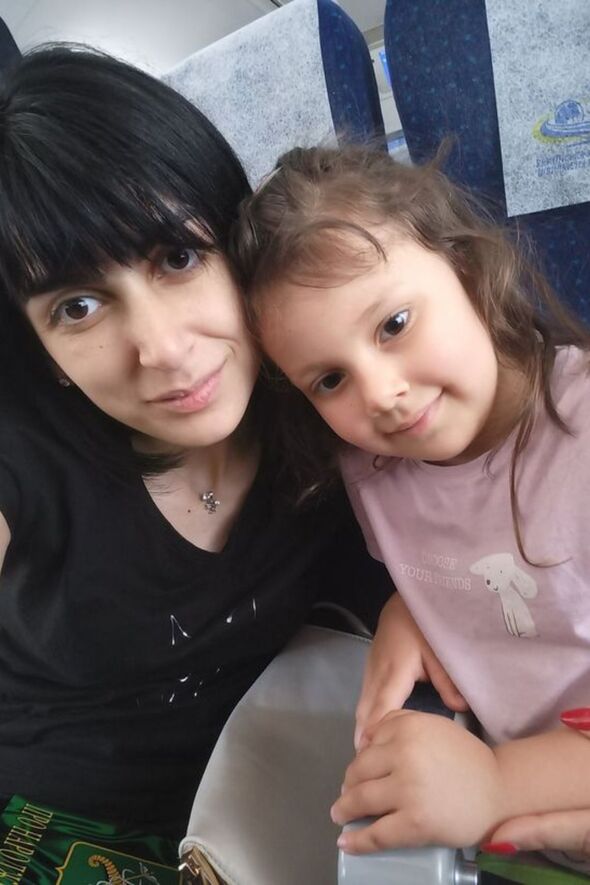 Alika’s battle to get to the UK to join members of her extended family in Newcastle began after she and 58-year-old Tanya fled to Poland with her parents’ written consent in March.

Tanya was granted a 90-day visa on April 12 but Alika’s application was hit by numerous delays.

After her desperate family felt they had run out of options, Tanya – whose right to remain in Poland was set to expire on June 25 – took Alika to Kyiv where they met her mum Arena, who is the sole carer for her own disabled mother, and spent an hour together, before Arena and Alika returned to Kharkiv by train.

Alika’s parents had to remain in Kharkiv – just 25 miles from the Russian border – as father Dima is unable to leave the country and mother Arena is the sole carer for her own disabled mother. 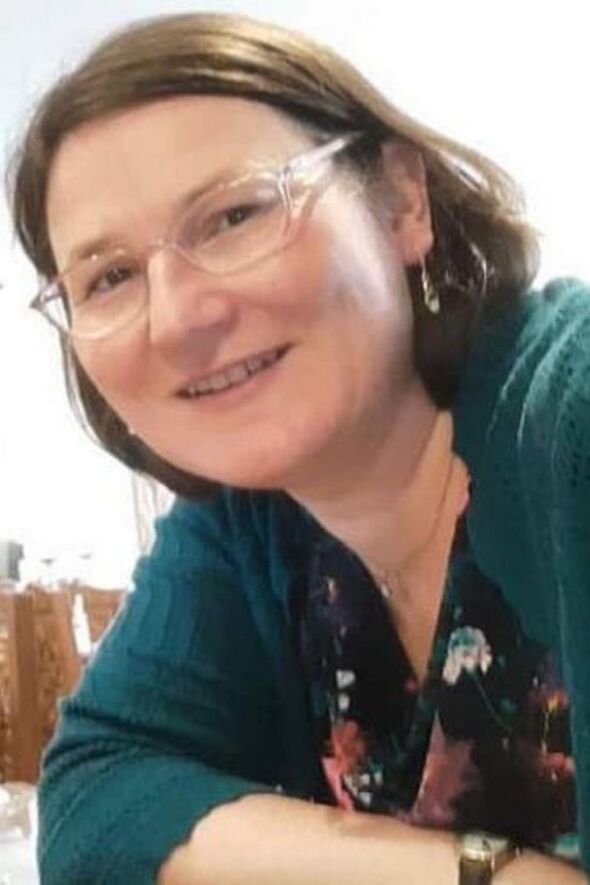 But Tanya’s cousin Oksana lives in Newcastle with her husband Karl Stubbs and Oksana’s parents – who Tanya lived with as a teenager – are also now living in the town under the Ukrainian family scheme.

Karl, who is the chair of the Newcastle branch of the Association of Ukrainians in Great Britain, told StokeonTrentLive that the family were still hopeful. He said: “We are all disappointed by the latest twist. We cannot understand the reasoning behind the decision and we are astounded by the lack of compassion.

“We are dismayed by the inefficiency of the Home Office and the lack of communication, mixed messages and misinformation. We remain hopeful however that someone in authority will eventually see sense and cut through the red tape.”

A spokesperson for the Department for Levelling Up, Housing & Communities, which oversees the Homes for Ukraine scheme, said that the department is “aware of the issue and is working with MP Aaron Bell to get it resolved”. He added: “We have a responsibility to keep children safe and have put in place strong safeguarding measures to protect them once they arrive in the UK.

“The sponsor should, wherever possible, be personally known to the parents. However, local authorities will review cases and can choose to make exceptions where it is in the best interest of the child.”

Victoria Wilson, cabinet member for communities at Staffordshire County Council, said: “We’re continuing to work hard to ensure everything is in place to welcome refugees from Ukraine across Staffordshire and to support them when they are here. No minors have been declined support from us, and we are currently getting ready to deal with these new responsibilities regarding minors coming from Ukraine. We will be looking at each individual case as they come to us.”