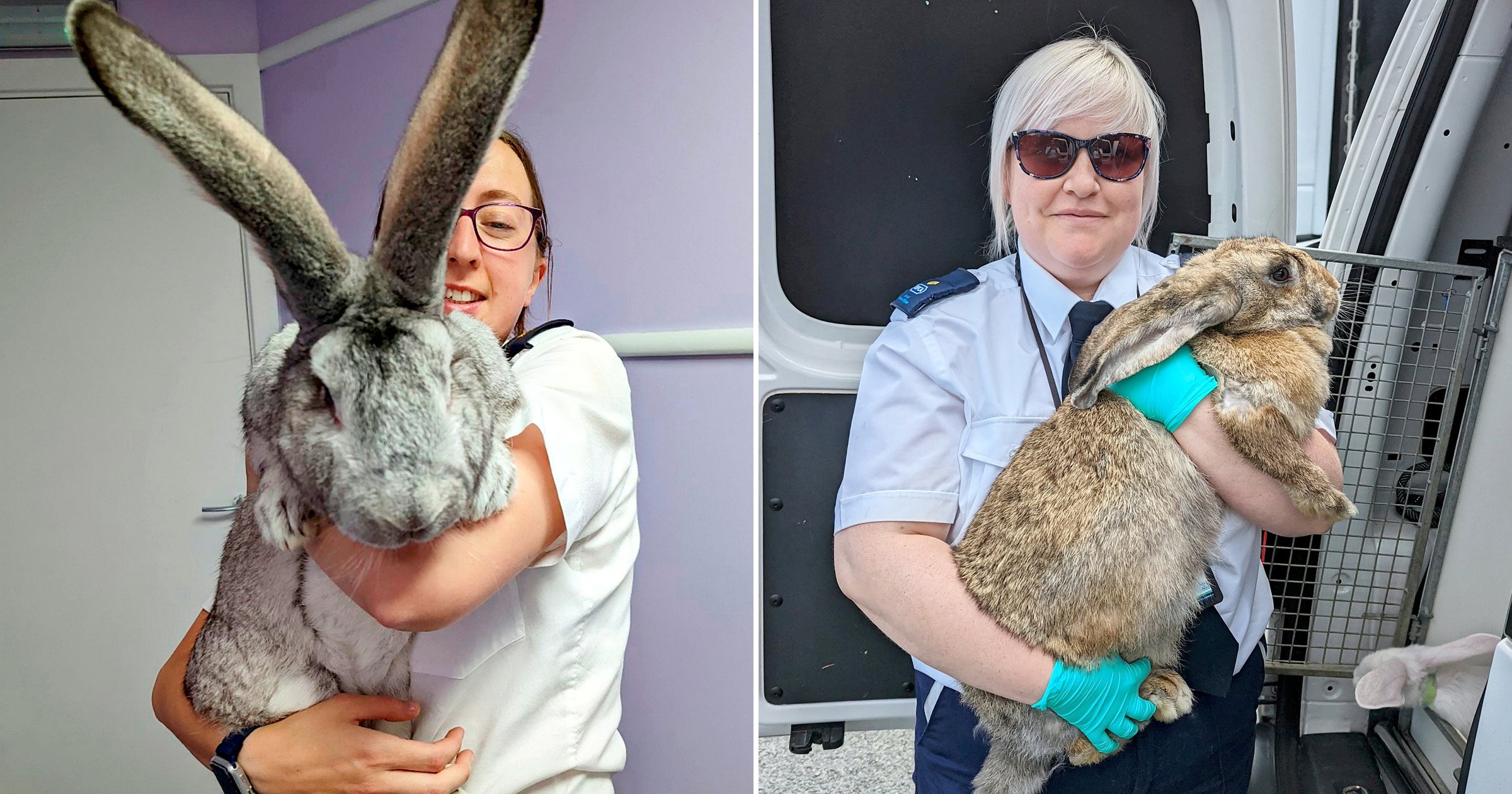 Forty-seven giant rabbits have been saved from the chop after they were found crammed into tiny cages at an illegal breeding farm.

A member of the public raised the alarm after seeing them covered in dirt and struggling to hop around tiny filthy hutches on an allotment in Northumberland.

RSPCA inspectors say the animals were being fattened up so they could be slaughtered and their meat sold on the black market.

One of the Flemish Giant Rabbits weighed 8kg – the same as a medium sized dog – and had ears measuring 7 inches long.

RSCPA inspector Trevor Walker rescued the animals from their cages in Ashington on July 11.

He said: ‘These poor rabbits were living in cramped and dirty conditions which would have been very unpleasant for them especially in the heat.

‘We found hutches covered in filth and bursting with giant animals where they had been left to breed with each other.

‘Luckily a vet found they are all in good condition, one is on medication for weepy eyes and a wound on the back of his neck, but we hope they will find loving homes.

‘They will make good companion animals as they have a nice temperament.

‘Sadly, rabbits are becoming an increasing problem across the RSPCA as we are seeing more and more coming into our care, many as a result of the cost of living crisis.

‘We would really urge people to do their research before taking on a pet and also to make sure you get your pet neutered at an early opportunity to prevent unwanted litters of animals – all of these rabbits will be neutered, microchipped and vaccinated before finding new homes.’

Flemish Giant Rabbits are often bred for their fur and meat.

Half the rabbits were adult, the other half were babies that were crossed with a giant breed, so they could grow even bigger.

The rescued rabbits have now been safely distributed to RSPCA centres around the UK while staff try and rehome them.

The RSPCA says they have seen a 49% increase in the number of rabbits being abandoned in the UK.