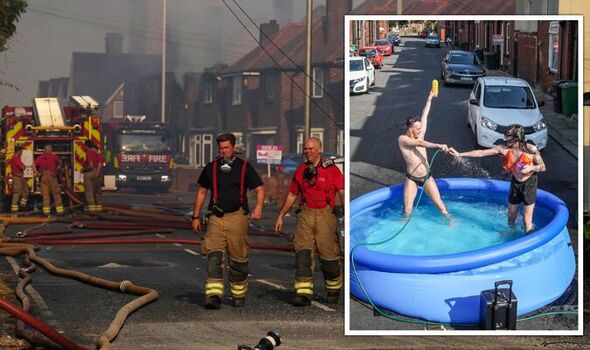 On the hottest day ever recorded in Britain, Lottie Bastible, 19, fried an egg on a children’s slide in Petersfield, Hants, while Charlotte Knight, 18, cooled off in the town’s outdoor pool.

In Blackpool, Cara McCann, 5, made sandcastles in the sunshine, while in Cambridge and Brighton, umbrellas were used to ward off the heat. But in the Peak District’s Dovedale, Dorset’s Durdle Door and Lancashire’s Blackpool, swimming cossies were the order of the day.

By 4pm, Coningsby, Lincs, had recorded the highest ever temperature of 104.54F – hotter than the Maldives. 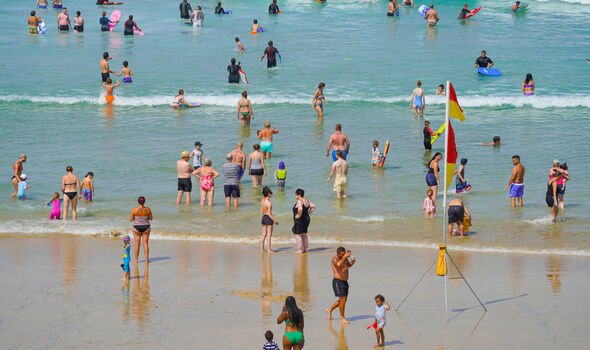 In total, more than 30 British hot spots hit 104F or higher. The unprecedented heat, dubbed the “Spanish Surge” as it originated from the Iberian Peninsula, led to transport chaos, wildfires and tragedies as people got into trouble in open water.

And at least 171 schools closed because of the heat. 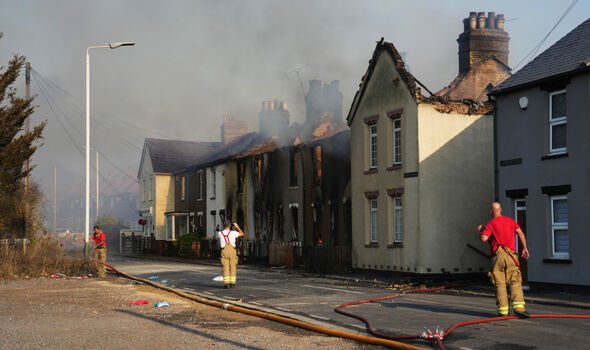 But Sir John Hayes, chairman of the Common Sense group of backbench Tory MPs, said: “It is not surprising that in snowflake Britain, the snowflakes are melting.

“Thankfully, most of us are not snowflakes.”

Meanwhile, supermarkets were doing a roaring trade, with Asda seeing paddling pool sales soar by 1,000 per cent compared with the previous week.

Charcoal sales for BBQs were also up by 400 per cent.

And Waitrose is having its biggest ever week for ice creams, with sales up 36 per cent, while at John Lewis, fans and air conditionier purchases are up 709 per cent.