A number of firms have now gone bust as a result of the crisis, affecting millions of customers across the UK but Ofgem boss Jonathan Brearley warned that more are still at risk due to the “unprecedented” rise in gas prices. The regulator is responsible for switching customers to a new provider, but it may well be more expensive than the deal they had with the company which went bust.

Mr Brearley declined to comment just how many people could lose their provider saying: “We’ve already seen hundreds of thousands of customers affected, that may well go well above that. It’s very hard for me to put a figure on it.”

He also insisted that Ofgem has plans in place to cope with the crisis, telling MPs that the regulator had “war-gamed” various scenarios.

Boris Johnson has dismissed the crisis as a “short-term problem” and denied that the country is experiencing a gas shortage.

Business minister Paul Scully said the Government could not guarantee that consumers could keep the terms of their previous energy tariff if their supplier goes bust.

It comes only two days after Business Secretary Kwasi Kwarteng had told the broadcaster he thought those being transferred to new providers would “be expected to pay the same amount”.

Mr Scully told Times Radio: “No, that’s not going to be possible in terms of a guarantee.

“What we’ll have though is security. They don’t need to do anything because their transfer will be made directly through the Ofgem scheme, making sure that they have a company looking after them, supplying their energy.

“What I’d recommend they do though is take a meter reading, take a photo of their meter if possible, and then everything will be done automatically for them.

“But what we want to do is make sure first of all they have continuity of supply and then, as a Government, that we are helping to keep those prices down through the price cap, through the warm homes discount as well for the lowest paid, and people on pension credit.”

Government admits it will be a ‘tough’ winter

The Government said it recognises people will face “tough” conditions during the colder months.

Business minister Paul Scully told ITV’s Good Morning Britain: “We know this is going to be a tough winter.

“There are companies that leave the market each and every year, so Ofgem have a tried and tested formula of moving people into a supplier of last resort, because what we want to do is step in and first of all protect that continuity of supply.”

What is causing the rise?

Wholesale electricity and gas prices are hitting record highs, but what is causing the spike?

There are a number of factors driving the ride including unplanned production outages, Brexit, and ever weather conditions.

A recent fire at a cross-Channel interconnector in Kent also added to the pressure.

Managing director of Iceland, Richard Walker, has said the UK needs to become less reliant on gas by using a “broader energy mix”.

Speaking on Sky News said he is “confident” supply won’t be interrupted in the short term but now we have to think long term.

Mr Walker said: “This loan is only three weeks: what happens after that, or what happens the next time the gas prices spike?

“So we need a broader, more diverse and therefore more sustainable energy mix so we’re not so reliant on gas.

“We also need to look as a food industry, but also further up the supply chains, at different, better ways of capturing CO2 and potentially using alternative gases as well.”

Providers should be ‘laser focused’ on protecting vulnerable customers

Energy providers are being urged to protect older and more vulnerable customers.

He said the government and regulators should be “laser-focused” on helping their customers get the “best support and guidance.”

Ofgem have ‘safety net’ for customers

Director of Retail at Ofgem, Neil Lawrence said the regulator’s number one priority is “protecting customers”.

In a statement, Mr Lawrence said the news is “worrying” and “upsetting” for customers but they are on hand to reassure them they have a “safety net.”

He added: “Ofgem will choose a new supplier for you and while we are doing this our advice is to wait until we appoint a new supplier and do not switch in the meantime.”

How many customers are affected?

Avro Energy is the biggest supplier to exit the market so far, affecting 580,000 customers.

Green which blamed “unprecedented market conditions and regulatory failings for its collapse, will affect 250,000 people and 180 employees.

Together, the recently fallen companies will affect more than five percent of the market.

The government is preparing for the “worst-case scenario”, according to Business minister Paul Scully.

He told Sky News there is a “pressure” on the energy price cap due to high global wholesale costs.

Asked what the worst-case scenario was, Mr Scully said: “This is all part of the conversations that Ofgem will set that cap at, because supply prices are based on a number of factors.

Pressed on what the worst-case scenario looked like, he added: “That is going on for longer than a short spike. I can’t give you a figure now.”

Who has gone bust?

Before Avro Energy and Green fell yesterday, a number of smaller firms collapsed.

Bulb, the UK’s sixth-largest energy company is also seeking financing and Igloo is reportedly at risk. 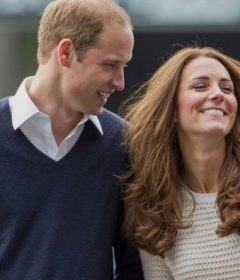