The Queen turned 95 this year, a remarkable milestone, but one tinged with sadness after the loss of her beloved husband, Prince Philip. Now, her official birthday celebrations will be scaled back for the second year in a row as the coronavirus pandemic continues and mass gatherings are prohibited.

When is Trooping the Colour?

The ceremony is usually held on the second Saturday of June.

The date of the event doesn’t align with the Queen’s actual birthday due to a centuries-old tradition that sees the sovereign’s birthday celebrated publicly in the summer. 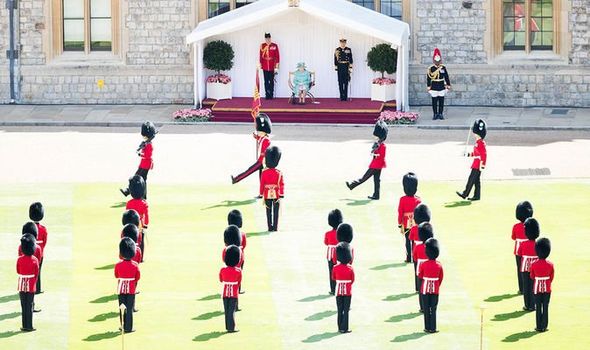 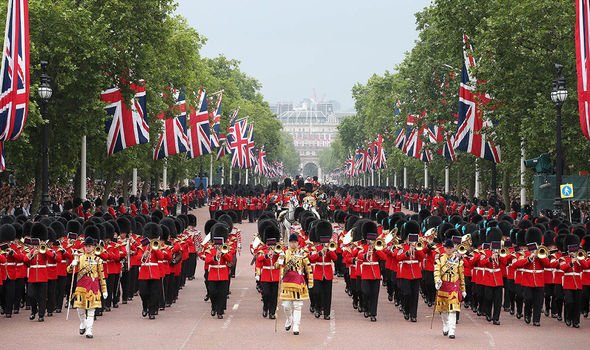 What is the schedule for the day?

The usual pomp and ceremony of the day will be all but gone for the second year in a row.

Instead, a small ceremony will be held in the Quadrangle of Windsor Castle.

The small ceremony will begin at 11am on Saturday and is expected to last a couple of hours. 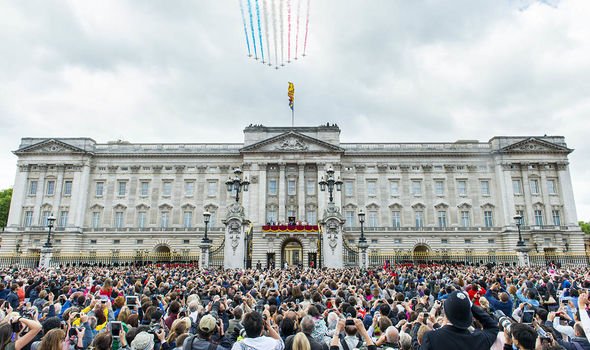 How can you watch live?

The day’s events will be broadcast live on BBC One from 10.15am.

In a statement confirming the day’s events, Buckingham Palace said: “The Queen will view a military parade in the Quadrangle of Windsor Castle to mark Her Majesty’s Official Birthday, on Saturday 12 June.

“The parade will be held by the Household Division, and The Queen’s Colour of F Company Scots Guards will be trooped.

“His Royal Highness The Duke of Kent, Colonel, Scots Guards, will accompany The Queen.

“The parade will be led by the Foot Guards, who will be joined in the Quadrangle by The King’s Troop Royal Horse Artillery and the Household Cavalry Mounted Regiment. 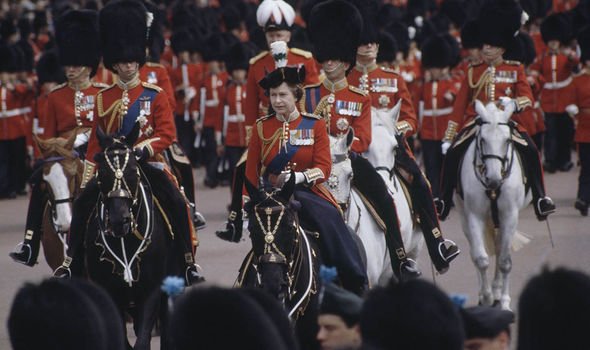 “Music will be played by a Massed Band of the Household Division, which will include the 1st Battalion Scots Guards Pipes and Drums.

“Upon The Queen and The Duke of Kent’s arrival in the Quadrangle, Her Majesty and His Royal Highness will be greeted by a Royal Salute, and the National Anthem.

“The parade will commence with the Musical Troop as the Band plays.

“The Colour will then be trooped through the ranks, and the parade will conclude with a second Royal Salute.

“The King’s Troop Royal Horse Artillery will then fire a 41 Gun Royal Salute, to mark Her Majesty’s official Birthday, from the East Lawn at Windsor Castle.”