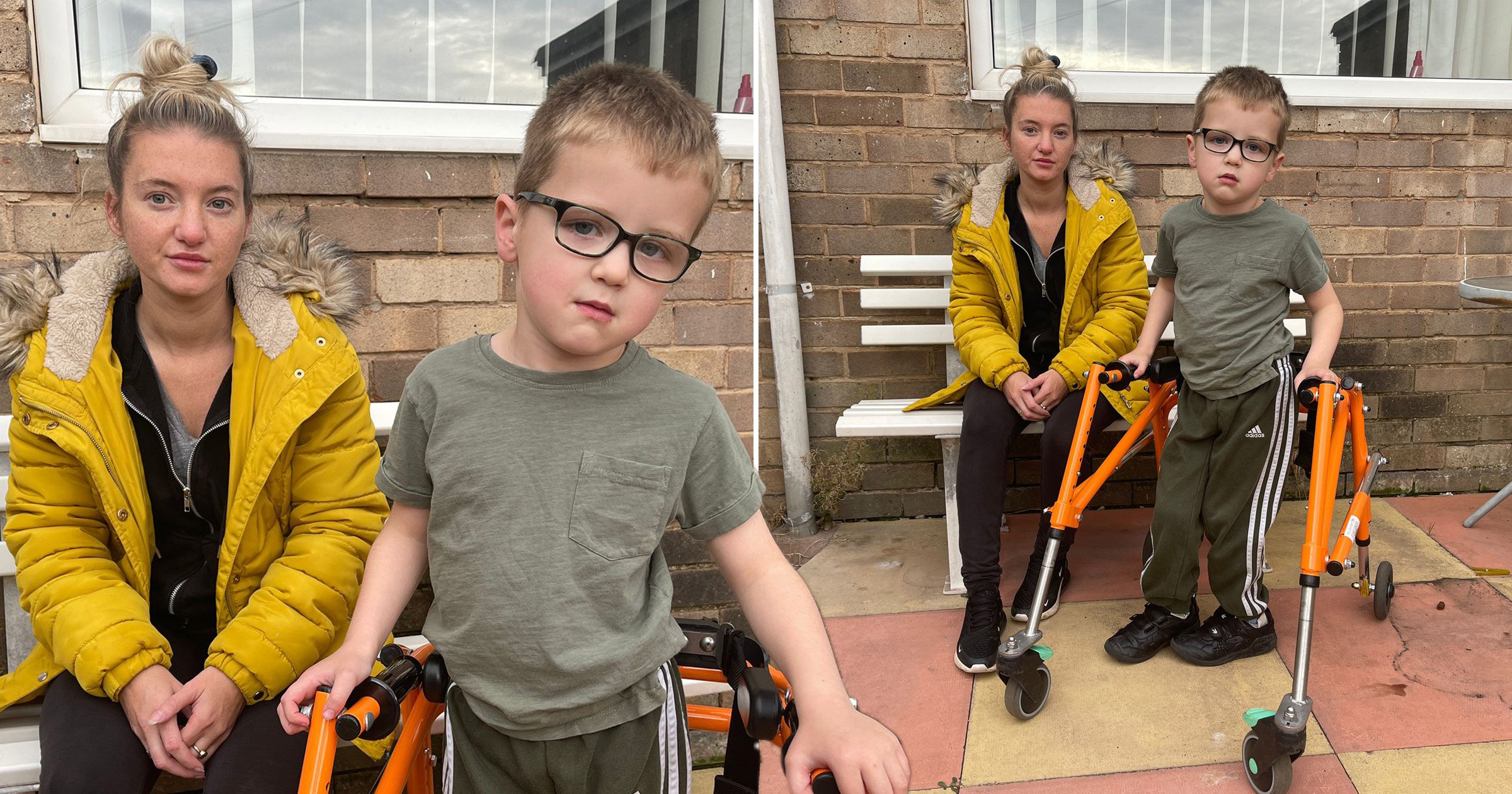 A five-year-old boy was left struggling to get into his own home after thieves stole his wheelchair ramp.

Harley, who has cerebral palsy and has difficulty walking, needed the metal ramp to get over the doorstep.

His mum Natalie Roberts, 28, said she woke up on Saturday morning to find it had been taken overnight from their home in Roseworth, Stockton-on-Tees.

Police are now investigating after the thieves took away Harley’s ‘independence’.

His mum said: ‘It’s appalling what they have done and I still hope the police can do something about it.

‘These people should not be allowed to walk the streets.’

Thankfully, someone returned the ramp to the family today after buying it for £40 from social media then realising it had been stolen when she saw Natalie’s post about what happened.

Mum-of-three Natalie, who is a fulltime parent and carer for Harley, said her son is still recovering from complex surgery carried out last May to help improve his mobility.

Without the ramp, she has had to lift him and his walking frame over the doorstep every time they go in and out of the house.

‘It’s not that they have just taken a ramp away, they have taken his independence away,’ said Natalie.

She reported the theft to Cleveland Police and put a social media post out appealing for information.

Regarding the woman who brought the ramp back, she said: ‘It was really nice of them to buy it and return it and it is now back at the house.

‘But they (the thieves) have still got what they wanted.’

Cleveland Police have confirmed they are investigating the theft.

They said: ‘Police received a report of a stolen wheelchair ramp from outside a property on Rosedale Gardens, Stockton, which happened overnight on Friday October 8 into Saturday October 9.

‘Officers have logged a crime report and enquiries are ongoing.’