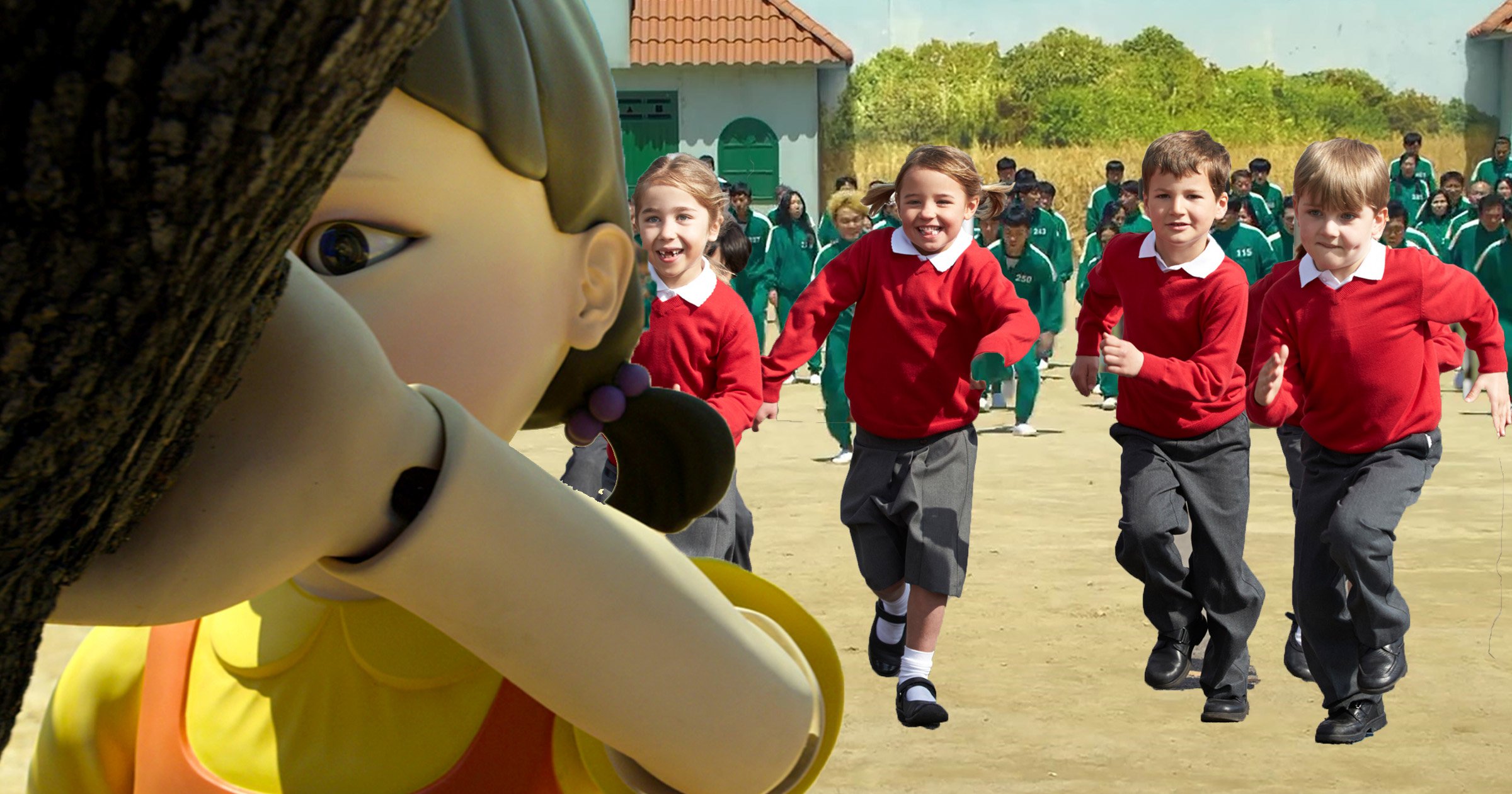 Squid Game may be based around classic children’s games – but that doesn’t mean it’s actually suitable for kids.

As anyone who got through the first episode can tell you, it’s not exactly In The Night Garden or even anything you might catch on CBBC.

Despite that, it’s huge popularity has filtered down to the playground, and now one school has even warned parents not to let pupils watch it if they are younger than the recommended 15 age rating.

Now Conyers School and Sixth Form in Yarm on Teesside is warning parents that the show, and its violent and gruesome scenes, is not suitable viewing for youngsters.

‘The advice external bodies would give would not be any different to advice we would give about any other TV or film not suitable for children.

‘If they are not of the age to meet the certification, then they shouldn’t really be watching that series/film.

‘Control what content your children can watch. Setting up a Netflix Kids experience profile means that children only have access to TV shows and movies which have been carefully selected for kids. The look and feel of the app is simpler and children can’t access any account settings.’

The school attached the Netflix NOS parental guide to offer advice on how to check parental settings on their Netflix devices.

Other Teesside schools – including primaries – are also understood to have messaged parents regarding age concerns over the content in the series.

We previously reported how other schools had seen children imitating the programme, with a a pupil in Belgium reportedly pushed to the ground, punched and whipped when she lost one of the games, suffering bruises on her arm.

The titular game comes from a gruesome schoolyard game where children are split into teams with attackers trying to reach an area of a squid-like diagram while the other team try to keep their opponents outside the lines.

In another game, participants run towards a finish line when ‘green light’ is called out, then freeze if ‘red light’ is shouted. Any players caught moving are eliminated, which means they are shot dead in the fictional screen version.