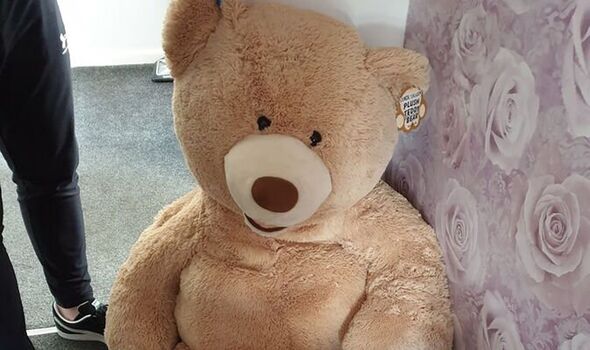 Officers looking for Joshua Dobson, 18, over the theft of a Mitsubishi ASX and petrol were searching an address in Rochdale, Greater Manchester, when they discovered him inside a teddy bear. Baffled cops heard the giant toy “breathing” before they were astonished to find Dobson “stuffed inside”.

The bear had been cut open and the thief had somehow managed to squeeze himself inside the lining in a bid to evade detection.

Dobson was arrested and, last week, sentenced to nine months in prison at Manchester Magistrates’ Court for the theft of the Mitsubishi, valued at £8,500, and its keys, driving whilst disqualified, driving without insurance and making off from a petrol station without payment.

The offences happened on Saturday May 21, Manchester Evening News reports.

According to court documents, Dobson was also sentenced for taking a Vauxhall Astra van without consent, driving whilst disqualified, driving without insurance, theft of a toolbox and two tablets and criminal damage. 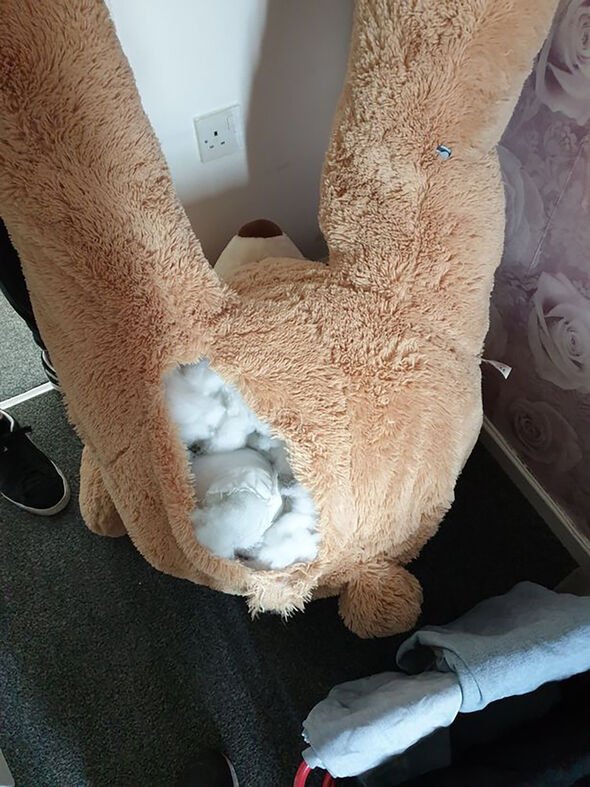 After Dobson was jailed, Greater Manchester Police shared details of the arrest on one of its Facebook pages.

The post read: “A wanted car thief who tried using a teddy bear to hide from our neighbourhood cops out looking for him last month has been put behind bars for nine months.

“Joshua Dobson, 18, from the Spotland area of the town, was sought by us after stealing a car in May and not paying for fuel that same day.

“When we went to arrest him, our officers noticed a large bear breathing in the address before finding Dobson hidden inside!

“He’s now stuffed behind bars after being sentenced last week for theft of a motor vehicle, driving while disqualified, and making off from a petrol station without payment.”

The police added on Twitter: “Our neighbourhood task force and divisional tasking team in Rochdale could bearely believe what they stumbled across last month in search for a wanted man… We certainly had a more than bearable time bringing to justice one of the town’s thieves last week.”