A train crash near Stonehaven, Aberdeen was reported to local police at approximately 9.45am on Wednesday. Footage of the derailment has emerged on social media, showing a billowing black cloud of smoke engulfing the Aberdeenshire hills. At least seven ambulances rushed to the scene to treat potential injuries, and police vans were pictured metres away from the accident site.

A spokesman for Police Scotland said: “A report was received of a train having derailed near Stonehaven at around 9.45am on Wednesday August 12.

“Emergency services are in attendance and the incident is ongoing.”

The British Transport Police wrote on Twitter: “We’re currently responding to an incident on the line in Stonehaven, Aberdeenshire, where a train has derailed.

“Officers were called to the scene at 9.43am and remain there alongside paramedics and the fire brigade.

“All further updates will be shared here.”

JUST IN: Aberdeen train crash: Passengers injured and engine on fire after running off the tracks 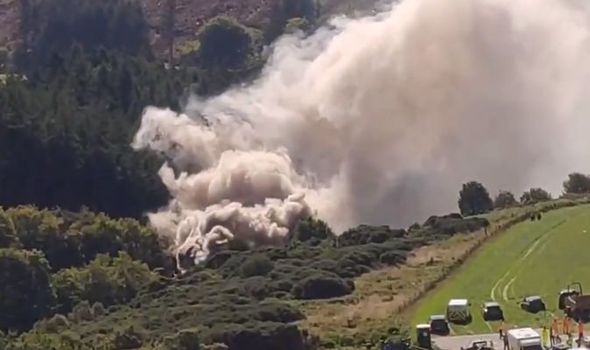 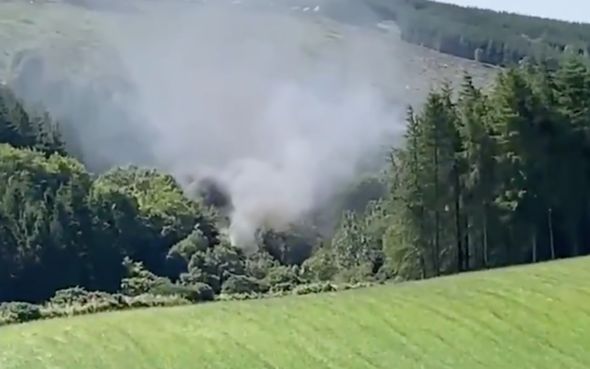 BBC Scotland reporter Ben Philip said an air ambulance had also intervened on the scene: “A major emergency service response to a train derailment near Stonehaven. An air ambulance is in attendance.

“A lot of smoke is coming out of the tree line where the railway track runs. Ambulances arriving by the minute.”

First Minister Nicola Sturgeon wrote on Twitter: “This is an extremely serious incident.

“I’ve had an initial report from Network Rail and the emergency services and am being kept updated. All my thoughts are with those involved.”

Addressing MSPs following the crash, Ms Sturgeon there are “early reports of serious injuries” as she confirmed the train involved in the crash was a passenger train. 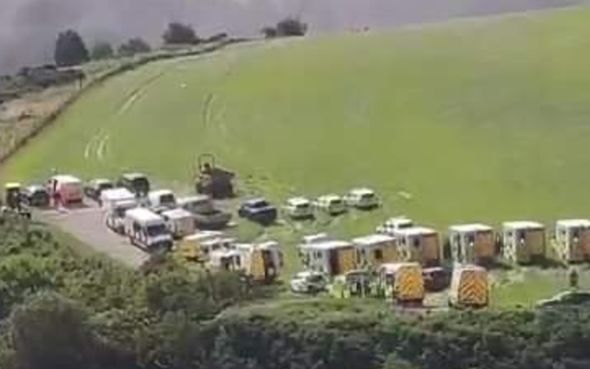 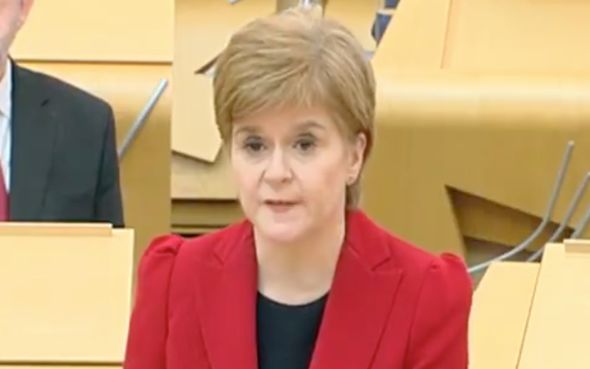 The First Minister said: “The emergency services are currently on site and a major incident has been declared.

“I have just come off a call with Network Rail and emergency services and although details are still emerging, I’m afraid there are early reports of serious injuries.

“The Scottish Government’s resilience room is operational and I will be convening a meeting as soon as possible this afternoon.

“Updates will be provides as they become available however my immediate thoughts are with all those involved in this incident.”

West Aberdeenshire and Kincardine MP Andrew Bowie said he has been in contact with Transport Secretary Grant Shapps, who has been liaising with Network Rail Scotland and ScotRail about the crash. 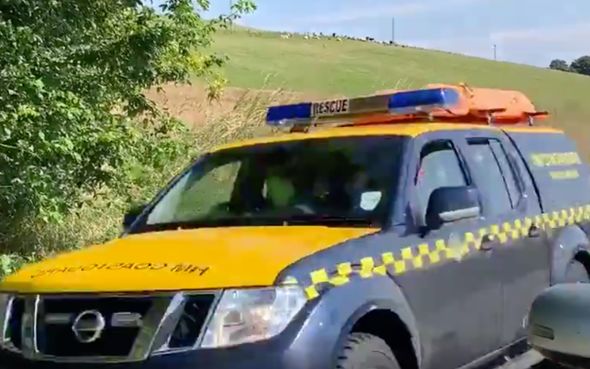 Mr Bowie said: “Thoughts with every single person involved. Will update more when I can.”

Transport Secretary Shapps said: “Just met urgently with @networkrail for a briefing on Stonehaven derailment. British Transport Police & Network Rail are on location, along with rail workers who were nearby.

“The UK Government will provide every support. My thoughts are with those involved and their families.”

It is unclear whether the crash caused any casualties but nearby Aberdeen Royal Infirmay has reported a major incident.

Network Rail Scotland wrote on Twitter: “We are working alongside the emergency services to respond to an incident involving a train near Stonehaven.

“It is too early to confirm the exact nature and severity of the incident and more details will be made available once known.”