Prince Harry joined forces with Germany’s Minister of Defence Annegret Kramp-Karrenbauer to announce the new dates for the Invictus Games. The international sporting event is due to take place in Dusseldorf between September 9 and September 16, 2023. The video, shared on the games’ official Twitter page, marked the first time the Duke of Sussex appeared in public since the birth of his daughter, Lilibet Diana.

Prince Harry’s youngest was born on June 4 and the happy news was shared with a special statement of the website for the Duke and Duchess of Sussex’s non-profit, Archewell, two days after the arrival.

The Duke of Sussex appears at the beginning of the video in what appears to be self-shot footage, saying: “It’s time to spread the news.

“Something big is coming, Germany.”

The video then cuts to Ms Kramp-Karrenbauer seemingly reacting to a message on her phone before the focus is moved on a participant of the games starting running through Dusseldorf with iconic buildings from the German city in the background.

JUST IN: Prince William and Prince Harry hit by devastating news before reunion to honour Diana 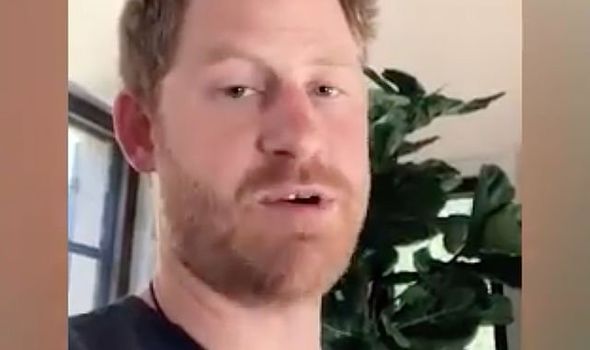 The runner is then seen reaching the Merkur Spiel-Arena where a yellow graphic of the dates of the next Invictus Games appears on the field.

The organisation had been teasing the big announcement on social media for the past week.

Prince Harry launched the Invictus Games in 2014 and has remained very active in the planning of the sporting event through his departure from the Royal Family and his move to the United States.