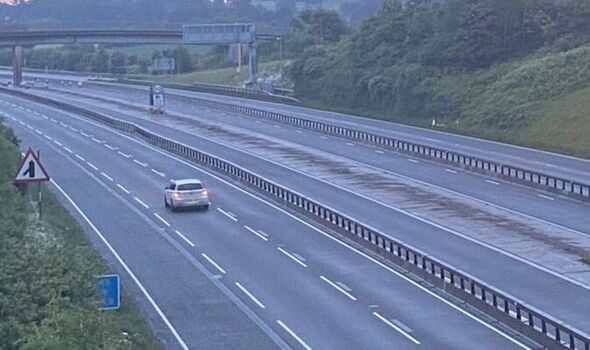 The photo, taken by Dave Harford, shows a car in the middle lane on the M5 at 5am, with no other cars seemingly in sight.

The picture was shared on Twitter by Harford who complained about the BMW driver, saying the car should keep to the left.

The image created an online row between those sympathising with the driver and others who criticised them.

Mr Harford explained that the white BMW vehicle had been driving in the middle lane for over a mile.

He said he sees other cars “lane hogging” on a daily basis, calling it “illegal” as it forces other cars to enter the outside lane to overtake.

One critic commented: “The lanes to the right are overtaking lanes. If you’re not overtaking, you shouldn’t be in it. The clue is in the name…”

“Middle lane hoggers are just poor drivers with no confidence to change lanes confidently, shouldn’t be on the motorway.”

One person explained their frustration, adding: “As someone who drives a vehicle that can’t go into lane three, I find middle lane hoggers really annoying.

“Especially when they then sit at 55-60 and won’t pull over so you have to hang back since I can’t undertake or undertake since both are illegal.”

There were some who defended the driver though, with one user posting: “This is not an example of hogging as there are no other vehicles wanting/needing to occupy that lane.”

Writing on Twitter, he said: “Traffic was behind this vehicle and said traffic had to move to lane 3 to go past him – causing more risk.

“Yes. The car was a BMW, but they aren’t the only ones who do it.

“People need to take responsibility for their actions and stop blaming others and finding excuses. 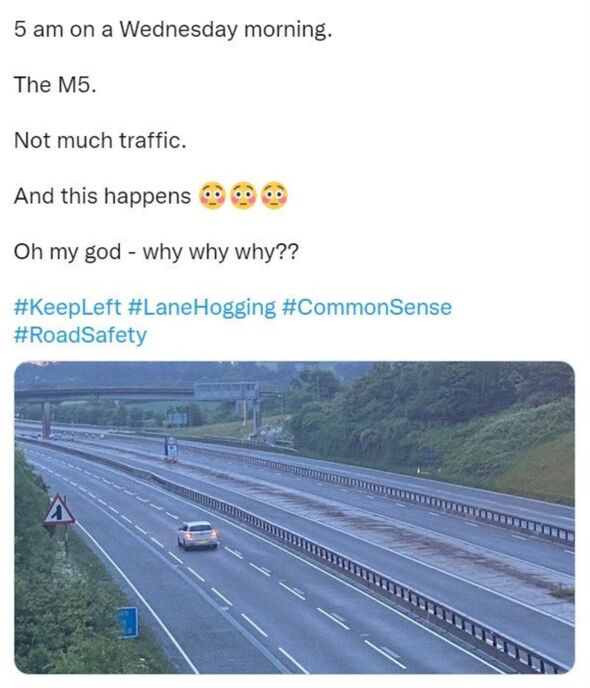 “It’s lane hogging. It’s illegal and causes congestion when lots of traffic is around.”

RAC describes lane hogging as an example of “careless driving” that could see the driver being fined up to £100.

According to the breakdown and roadside assistance company, it is an offence.

Their website reads: “Yes, it is an offence, although it comes under ‘careless driving’, along with tailgating, accidentally running a red light and even being distracted by eating or drinking.

“New laws introduced in 2013 give police officers the power to hand out on-the-spot fines of £100 and three penalty points, meaning failing to keep left on the motorway could hit you in the pocket.”