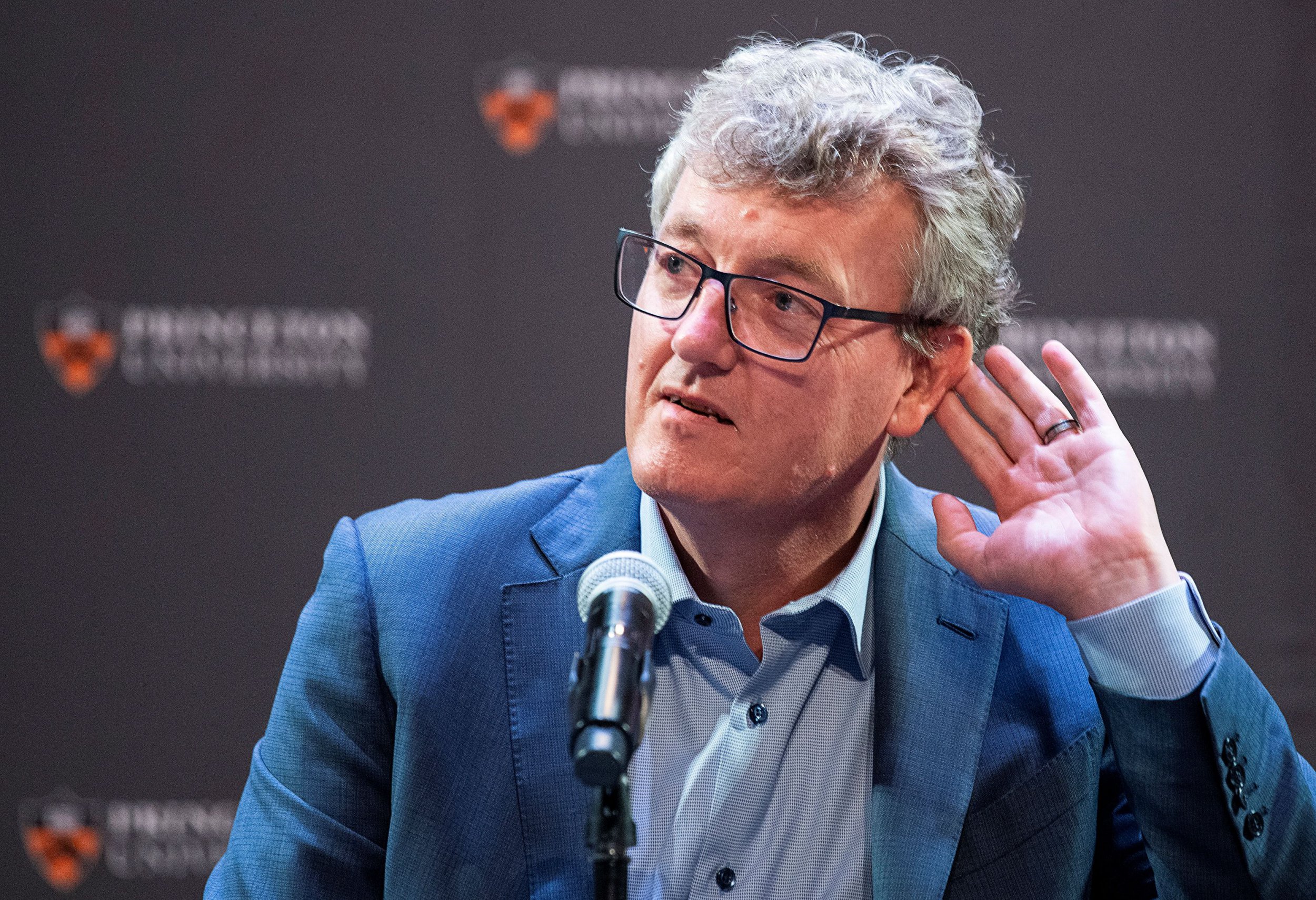 We’ve all done it – not picked up the phone in time and let a number go to voicemail – but when David W.C. MacMillan missed a call he didn’t realise it was one of the most important of his life.

The Swedish Academy tried to call the 53-year-old on his mobile to let him know he’d won the Nobel Prize for Chemistry – but the scientist was asleep when they rang.

‘So I was lying in bed and my wife woke up and she heard my phone buzzing and she yelled at me for my phone waking her up,’ he told BBC Radio 4’s Today programme.

‘I was getting annoyed too, so I looked at the phone, there was some weird stuff going on and I didn’t understand what it was.

‘I ended up going downstairs to the kitchen counter and looked at The New York Times’ front page and saw a bad rendition of me and then realised I that had won a Nobel Prize, which was kind of bizarre.’

When asked if he missed the call, he said he had ‘100% gone back to bed’ instead of picking up.

‘I 100% missed the call, classic Scottish person, I don’t believe this is happening so I just went back to bed,’ he added.

Scottish born Professor Macmillan, of Princeton University, said he tried to call the Nobel Prize team back but he couldn’t get through.

He said: ‘I tried to call them and they tried to call me but by that point I had something like over 1,200 text messages, so I couldn’t actually use my phone because it was just this inundation in ballistic-ness which was happening, which was brilliant – but also completely inconvenient.’

He said after being inundated with messages he knew he had won the Prize but there was ‘no way’ he could connect with the Swedish Academy.

They were awarded the prestigious prize for their work developing a new way to build molecules called ‘asymmetric organocatalysis’.

Their method, which both worked on independently, has been used to discover new drugs and make molecules that can capture light in solar cells.

The Nobel Prize team said the scientists’ work has had a ‘great impact’ on pharmaceutical research, had made chemistry greener and was ‘already benefitting humankind greatly’.

The prize comes with a gold medal and 10 million Swedish Kroner – about £800,000 – which will be split between Professor MacMillan and Professor List.

The Nobel Prize – awarded in the fields of Physics, Chemistry, Physiology or Medicine, Literature, and Peace – is five separate prizes that according to Sir Alfred Nobel’s will of 1895 are given to ‘those who, during the preceding year, have conferred the greatest benefit to humankind’.