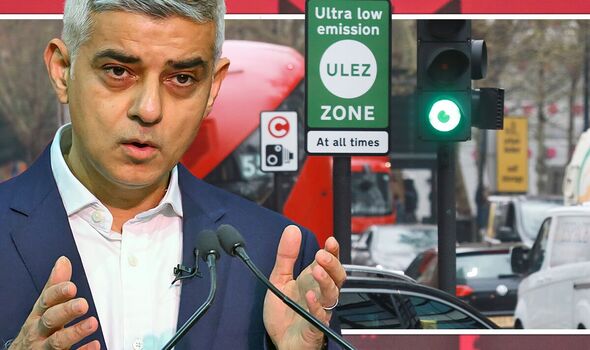 Conservative Party London Assembly Member Nick Rogers has made a formal complaint against Mr Khan to the Greater London Authority Monitoring Officer after internal correspondence appeared to contradict statements the London Mayor had made on the issue.

Mr Khan and his deputy Seb Dance, a former Member of the European Parliament, told the London Assembly that they had not been briefed in advance on the ULEZ consultation results when asked repeatedly by Tory assembly members at public meetings.

However, internal correspondence released today proves that the Mayor was secretly briefed on the ULEZ consultation results on 29 September before their formal publication.

The documents released today comprise more than 200 pages of internal correspondence and documents from the Mayor’s senior advisers and TfL directors during the final weeks of the ULEZ consultation process.

The Tories claim that they show the Mayor’s office intervened in the consultation process, which skewed the results and reduced the percentage opposed to Sadiq Khan’s ULEZ expansion.

The decision to expand ULEZ to outer London means that drivers will have to pay £12.50 a day to drive in London if their vehicle is older than 2015 for diesel and 2005 for petrol.

The documents also show thousands of responses, 90 percent of which opposed the expansion, were excluded from the final ULEZ consultation results after an intervention by the Mayor’s senior advisers.

The intervention lowered the overall level of opposition in the final count by 3 percentage points from 62 percent to 59 percent.

Mr Rogers alleged that Mr Khan had “falsely and dishonestly” manipulated the results and accused the Mayor of “serious misconduct” by “violating the integrity of the consultation and improperly excluding thousands of legitimate responses.”

He added: “The Mayor must now explain himself to Londoners, who participated in this consultation in good faith.

“This behaviour cannot stand and must be addressed by the appropriate authorities.”

London minister Paul Scully added: “These findings are very concerning. If the Mayor is going to push through such a punitive and unpopular policy, he has to have a grip on the detail.

“The London Assembly is responsible for the oversight of the Mayor of London. It can and should investigate this further.”

But a spokesman for Mr Khan said: “The real scandal is that toxic air leads to the death of thousands of Londoners every year, which is why the Mayor took the difficult decision to expand the ULEZ London-wide.

“The Mayor made the decision after considering TfL’s full final report on the consultation responses.

“The consultation was not a referendum, however, TfL made a number of modifications to the scheme following feedback received in the consultation. This included addressing cost of living concerns with a £110m scrappage scheme for low-income Londoners and extending the exemptions for disabled Londoners.

“TfL takes its responsibility to run robust and legally compliant consultations extremely seriously, with an independent consultancy putting together the final analysis and report, and any suggestion that TfL or the Mayor has sought to influence the results of the ULEZ consultation is simply untrue.

“As part of a rigorous consultation process, it was right for TfL to seek responses from as wide a range of Londoners as possible, including young Londoners – whose lives will be affected by air pollution for years to come.”