The Queen hosted her annual garden party on May 29 this year at her residence in Buckingham Palace. This was just one of three the royal matriarch will hold every year, with total guest numbers numbering 30,000. Among guests this year were members of the Royal Family, celebrities and members of the International Cricket Council.

Who was at the royal garden party?

These are the most notable people who turned up to the garden party this year: 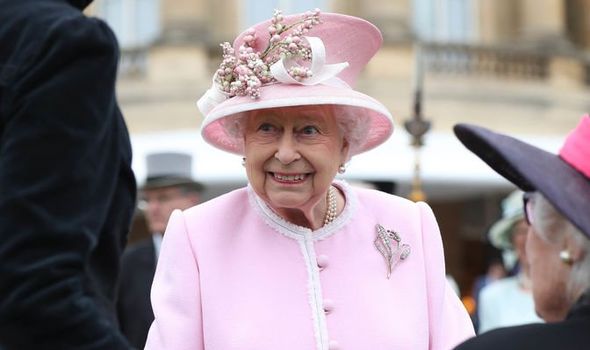 Most guests are invited for their significant contributions to local communities and include representatives from chosen royal charities.

The Queen invites 30,000 people to attend her garden parties every year.

Some 8,000 people were in attendance at this year’s soiree, according to the Duke and Duchess of Sussex’s Instagram account.

Men who attend are asked to wear a morning dress or lounge suit, and women a day dress with a hat or fascinator. 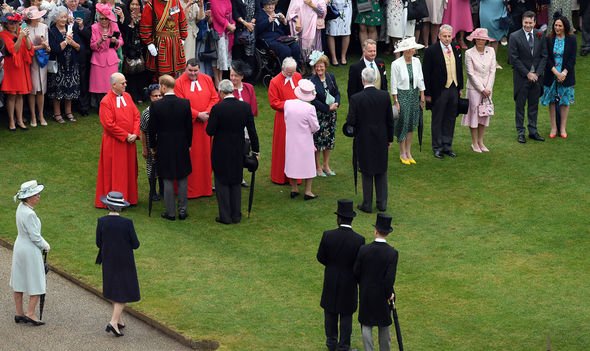 Yesterday’s garden party was the first of three in 2019, with another two scheduled for June and July.

One person notably absent this year was Meghan Markle.

The Duchess of Sussex only recently welcomed her first child with Prince Harry – Archie Harrison Mountbatten Windsor – on May 6.

As such, she is still on maternity leave from her royal duties and did not attend the garden party.

Regardless, she joined Prince Harry and invited representatives from several of the Sussex’s chosen charities to attend. 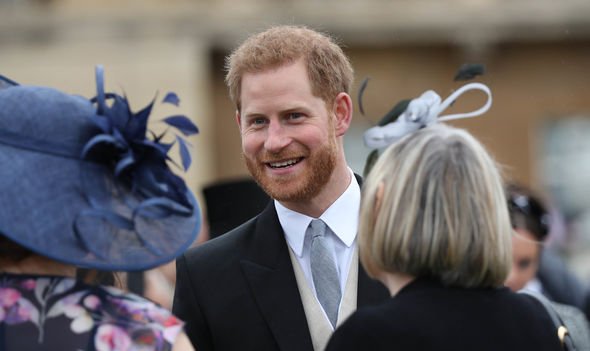 Since Meghan was absent during the garden party, she was unable to greet people from her personally chosen charities who turned up.

Meghan’s guests came from charities including The Mayhew, The National Theatre, Smart Works, and The Association of Commonwealth Universities.

Harry’s own personal guests were few and included a representative from African Parks NGO and a mental health consultant from Invictus Games.