Royal baby news: Who will Meghan and Harry choose as godparents? REVEALED

The Duke and Duchess of Sussex confirmed the little boy was born early this morning, weighing 7lbs 30z.

Meghan, along with the baby, are doing well, Prince Harry said in an emotional statement.

The Queen, Meghan’s mother Doria Ragland and the rest of the Royal Family have been told the good news.

Buckingham Palace/Kensington Palace said: “The Queen, The Duke of Edinburgh, The Prince of Wales, The Duchess of Cornwall, The Duke and Duchess of Cambridge, Lady Jane Fellowes, Lady Sarah McCorquodale and Earl Spencer have been informed and are delighted with the news.

“The Duchess’s mother, Doria Ragland, who is overjoyed by the arrival of her first grandchild, is with Their Royal Highnesses at Frogmore Cottage.”

The newest addition to the Royal Family is seventh-in-line to the throne, and now all the attention has turned to who the lucky godparents will be.

It is understood Meghan and Harry have already decided who will be granted the privilege, with the pair expected to follow royal tradition by selecting close friends and family members. 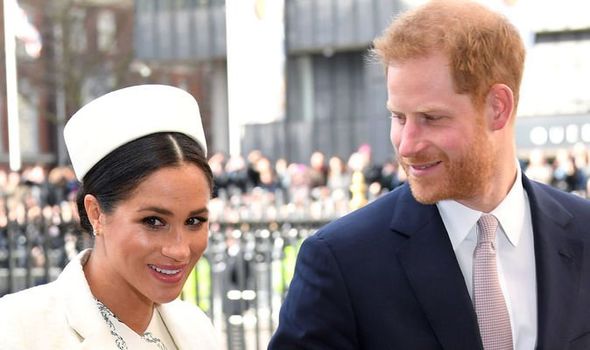 Former royal butler and commentator, Grant Harrold, says the Duke and Duchess could even choose up to eight godparents, which is the number the Queen chose for the heir-to-the-throne Prince Charles.

Prince William and Kate, the Duchess of Cambridge picked seven godparents for Prince George, five for Princess Charlotte and six for Prince Louis.

Mr Harrold believes close relatives to Princess Diana could also be under consideration for Meghan and Harry.

The British Etiquette Expert told Express.co.uk: “The godparents will be close family and friends or even members Princess Diana’s family. 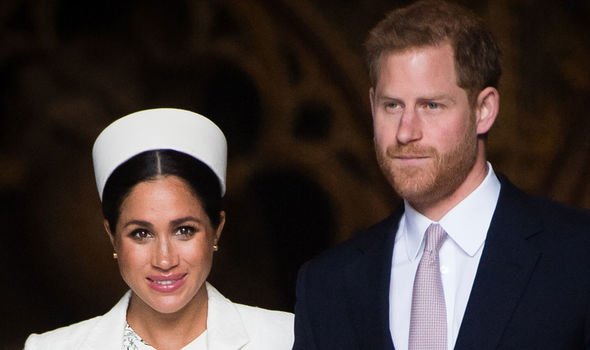 “I am sure that this decision will have already been made.”

Mr Harrold confirmed it is royal protocol for the senior royals and the Queen to be “involved in the discussion” however the final the decision will be “entirely up to the royal parents”.

He added: “The Queen would not have to approve the godparents of Prince Harrys son or daughter. 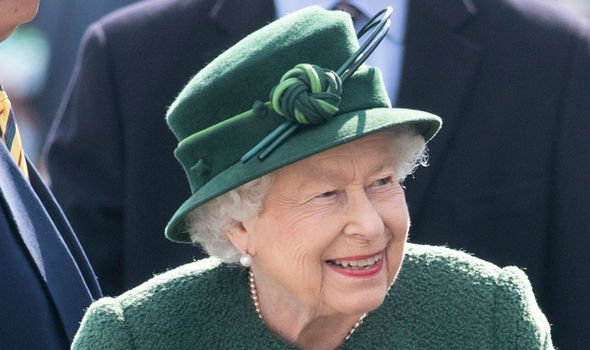 “However, I have no doubt the family would be very much involved in the discussion and the Queen would be advised by her grandson and his wife ahead of the godparents being informed of the honour bestowed upon them.”

Royal fans are keen to guess who the fortunate few may be, however in recent years members of the royal family have sprung some surprises and gone against tradition.

The royal expert said: “Interestingly enough, one of Prince George’s godparents is Mr Jamie Lowther-Pinkerton, who was the private secretary to HRH Prince William and Prince Harry so this demonstrates even royal staff can be given the honour.”

Canadian fashion stylist Jessica Mulroney, who is one of Meghan’s best friends, is widely considered to be chosen by the Sussex’s and is the favourite with the bookmakers.

Princess Eugenie is one of the royals who is most likely to be considered, whilst Harry’s former nanny Tiggy Pettifer is believed to have an outside chance.

Coral’s Harry Aitkenhead told Express.co.uk: “Royal children usually get more than one godparent and there’s certainly no shortage of candidates given the Duke and Duchess’ connections. 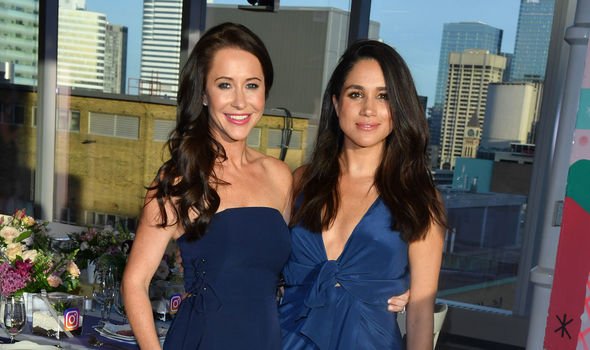 “We make Jessica Mulroney heavily odds on at 1-2 to be named as one and she looks to be a banker.”

He added: “Princess Eugenie could be in the frame too at slightly longer odds, whilst Harry’s old nanny Tiggy Pettifer is said to remain close to the family and might be an outside bet.”

Royal heartbreak: Prince Harry and William were ‘a genuine double act’ before feud